09/09/2017 - VENICE 2017: The winner of the GdA Director’s Award, Colombian director Jhonny Hendrix Hinestroza’s film is a treasure trove of emotions and humanity, co-produced with Germany and Norway, among others

The 14th edition of the Giornate degli Autori at the 74th Venice Film Festival has drawn to a close with an explosion of emotions, plus a few tears, thanks to the new film by Colombian director Jhonny Hendrix Hinestroza, Candelaria [+see also:
trailer
interview: Jhonny Hendrix Hinestroza
film profile], which has also just taken home the top prize in this section, the GdA Director’s Award (see the news). The movie is set on Cuba during the Special Period midway through the 1990s, at a time when a strict trade embargo was in force. The protagonists are a magnificent couple of septuagenarians who, as they hurtle towards the sunset of their lives, rediscover mutual love, and even a touch of passion.

The film’s entire premise rests on the two elderly spouses, Candelaria and Victor Hugo, played harmoniously and with enormous sensitivity by Cuban actors Veronica Lynn and Alden Knight. The director is let into their house, with its peeling walls, where every evening they have dinner by candlelight – not because of any particular spark of passion, but rather owing to Havana’s rationed electricity supply. Their monotonous lives drift by, as they eat their meagre meals and are forced to endure all kinds of deprivation. They tend to a quintet of chicks in their house as if they were their children, Candelaria sings in a bar for tourists, and Victor Hugo sells stolen cigars on the sly so that he can afford to buy meat once in a while. One day, however, the discovery of a video camera mislaid by some foreign holidaymaker serves to turn the routine of the husband and wife on its head. What should they do? Return it, sell it on, or hang onto this forbidden object?

Just when it seems to have arrived at the very core of its narrative – involving the mischievous game that the two spouses engage in thanks to the presence of the video camera in the house, which stirs up an unexpected passion in them – Hendrix Hinestroza’s movie unfurls an additional and surprising scenario that sees the couple subject to an indecent proposal from an unscrupulous receiver of stolen goods (Austrian actor Philipp Hochmair). The question at this point becomes a different one: what are we willing to do to lead a slightly more comfortable life? And when is it time to say enough is enough?

Amusing, outrageous and, ultimately, moving, Candelaria seduces us through the subtlety with which it tackles the topic of sex in old age, through how it lays bare (literally) the life of a couple of seniors compelled to come up with little tricks to survive, through its exciting close-ups, the music and colours of Cuba, and through the incredible joie de vivre it exudes. It is a personal story in which the socio-political context has an understated presence (we hear conversations on the radio, and we know intuitively that there are protests taking place in the street), and instead it centres on a great love, showing us how people can be tremendously breezy, even in their seventies.

VENICE 2017: Colombian director Jhonny Hendrix Hinestroza brings the Giornate degli Autori to a close in Venice with his Candelaria, which he talks to us about

Ajaccio wraps its celebration of Spanish and Latin American film

The film by Brazil’s Beatriz Seigner, co-produced by France, has triumphed in the work-in-progress event organised at Cinélatino – Rencontres de Toulouse

Cinélatino kicks off in Toulouse

The 30th edition of the event will run until 25 March with a rich programme, from competitions to the Films in Progress work-in-progress section

VENICE 2017: The winner of the GdA Director’s Award, Colombian director Jhonny Hendrix Hinestroza’s film is a treasure trove of emotions and humanity, co-produced with Germany and Norway, among others

Candelaria comes out on top in the Giornate degli Autori

The autonomous section will be held during the Venice Film Festival from 30 August to 9 September. Directors whose works have been chosen include Shirin Neshat, Vincenzo Marra, and Pen-ek Ratanaruang 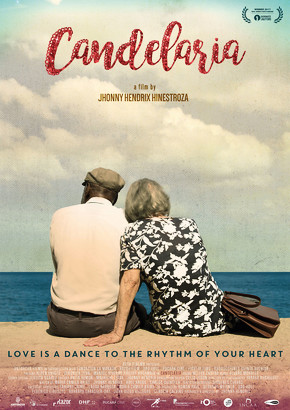 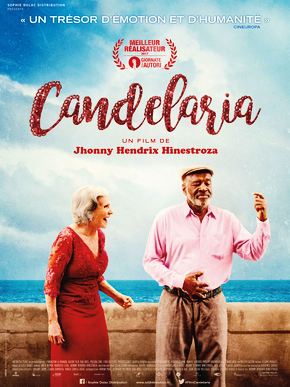 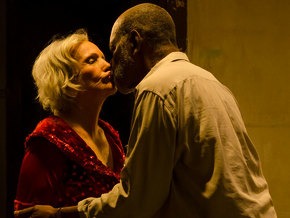 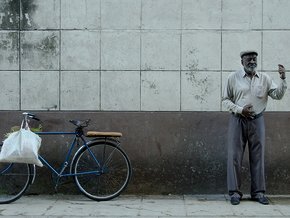