The documentary Of Sheep and Men [+see also:
trailer
film profile] by the young Swiss director of Algerian origins, Karim Sayad (multi-award winning thanks to his debut short film Babor Casanova in 2015), was presented in the TIFF Docs section at the Toronto International Film Festival.

Algiers, Habib, a 16-year-old teenager looks towards future that seems to have already been laid out for him: "My dream was to become a vet, but I didn't go to school... I know many people who went for nothing... my only goal is for my sheep to win three fights." The streets and his neighbourhood are his school. But how do you survive when all hope seems to have vanished? How do you gain respect in a neighbourhood where appearance counts for more than anything else? Habib decides to train a sheep baptised as El Bouq, in the hope of becoming a champion. Karim Sayad later switches his elegant and intense focus to another character: Samir, 42, and the broken pieces of life held together by selling sheep. His face, which bears the marks of struggles, deprivations, frustrations and acceptance, gives him a millennial appearance with a bitter aftertaste. Eid is fast approaching: Will El Bouq become a champion or will he submit to his fate as a sacrificial animal? And will our sheep dealer ever succeed in increasing his slim revenues thanks to the traditions of Eid?

In Karim Sayad's documentary, the majestic, mysterious and hypnotic images express what characters aren't able to or do not want to express: fragility, fears and a melancholy that is linked to a life that seems to be fading relentlessly. The director's gaze, while also being both sensitive and incisive, provides the characters with some humanity by allowing them to live and to exist beyond the rules imposed on them by their society. The characters don't speak much, but when they do their words cut to the core: "in this country the big fish eat the little fish... and if, like us, you don't have anything, you eat your bread and you shut up" says Samir, as if to remind us that the society in which he lives is split in two : the winners and the losers, silent and tired. Words are the privilege of those who "count", those who sit at the top of the social pyramid. Pointing his gaze downwards, Karim Sayad breaks these unspoken and unbreakable rules.

Of Sheep and Men sets the scene for Samir and Habib's controversial relationships with their rams, who they treat both tenderly (caressed, nourished, washed...) and with ritual violence (fights and, in extreme cases, sacrifices). A report on Algeria's own history, which is also somewhat built on cruelty and sacrifice, ancestral rituals and a thirst for modernity, freedom and submission. The indelible scars of its past have made the country hard and uncompromising and have allowed an authoritarian ruling class to impose its rules. What are the prospects for the majority of the population? Must they submit or continue fighting, even though they no longer possess the strength to walk? The final scene in which Habib is filmed, backlit, in a pose that is reminiscent of San Sebastian with arrows in his side, seems to turn him into the very incarnation of a martyr, just like his sheep.

A bit like a Middle Eastern Pasolini, Karim Sayad, who normally hides in the shadows, shows the contradictions of a society where the few live well and the many live miserably.

Of Sheep and Men was produced by the Genevian company Close Up Films and was co-produced by Parisian Norte Productions. Autlook Filmsales is responsible for international sales.

more about: Of Sheep and Men

With style and great attention to detail, the Swiss-Algerian director Karim Sayad observes the day-to-day of a man wrestling with the dilemmas of his life

Selected titles have been announced for Platform, TIFF Docs and Midnight Madness, with Borg/McEnroe to open the 42nd TIFF 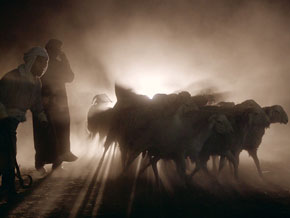 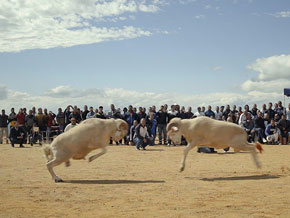 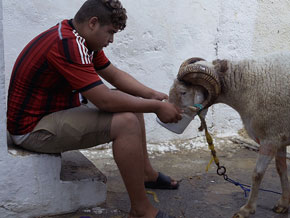 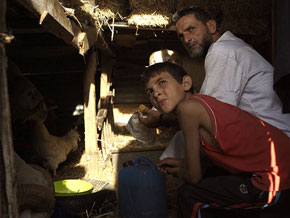