18/09/2017 - TORONTO 2017: French auteur Xavier Beauvois delivers a low-key drama on the impacts of WWI on the women who were left behind, dominated by rising star Iris Bry’s performance

Iris Bry in The Guardians

Set in rural France, the narration follows the saga of the Paridier family, starting in 1915, soon after the outbreak of World War I, and lasting up until the end of it. Matriarch Hortense (Nathalie Baye) is responsible for running everything on the family farm, since all the male members – her sons, Constant (Nicolas Giraud) and Georges (Cyril Descours), and her son-in-law Clovis (Olivier Rabourdin) – have been sent to the front, and she’s left with her pregnant daughter Solange (Laura Smet), who’s responsible for the kitchen. Hortense needs help to work the fields, and she finds a new farmhand, Francine (Iris Bry), who is “as good as a man” for the harvest. Francine will prove herself useful, and apart from her efficiency in the fields, she will become an indispensable member of the Paridiers. Everything will change after she meets Georges, as their mutual attraction will lead to a long-distance, epistolary relationship when he returns to the battlefield. But things will take a dramatic turn when the Americans turn up in the village.

Based on the 1924 novel of the same name by Ernest Pérochon, and adapted by Beauvois himself, Frédérique Moreau and Marie-Julie Maille, The Guardians is a purely feminist war film, even though the war is not explicitly depicted, but rather hinted at. With his all-female leading cast, the director uses vivid colours to illustrate the way in which a purely agricultural society coped with one of the most devastating historical periods and how, at the same time, it matured financially and changed structurally. Women start to stray from their early 20th-century roles. Hortense, portrayed by impressive veteran Baye, becomes the head of the household and makes all of the crucial decisions, especially when her family’s honour is in jeopardy. Solange seems extremely progressive and even emancipated for the standards of the era. Finally, Francine, who’s depicted by mesmerising newcomer Bry, a true cinematic revelation, shows the path to the future and how women will evolve in the absence of men. On the flipside, the male characters are almost transparent; they have secondary roles supporting the females. As they attempt to heal their traumas, they begin to reminisce about what they used to be.

Beauvois follows a classic linear narration, which doesn’t seem outdated but rather does justice to the grandeur of the subject. Spanning multiple periods and seasons, set within a picturesque frame by his regular cinematographer, Caroline Champetier, and paying great attention to detail, the film rouses some real emotions. The essence of this character-driven story is an old-school, subtle drama that really gets under the skin, exposing the necessary emotional intimacy. The Guardians is a low-key war drama discreetly enveloped in legendary composer Michel Legrand’s melodic score, which further elevates its refinement, despite the harshness of its subject matter.

The Guardians is a French-Swiss co-production by Sylvie Pialat and Benoît Quainon (Les Films du Worso) with Rita Productions and France 3 Cinéma, and was supported by the CNC and Eurimages. Pathé also co-produced and handles the international sales.

more about: The Guardians

"I wanted to make a film about women"

TORONTO 2017: In conversation with French filmmaker Xavier Beauvois about his new film The Guardians, world-premiering at Toronto

BERLINALE 2021: In his usual punchy fashion, the French director sheds light on his sensitive fiction film which treads the line between social realism and inner emotion

On the programme (16-18 March) are screenings, discussions and a workshop with the directors Susanna Nicchiarelli and Laura Bispuri, screenwriter Antonella Lattanzi and the producers of Vivo Film 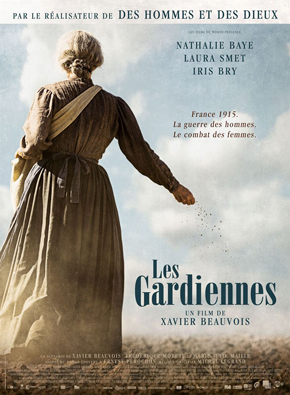 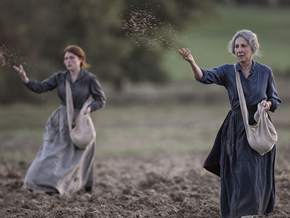 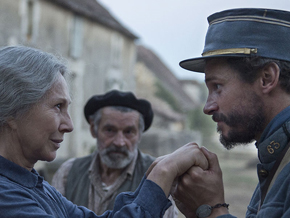 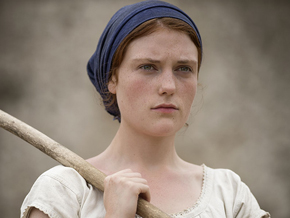