Blue My Mind: A charming yet dangerous emotional rollercoaster

An accomplished actress and a recent graduate in Film Directing from the Zürcher Hochschule der Künste, Lisa Brühlmann debuts with a very personal film that slips progressively into the supernatural, leaving the audience uncertain about the development of the events on screen. Provocative and refreshing, Blue My Mind [+see also:
trailer
interview: Lisa Brühlmann
interview: Luna Wedler
film profile], which is being screened in the New Directors section at San Sebastian Festival, forces us to reassess our concept of "normality," and encourages us to play with fire in the company of the young and unwavering Mia (Luna Wedler), the film's protagonist.

"You have everything, for heaven's sake!" Mia's father shouts in the film's opening sequence, scolding her for yet another fit of rage unleashed upon her mother. But what exactly does "everything" entail? It’s precisely this pivotal point around which the transformation of the fifteen-year-old protagonist develops, imprisoned in a body, in a home, in a society that she doesn't fit into but which she cannot escape. Of course, on a superficial level she appears to have everything (the rich and somewhat sterile suburb that her parents have just moved to seems to be a closed circuit) but on a deeper level, in the depths of her transforming body, does Mia really have it all?

Like an erupting volcano, the protagonist of Blue My Mind seems to move involuntarily, driven by an increasingly uncontrollable instinct, as if hypnotised by her own courage. Determined to drown her sorrows with copious amounts of alcohol and occasional encounters that become routine, Mia starts to run more definitively, at breath-taking speed, distancing herself from a life that has already been planned out for her.
But once she hits rock bottom will she be able to muster the courage to get back up? And what if her salvation is actually hidden right down there in the abyss?

The strong contrasts used by Lisa Brühlmann to obscure the protagonists' faces (often backlit, almost completely obscured or otherwise blindingly lit up) highlight the uncontrollable violence that lives inside them. Rising up against the logic of compromise that seems to invade their daily lives, reflecting on the actions of the adults who surround them, Mia and her companions are starving. There's no middle ground, what makes them tick is danger, an almost animalistic call that keeps them together as a pack of adolescents.

While on the one hand the adults try to rationalise situations (including a very interesting scene in which Mia meets up with a thirty-year-old after meeting him online, who tries in vain to have a chat with her), it's actually through their bodies that the protagonists of Blue My Mind express themselves. A deafening dialogue that forces us to reflect on the most true and mysterious parts of ourselves that have disappeared with adulthood. "I just want to press pause on life forever. It would be so cool!" says one of Mia's friends while lying in her lap at a impulsive house party. Instead, we must go forward, while trying to sacrifice as little of our instinct as possible. Otherwise like Mia, we could refuse to sacrifice any of our instinct at all, and instead choose a sort of metaphorical exile in the depths of the abyss, rather than live through the pain of betrayal. A skin-deep film from a director of such sensual pleasure.

Blue My Mind was produced by Zürcher Hochschule der Künste together with Tellfilm GmbH and Schweizer radio und Fernsehen, SRG SSR. Be For Films is responsible for international sales.

more about: Blue My Mind

BERLIN 2018: We have chatted to Luna Wedler, the Swiss participant in the 2018 Shooting Stars, about her career

“Because I was an actor, I try to give my actors what I would have needed: space”

SAN SEBASTIÁN 2017: We chatted to Swiss filmmaker Lisa Brühlmann about her feature debut, Blue My Mind, which is currently taking part in New Directors at the San Sebastián Film Festival

"Fantasy is becoming a more attractive genre thanks to generational changes"

We interviewed Anaïs Emery, the charismatic artistic director of Neuchâtel International Fantastic Film Festival (NIFFF), due to take place from 6 to 14 July

A strong presence on the festival circuit and a large number of young, energetic and promising directors have characterised Swiss cinema this year

"The biggest challenge in Switzerland is probably the language"

Oldenburg 2018 ends on a Promise 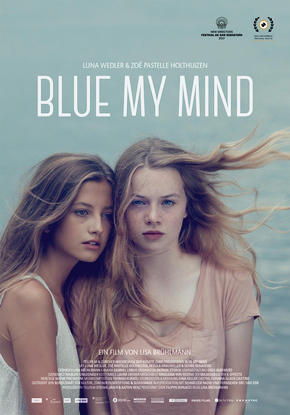 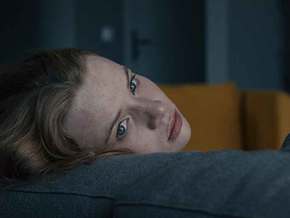 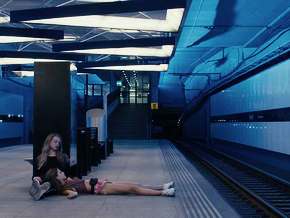 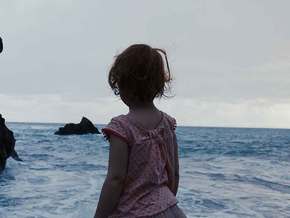