27/09/2017 - SAN SEBASTIÁN 2017: Aitor Arregi and Jon Garaño display sensitivity and restraint in this painstaking and compelling account of a real-life case, without once puncturing its aura of epic romance

Three years ago there appeared in the official section of the San Sebastián International Film Festival a Basque-language film of astonishing finesse, searing intimacy and great emotional power, directed by Jon Garaño and Jose Mari Goenaga: Flowers (Loreak) [+see also:
film review
trailer
film profile]. This year, the festival’s 65th, has seen the arrival of another Basque-language film, this time directed by Garaño and Aitor Arregi — although Goenaga has been working away in the background, both co-writing the script alongside the directors and Andoni de Carlos and directing the work of the second unit and the production team. Giant [+see also:
trailer
interview: Aitor Arregi and Jon Garaño
film profile] is a historical film with a hefty budget and a heightened cinematic splendour compared to its predecessor, but steeped in that very same sensitivity and emotional eloquence.

The triumph of Giant is that it succeeds in pulling off a magical marriage between the epic and the intimate. Although the film sets out to conscientiously (but without a hint of self-congratulation) reconstruct an event that occurred in the nineteenth century, involving a man who couldn’t stop growing, it is more than anything else a family drama, with the central tension emerging in the relationship between two brothers (superb performances from Joseba Usabiaga and Eneko Sagardoy), separated by war and each with a different attitude towards the challenges of the future. There’s also a whiff of adventure and period drama about Giant. The directors have not allowed themselves to be distracted by their ramped-up budget and production scale, bigger than any film they have made before either together or apart, but kept a tight rein on the story they always wanted to tell. The result is a film that, little by little and without putting on airs, will touch the hearts of its audience.

In terms of its premise and narrative approach, the film might bring to mind other stories of a similar vein, in which wretched creatures are turned into freak-show attractions — such as David Lynch’s The Elephant Man.But Arregi and Garaño frequently call up the spirit of another David: Lean. Here, as in Ryan’s Daughter or A Passage to India, spectacle and splendour play second fiddle to the plot, awash with psychological complexity thanks to the conflictual relationship between the central characters. In the same way, the film’s copious special effects are presented, not as Olympic feats aimed at dazzling the audience, but as interwoven and supportive elements indispensable for the credibility of the Basque giant’s story.

Despite the fact that the first images seem to promise a cinematic spectacle, Giant is this and much more: it’s a poignant story of fraternal love which, along the way, touches subtly on other weighty questions like the appetite for fame, the making of myths, territorial identity, gross commercialism, the unstoppable evolution of society, the inevitability of change, intergenerational conflict and the debasement of the self in pursuit of an equivocal success. In tackling these themes, burning issues for our times, Giant reveals itself to be both a classic saga in structure and narrative style (not a single discordant note nor a hint of heavy-handedness are to be found here) and a thoroughly contemporary tale.

Giant was produced by Basque companies Irusoin, Aundiya Film A.I.E., Moriarti Produkzioak and Kowalski Films S.L. In association with ETB, Euskaltel and TVE, with support from the Basque Government, the Guipuzkoa Provincial Council and the ICAA. International sales are being managed by Barcelona-based Film Factory Entertainment, and the film will be released in Spain on 20 October, distributed by A Contracorriente Films.

“The biggest challenge was having a giant for a main character”

SAN SEBASTIÁN 2017: Basque filmmaking duo Aitor Arregi and Jon Garaño present Giant, a period drama that recounts the true story of the so-called "Giant of Altzo", who lived in the 19th century

The surprise hit of this year’s edition has scooped three awards, while Proxima, The Endless Trench, Greta Fernández and Nina Hoss also shone bright on the winners’ list

Aitor Arregi, Jon Garaño and Jose Mari Goenaga revisit the horrific plight of the Spanish men who spent years in hiding for fear of Francoist reprisals

James Franco, who won the Golden Shell 2 years ago, will be vying for the prize once again, going head to head with filmmakers such as France’s Guillaume Nicloux and German actress-director Ina Weisse

Champions is Spain’s attempt to scoop an Oscar

The box-office smash by Javier Fesser, starring Javier Gutiérrez, has been chosen by the Spanish Film Academy to vie for a nomination for Best Foreign-language Film 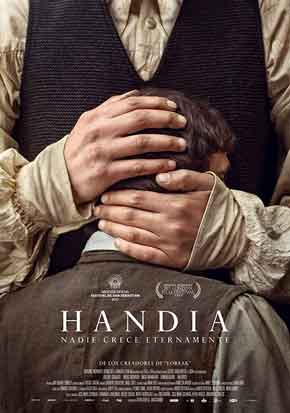 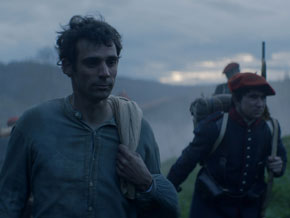 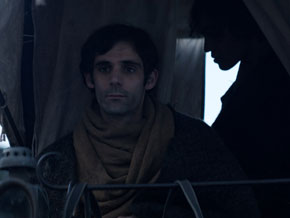 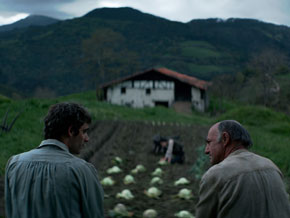 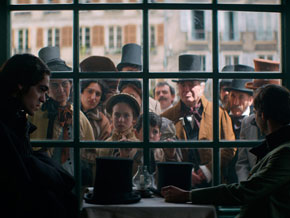 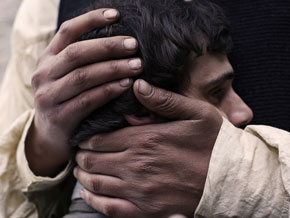 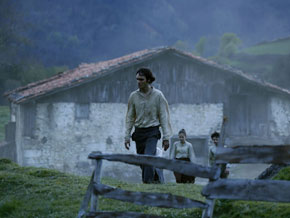