Belgian director-writer-producer Gilles Coulier has already seen two of his short films selected at Cannes: Iceland (2009) in Cinéfondation and Mont Blanc (2013) in the Official Competition. In 2014, he turned his focus to television, as one of the creators of the well-received comedy series The Natives (2015), which he also co-produced. Afterwards, the filmmaker started developing his first feature film, Cargo [+see also:
trailer
interview: Gilles Coulier
film profile], which is competing in the New Directors programme of the 65th San Sebastián International Film Festival.

Set in the coastal city of Ostend in West Flanders, the story follows the struggles that the Broucke brothers have had to face since their father, Leon (Roland Van Campenhout), fell overboard from their fishing boat during a storm at sea. The eldest son, Jean (Sam Louwyck), the sole witness to the event, has to deal with their father, who’s now in a deep coma, the huge debt that he left the family fishing business in, and his eight-year-old son’s future. His younger brother, Francis (Wim Willaert), is trying to strike a balance in his life between his family duties and his personal passion as he prepares to escape with his secret lover. When the family’s black sheep, William (Sebastien Dewaele), returns home asking for redemption, the relationships among the brothers will become even more complicated and the lack of communication more evident than ever.

Cargo is a character-driven family drama that aims to feel and be realistic, with a subtle and straightforward form of narration. Coulier, who co-penned the screenplay with screenwriter Tom Dupont, burdens his characters with cargoes that they seem unable to handle or accept. Despite the fact that they are all members of the same family, these gruff fishermen always keep themselves at a distance and endure their personal torments alone. The lack of any emotional communication among the brothers, which is intensified by both the lack of female characters around them and the extremity of their job, creates an unresolved jigsaw of lost connections and emptiness that it is impossible to fill or replace. It is only the fear of the father’s death, also an obvious metaphor for the death of the fisherman, that ostensibly bridges the gap among them and keeps their egos at bay.

The North Sea, dramatically captured by Coulier’s regular cinematographer, David Williamson, will become the sole purgatory for these three apparent strangers. They can only feel connected when silence evokes and interferes with their innermost thoughts and true feelings, or even more so when the sea breeze goes some way to filling the abysmal communicative chasm that exists among them. Following in the footsteps of edgy family dramas that Flanders has delivered in the recent past, Coulier avoids the possible melodramatic pitfalls, despite the multiple personal and social issues that he’s dealing with, and delivers a bleak and solid drama that, in contrast with his heroes, becomes poignantly emotional.

Cargo is a Belgian-Dutch-French co-production by Coulier’s production company, De Wereldvrede – which he co-founded with Gilles De Schryver and Wouter Sap – together with Halal Pictures, Chevaldeuxtrois and Belgian public TV station Eén. It was supported by the Flanders Audiovisual Fund and Screen Flanders. French sales agent Wide handles the international sales.

SAN SEBASTIÁN 2017: We talked to Belgium’s Gilles Coulier to discuss the story and themes behind his feature debut, Cargo, screening in New Directors

Tallinn announces all seven of its juries

The 19th edition of the event dedicated to European cinema will take place from 2-11 November, and will boast a barrage of premiere screenings and films as yet unreleased in France

Racer and the Jailbird wins big at the Flemish Ensors

Cargo, Façades and Racer and the Jailbird lead the Ensor nominations

Jens Assur’s feature has come out on top, while Vahid Jalilvand and Hlynur Pálmason left with two of the main awards from the 58th Thessaloniki International Film Festival

The programme has been revealed for the rich 9th edition of the Les Arcs European Film Festival, which is due to take place from 16-23 December 2017 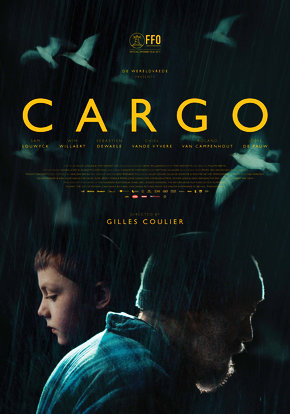