The Motive: Whatever it takes to follow your dream

27/09/2017 - SAN SEBASTIÁN 2017: Manuel Martín Cuenca directs this sharp satire about the stratagems employed by many a creative type, be they writers, artists or filmmakers

Javier Gutiérrez in The Motive

Manuel Martín Cuenca never shies away from tricky subjects, and his films often touch a raw nerve. His first, The Weakness of the Bolshevik, dealt with paedophilia; Half of Oscar [+see also:
trailer
making of
film profile], his first foray into self-production, tackled incest; and Cannibal [+see also:
film review
trailer
interview: Manuel Martín Cuenca
film profile] (which won multiple Goyas and earned a best cinematography gong for Pau Esteve Birba at San Sebastián in 2013) centred around a gent with a predilection for human flesh. Now he’s back in the official competition at the San Sebastián International Film Festival with a portrait of a pretty nasty piece of work willing to do anything to realise his dreams of success, fame and, so he believes, immortality. Co-produced once again by the director himself, The Motive [+see also:
trailer
interview: Manuel Martín Cuenca
film profile] is an adaptation (written in collaboration with habitual partner Alejandro Hernández) of Javier Cercas’ first novel of the same name (Cercas also wrote Soldiers of Salamis, brought to the big screen by David Trueba in 2003).

Starring an unstinting Javier Gutiérrez (winner of the Goya for Best Leading Actor for Marshland [+see also:
film review
trailer
interview: Alberto Rodríguez
film profile]), The Motive introduces us to the wretched and hapless Álvaro, a notary who dreams of becoming a serious writer: profound, critically acclaimed and remembered by history as the creator of a unique and incomparable oeuvre. With this goal in mind he attends workshops and seminars on writing, like those delivered by the teacher Juan (a splendid Antonio de la Torre), while his wife Amanda (María León) is showered in accolades after publishing her own best-seller.

Álvaro is a jealous, ambitious man, beset by crises on professional, personal and romantic levels. It’s a recipe for a character that should arouse our pity, but thanks to the dark humour that oozes from Cuenca’s film, he manages to make us laugh. Álvaro is good for a chuckle not only by virtue of his cack-handedness, pettiness and attempts to manipulate others, but because his transgressions are of a kind to which we ourselves can so easily relate. We all have an inner Álvaro: a dreamer, a fool, a desperado, a neurotic. Haven’t we all dreamed of outdoing our peers, and to hell with the cost?

Well, this bungling would-be Nobel prize winner might just do it, but in a way he could never have imagined, as the film’s superb ending reveals. Filmed in Seville, it’s studded with narrative gems, like the desk that’s as spotless and shining as a blank sheet of paper, or the shadow puppet theatre projected onto the wall of an inner courtyard that feeds Álvaro’s imagination, firing up both his creativity and his spite — leading to some unpleasant surprises brought about by phony benevolence and tolerance and latent classicism and xenophobia.

Ultimately, the hunter and the hunted are playing the same game. Martín Cuenca’s send-up of his own craft is evidence not only of his ample talents, but also of an abundant sense of humour. The FIPRESCI prize awarded to The Motive following its world premiere at the recent Toronto International Film Festival might well be just the first in a string of plaudits for the film. Destined for triumph? Only time will tell.

The Motive is a co-production between Mexican company Alebrije Cine y Vídeo and Spain’s LaZona Films, Icónica Producciones and La Loma Blanca P.C. Distribution and sales are being overseen by Filmax International. The film has benefited from support from the ICAA, the Regional Government of Andalusia, Televisión Española and Canal Sur.

more about: The Motive

“Thanks to Netflix, more people will be able to enjoy my film”

SAN SEBASTIÁN 2017: Spain's Manuel Martín Cuenca makes a fresh bid for the Golden Shell with The Motive, winner of the FIPRESCI prize at the recent Toronto International Film Festival

Following a two-month shoot in Melilla, Seville and other Andalusian locations, this début film has won the backing of La Claqueta and Powehi Films

The Spanish director’s new feature film is being shot over six months in different Andalusian locations, with Javier Gutiérrez and Patricia López Arnaiz in the leading roles

Tijuana Bible by Jean-Charles Hue is in post-production

Paul Anderson and Adriana Paz star in the new film by the director of Eat Your Bones. A Les Films d’Avalon production sold by Orange Studio

The two-time Goya winner is heading up the cast of the new film by Oriol Paulo, who hopes to replicate the success of The Invisible Guest

Latido takes Champions to the EFM

The Spanish international sales agent is handling the rights for Javier Fesser’s new film, which looks set to become a veritable cinematic phenomenon in the coming months

Giant may have taken home ten trophies, but the Catalan filmmaker pocketed the most important prizes with her European co-production The Bookshop 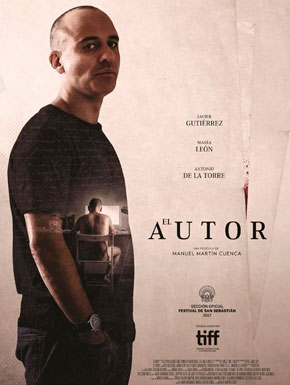 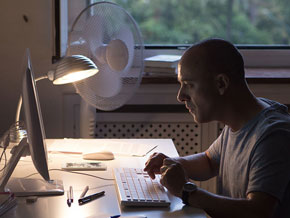 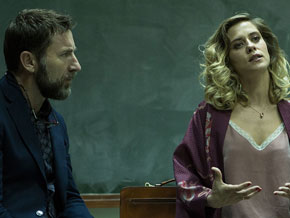 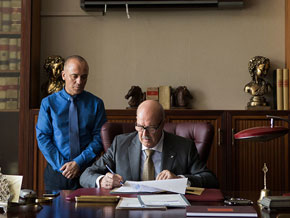 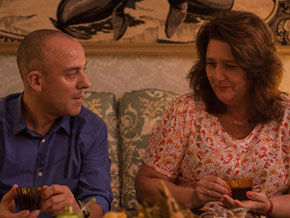