Dying: Until your last breath

Fernando Franco’s second film sets out its stall quite clearly in the title: this is not a comedy. The word Dying [+see also:
trailer
interview: Fernando Franco
film profile], one of humanity’s most reviled verbs, is emblazoned across the official poster. Wounded [+see also:
film review
trailer
interview: Fernando Franco
film profile], selected to compete at the San Sebastián International Film Festival four years ago, was a reflection on mental illness. Now Franco is back for the festival’s 65th edition with a new film, this time screening out of competition. Dying is perhaps not quite as grim as its predecessor, but it exudes the same sensitivity, naturalism and courage. Like Wounded, it paints an accurate portrait of an event both mundane and shocking, something we never want to talk about but that we all have to face at some point in our lives.

Franco introduces us to Marta and Luis, a couple on holiday. One day, by the sea, he breaks the news that he is suffering from the same illness that claimed the life of his father, and explains that he wants to live the months he has left without doctors or hospitals. Marta begs him to get medical treatment. The story that ensues is a chronicle, realistic but not crude, of this agonising impasse. The director has chosen to fix his gaze not on the dying man, but on the woman who loves him, who is blasted by all kinds of discord (sudden changes of mood, jealousy, evasion...) while the dreaded but inevitable conclusion lingers on the threshold.

Inspired by the novella of the same name by Arthur Schnitzler, the director and his screenwriting partner Coral Cruz have instilled some of the bleak spirit of the original in this cinematic reinterpretation which, amongst other tensions, explores how the vicissitudes and perversities of fate wreak havoc on our emotions. Through the performances of two actors of such composure and generosity as Andrés Gertrúdix and Marian Álvarez, who charge every silence, every look, every movement with meaning, the viewer becomes a first-hand witness to this tidal wave that threatens to engulf the couple. Álvarez’s character, whose patience and love are met with a torrent of rage and blame, never slips into melodrama or maudlin sentiment. Her performance is understated and matter-of-fact, Marta’s misfortunes presented as something as unremarkable as washing the dishes.

The sound and narrative pace have also been delicately manoeuvred by Franco, with the result that the film’s mood is conveyed not only through the landscape but also through silence. At the same time, the couple at the heart of the story have a common passion for music. Mursego and Javi P3z have composed new arrangements of popular songs that reflect the solidarity between them and their shared past — a story that is drawing irremediably to its end. The music is significant, because the film itself doesn’t divulge much of Marta and Luis’ background, Franco preferring to allow the viewer to fill in the blanks — just as everyone who comes to see Dying will surely relate the film to their own experiences.

Dying was produced by Kowalski Films and Ferdydurke Films, in association with Film Factory Entertainment (also handling sales), ETB, Canal Sur and Movistar +. The film is supported by the ICAA, the Basque Government, the Regional Government of Andalusia and the Bizkaia Regional Council. It is scheduled to be released in Spain on 6 October by Golem Distribución S.L.

“You have to be plucky to shoot a film”

SAN SEBASTIÁN 2017: Fernando Franco is back at the Basque gathering following the success he enjoyed there with Wounded, although this time around he is out of competition with Dying

Review: Journey to a Mother’s Room

SAN SEBASTIÁN 2018: Celia Rico Clavellino lives up to the expectations generated around her meticulously attentive portrait of a mother-daughter relationship brought to life by her excellent actresses

The third film by the director of Long Distance and Anchor and Hope, again starring David Verdaguer in the lead role, is currently in post-production

The 19th edition of Abycine Festival kicks off on Friday

The Albacete Film Festival, running from 20 to 28 October, boasts a juicy line-up, including the world premiere of El club de los buenos infieles

Dying: Until your last breath

The Basque city will play host to the European premiere of this British/Swedish co-production starring Glen Close and Jonathan Pryce in this, the festival’s 65th year 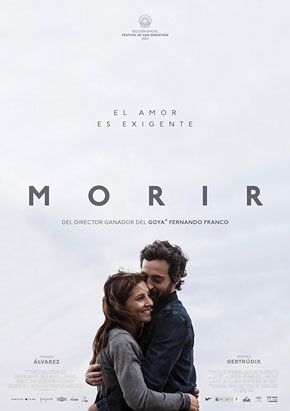 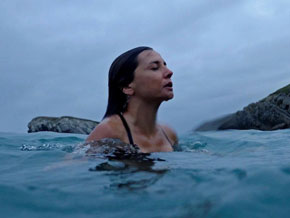 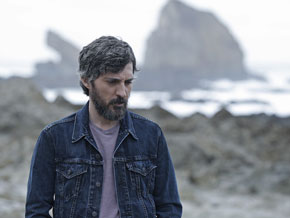 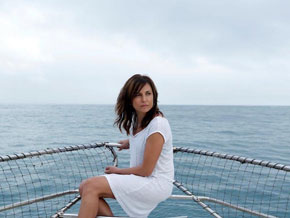 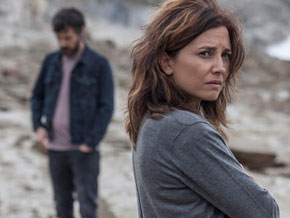