Apostasy: Who’s that knocking at my door

Writer and director Kokotajlo has tapped into his own former life as a Jehovah's Witness to tell this tale of mother and two daughters embroiled in a crisis of faith in Greater Manchester. The film provides fascinating insights into the outreach methods of the religious group, most notably through the teaching of urdu to sisters Luisa (Sacha Parkinson) and Alex (Molly Wright) so that they can then preach ‘The Truth’ to Pakistani residents that they meet door stopping in Oldham. We also see the influence that Elders have on their congregation and the group think commanded by them.

The religious conviction of the sisters’ mother, Ivanna (Siobhan Finneran), is tested when one of her daughters falls pregnant out of wedlock and even more worrying is that the father is a non-believer. Ivana wants him to convert as otherwise her daughter will be disfellowshipped by the congregation. It would make her daughter an apostate and force Ivanna to choose between her faith and her daughter.

The situation also causes friction between the siblings. Director Kokotajlo takes as much care in delineating the personalities of the daughters as he does with introducing the life inside the church. The performances of the two daughters is particularly strong, and the dynamic between them is fraught yet believable. Alex, the youngest child, is devout in her beliefs, but it’s her conflicted behaviour that has most emotional resonance following news of the pregnancy.

However, having introduced a Pakistani boyfriend, not enough is done to explore this relationship. He remains a peripheral figure to the gaze of the director, who is more interested in the relationship between the characters and the church. The introduction of Elder Steven (Robert Emms) adds spice to the proceedings. He begins to court Alex and it’s through them that Kokotajlo hints at what an ideal relationship between the pairing will look like.

It is therefore unfortunate that these relationships are all knocked off-kilter by a massive, surprising event in the middle of the film. A turn that is hinted at in the talk of blood transfusions in the early scenes, but nonetheless still comes as a bit of a shock. Yet, the consequence of this big narrative full stop is that the dynamic tension that has been created between the three women is irrevocably broken and as a result the film loses its way somewhat as the story becomes one of an attempt to reconnect to the church rather than break away from it. Many of the complex grey areas established in the set-up also vanish with the narrowing of the focus of the storyline. What carries Apostasy through these more tepid moments is that the world being explored remains intriguing and unusual.

A Frank & Lively and Saddleworth Films production, the film was developed and produced through Creative England’s iFeatures with the support of BBC Films and the BFI (with National Lottery funding), in association with Oldgarth Media. Sales are being handled by Cornerstone films.

Yorgos Lanthimos’ black comedy has picked up a front-running 12 nominations, while other notable multiple nominees include Bohemian Rhapsody, Roma, First Man and A Star Is Born

BAFTA announces the Breakthrough Brits of 2018

Nineteen breakthrough talents have been named as the UK’s most promising stars in film, games and television

The 36th edition of the festival (10-18 March) will include the screening of over 150 films, as well as masterclasses, workshops and special events

Apostasy: Who’s that knocking at my door

European films in competition include BPM (Beats Per Minute), The Guardians and Lean on Pete

New Directors and Zabaltegi-Tabakalera top off their selections

A month away from its kick-off, the San Sebastián Film Festival has announced a slew of new films that will form part of its parallel sections 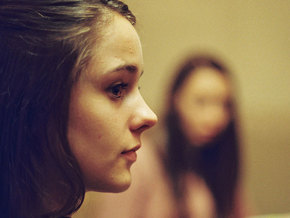 Recipient of a 2020 Cannes Critics’ Week Label and winner at Sitges and Gérardmer, the film finally arrives in cinemas, first in Spain then in France, before its release on Netflix
Igor Stankovic • Distributor, MCF Megacom