16/10/2017 - Zaza Urushadze's new movie, screening at Warsaw, is a kind-hearted drama which nevertheless has a structural problem that undermines its good intentions

Sophia Sebiskveradze and Dmitri Tatishvili in The Confession

Georgian director Zaza Urushadze, whose film Tangerines [+see also:
film review
trailer
film profile] is arguably one of the country's best-known exports, having been nominated for the Best Foreign-language Film Academy Award in 2015, is back with a new film, The Confession [+see also:
trailer
film profile], which has just world-premiered in the Warsaw Film Festival's International Competition.

Priest Giorgi (Dmitri Tatishvili, also seen this year in Urushadze's daughter Ana's Sarajevo winner Scary Mother [+see also:
film review
trailer
interview: Ana Urushadze
film profile]), a former student of film directing, is sent to a parish in a remote mountain village, together with his assistant Valiko (Joseph Khvedelidze in his first feature-film role). Giorgi feels the need to gather the community around the church, and his first promotional move is to screen films for the villagers. They take an old storage house, put up a screen and a projector, and start showing classics – the first being Some Like It Hot. The villagers love it, and one of them mentions that their local music teacher Lili (Sophia Sebiskveradze) looks a lot like Marilyn Monroe.

Indeed she does, as Giorgi and particularly Valiko note as they meet her for the first time. Soon, Lili starts helping out in the church after the regular sacristan's husband dies, and the priest starts feeling an attraction unbecoming of his position. This will, along with a subplot concerning a student of Lili's, lead to a rather dark and unexpected incident.

Much like Tangerines, The Confession is a conventional, almost old-fashioned film. For the most part, it is also positive and good-hearted in its representation of village life, and that of the role of a priest and the church – it is rare today to see religion presented in movies as a positive thing. Giorgi sees his purpose in the village, which has no cinema or internet, as an educational one – a role that the church carried out for centuries, and it is clearly still needed in more remote regions.

The acting is very good all round, with Khvedelidze playing a jovial Sancho Panza to Tatishvili's profound Don Quixote, while Sebiskveradze gives a balanced and intriguing performance as what turns out to be quite a mysterious character. Giorgi Shvelidze's clean cinematography nicely displays the gorgeous natural surroundings, and several close-ups of Giorgi and Lili are quite effective.

There is, however, a structural problem. When the key dramatic device and the crucial plot element is set in motion, and the audience expects a third act, the film just ends. Not that a third act is necessary for any film, but this particular one was building towards it through a very traditional narrative and emotional dynamics. Therefore, as it ends, it leaves us with a feeling of anticlimactic incompleteness.

The Confession is a co-production by Georgia's Cinema24 and Estonia's Allfilm, while Germany's Picture Tree International has the international rights.

more about: The Confession

Zaza Urushadze's new movie, screening at Warsaw, is a kind-hearted drama which nevertheless has a structural problem that undermines its good intentions

The Warsaw Film Festival gears up to present 119 features

The programme of the 33rd edition of the Polish gathering, unspooling from 13-22 October, includes 28 world premieres

Picture Tree International all set for the EFM

Tallinn's Co-production Market gave a good overview of the upcoming films from the region once again, with the Georgian title Citizen Saint winning the annual Eurimages Co-production Development Award

The Berlin-based international sales and production company is adding the Georgian director’s new film, that is set to be launched in early 2017, to its catalogue 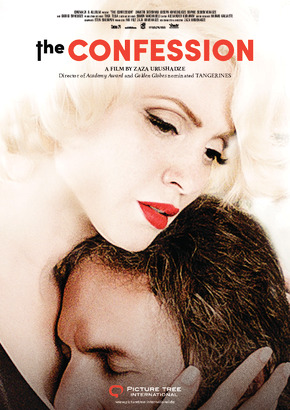