The Miner: A truth hidden deep down

One of the eternal topics tackled by the countries of the former Yugoslavia (cinema included) is the perpetual sense of existential crisis owing to the long, insufferable transition from socialism to capitalism. The other is the obsession with the recent, and slightly more distant, past, including wars, war crimes, national tragedies and nationalistic myths. For Slovenia, the most highly developed country of the bunch, there is one more key topic: the subject of the at least two generations of immigrants from the southernmost parts of the former federation. And The Miner [+see also:
trailer
interview: Hanna Slak
film profile], the third feature written and directed by Hanna Slak, premiering internationally at the Warsaw Film Festival, deals with all three of these issues, but not in the way one might expect.

First of all, the film is based on actual events and on a memoir entitled Nobody by Mehmedalija Alić, a miner from Srebrenica who came to Slovenia as a teenager, found out that he had lost both of his brothers during the bloody Bosnian War and was the person who discovered the bodies of civilians killed at the end of World War II in an abandoned mine shaft called Huda Jama, near the town of Laško. He subsequently went public with his discovery. In her interviews with the Slovenian media when the film premiered at the national film festival in Portorož, Slak, who helped Alić to write the book, continually stressed that The Miner is not a documentary, but rather a work of fiction, more about the mechanisms of the attempted cover-up and less about the whole Huda Jama affair.

Fictional miner Alija Bašić, played to perfection by Croatian actor Leon Lučev, known for his roles in Circles [+see also:
film review
trailer
interview: Nikola Rakocevic
interview: Srdan Golubovic
film profile] and Esma’s Song, is the archetypal everyman trying to provide for his family, and is an under-appreciated hard worker in these times of global economic crisis. He is ordered by his boss (an evil Jure Henigman) to examine the abandoned shaft in order to make sure that there is nothing in there – and to report it that way quickly. The trouble is that the mine is definitely not empty: the walls he finds were built for a reason. The only one willing to tell him the truth is a local man played by veteran Slovenian actor Boris Cavazza, but he is afraid to speak up, as no authority has any interest in digging up 60-year-old secrets about dead civilians.

Alija does not stop there: he keeps on digging and alerting the police and the press, as he simply wants to do what is right, despite putting himself at risk of being fired (for starters). In his view, the dead should receive a proper burial so that they can rest in peace. He is not driven only by his spotless ethics, but also by more personal motives. As he is the only one from his village who survived the genocide in and around Srebrenica, and is still searching for the remains of his sister, it is clear why he is so interested in telling the truth.

The Miner works well both as a film and as a statement. The reason is somewhat blatant: the effective symbolism of Alija’s character, his family and his situation, Slak’s precise directing, and Lučev’s tour-de-force performance. The actor is known for his choice of roles in socially engaged films, but here he has outdone himself, nailing even the hard dialect of broken Slovenian spoken by the immigrants. On the other hand, Slak has a great sense of atmosphere, combining the murkiness of social drama with the tension of a genre piece. The decision to have no soundtrack whatsoever until the cathartic scene at the very end was a wise one.

The Miner is a co-production by Ljubljana-based Nukleus Film and German company Volte.

more about: The Miner

"We need a hero who fights for humanist values"

The current state of production and the film market in Slovenia

With one national film and one minority co-production in competition in Karlovy Vary 2018, we take a look at the country’s industry state

"When we spot a filmmaker, we aim to help them out over time"

We met up with Nadia Paschetto, director of the 18th edition of the Arras Film Festival, which is running from 3-12 November

In addition to competition programmes, the festival focuses on 1968, and its industry division has revealed a new €3,000 Baltic Award and the line-ups for three side sections 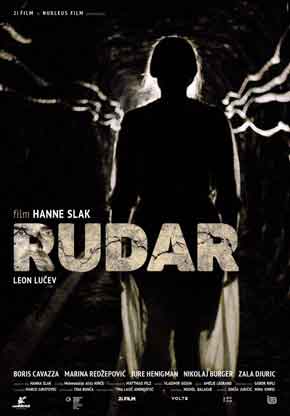 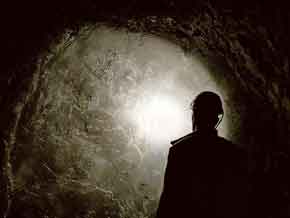