30/10/2017 - Manuel Mozos explores the trope of the writer’s block in a sincere and innovative way with his new film, screening at the Viennale

When it comes to artists, writers and poets – especially the unsuccessful ones – film tropes are particularly cruel to them. They end up being the worst kind of character: erratic, crazy, prone to conflicts, or somewhat lazy, depressed and in a perpetual state of writer’s block. For the successful ones, depression and creative block are replaced by a condescending, sell-out attitude and an inflated ego. The title character of Manuel Mozos' newest film, Ramiro [+see also:
trailer
film profile], premiering internationally at the Viennale, is a prime example of the former, ticking almost every cliché box, which luckily cannot be said for the film itself.

Ramiro, played in stunning deadpan fashion by António Mortágua in his first fiction-film role, has not written anything in ages, so he supports himself and his regular drinking habit by being the owner of a bookstore. First we meet him in his darkened apartment, "arguing" with a television programme dedicated to his more successful colleague, Saavedra. Then we see him at work, half-heartedly trying to swindle one of his regular customers, José (Américo Silva, of Arabian Nights [+see also:
film review
trailer
interview: Miguel Gomes
film profile] fame), and finally with his still-interested ex-wife Patricia (Sofia Marques), his publisher and his friends at book readings and in bars. We then get a clearer picture of the reasons for his artistic failure: even if he is talented, he is not particularly disciplined or committed to his art, and nor is he motivated to put his heart into anything other than his small rituals.

The only people he cares about are his elderly neighbour Amélia (Fernanda Neves), who is recovering from a stroke, her pregnant, high-school-age granddaughter, Daniela (up-and-coming TV actress Madalena Almeida, a perfect casting choice for the role), and Daniela's teacher Isabel (Cristina Carvalhal), whom he tries to impress. Daniela has been brought up thinking that she is an orphan, but her father Alfredo (Vítor Correia, Hay Road [+see also:
film review
film profile]) is actually alive and serving a long prison sentence for the murder of his mother. Ramiro is curious to meet him and makes reconnecting the father and the daughter his own personal project. And, who knows, maybe it will stir up some of his creative juices and he will be able to start writing again. But life has other plans for him, its soap opera-worthy twists echoing the telenovela running in the background on Ramiro's television throughout the film.

At first, it seems that Mozos is just recycling the patterns of other filmmakers, from Woody Allen to Alex Ross Perry, and the regular tropes found in absurdist comedies about the literature world in general. Even the choices of a narrow, 4:3 aspect ratio and the digital simulation of the grainy 16 mm look are not that new or fresh (even though they look good), but there are some redeeming qualities. First, the sheer lethargy of the title character is quite hard both to write and to act compellingly, and screenwriters Telmo Churro and Mariana Ricardo, plus António Mortágua as an actor, have done a great job. The unpredictability of the melodramatic subplots is also quite refreshing.

But above all, Ramiro radiates earnestness in such a way that it could serve as a slightly silly autobiography of Manuel Mozos, a competent and polished filmmaker who never got his big break with his "poetry", and so he had gigs as an editor on two dozen films and worked as a film archivist.

Ramiro is a Portuguese film produced by O Som e a Fúria, which also handles the sales.

Manuel Mozos explores the trope of the writer’s block in a sincere and innovative way with his new film, screening at the Viennale

The Seville Film Festival to host the world premiere of Oro

The ambitious historical production helmed by Agustín Díaz Yanes will be screened for the first time at the upcoming Spanish gathering, which has now unveiled its full programme 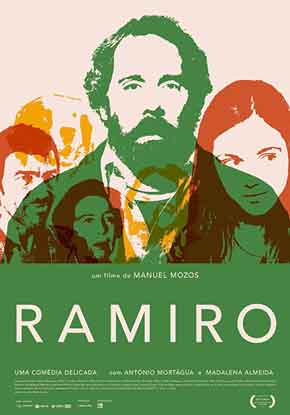 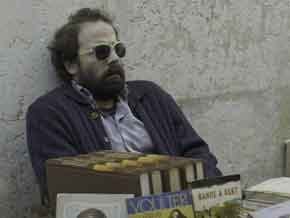