06/11/2017 - The second film helmed by Carlos Marques-Marcet homes in on the paradoxes, ambiguity and clashes inherent in romantic relationships, setting the action on a boat chugging along London’s canals

Carlos Marques-Marcet plonked the lead couple in his feature debut, Long Distance [+see also:
film review
trailer
interview: Carlos Marques-Marcet
film profile], in separate flats in Barcelona and Los Ángeles, 10,000 km apart from each other. Now, he has made the bold decision to make the two female leads in his new movie, Anchor and Hope [+see also:
trailer
interview: Carlos Marques-Marcet
film profile], into something akin to modern, urban nomads who, aboard a boat that they are forced to shift every two weeks to avoid fines, criss-cross the semi-unknown canals of London, which have been snapped by a great deal fewer tourists than those of Venice and Amsterdam. With this choice of location, the filmmaker thus begins to sketch out the descriptive tone revolving around all the transformative and discreet aspects of modern relationships, as they navigate changeable waters and experience a change of scenery every so often. The film, a co-production between Spain and the UK, was world-premiered at the most recent London Film Festival, and on Friday 3 November, it opened the Official Section of the 14th Seville European Film Festival, triggering smiles, guffaws and a lengthy round of applause from the audience.

That’s because, fortunately, humour pervades this film, which steers clear of sickly-sweet romanticism as it raises the question not only of what form the families of today can take, but also of how complicated it is to make decisions when there are two – or more – people involved. The screenplay, written by the director together with Jules Nurrish, introduces us to a couple of lesbians – Eva and Kat (played by Oona Chaplin and a magnificent Natalia Tena) – who are pondering the thorny topic of having children, as the shared responsibility of taking care of a pet is clearly not grand enough for one of them. A decision like this, which has inescapable consequences for the future, will have major ramifications for these women, because each one has a totally different outlook on life. And to stress the fact that feelings don’t have – or shouldn’t have – barriers, Roger (David Verdaguer), a friend of Kat’s, comes to pay them a visit: perhaps this man is just the tool they need to fulfil their family-expansion plans...

Family as an institution, that sacred chimera set in stone in our educational system, is questioned in this film through the championing of any kind of alternative, free of prejudice and clichés, ranging from the adoption of pets right up to a friendship that has become something more... biological. In this movie, the US-based filmmaker seems to be telling us that the decision to procreate should not be a dramatic one, and that there are no clear answers to the impulses that lie behind parenthood. Marques-Marcet does not dramatise the conflict and enshrouds the relationships between his leading trio in a playful atmosphere. The actors constantly exude a chemistry that is essential to the plot and is underpinned by the existing friendship between Chaplin and Tena, while the latter previously shared the billing with Verdaguer in Long Distance. For his part, the actor is already shooting Marques-Marcet’s third film, La bona espera.

Anchor and Hope is a production by Lastor Media, SL, La Panda Productions and Vennerfilm, which saw the involvement of TVE and TV3, and was made in conjunction with the Generalitat de Catalunya’s Department of Culture, the Ministry of Culture, the Creative Europe programme and CreaSgr. Its Spanish distribution will be handled by Avalon from 24 November onwards, while Visit Films is in charge of its international sales.

more about: Anchor and Hope

Anchor and Hope is the second film by Spaniard Carlos Marques-Marcet, who garnered huge acclaim with his feature debut, Long Distance

A selection of titles from emerging Spanish cinema is made available for film screenings via this platform, coordinated by Xavier G Puerto

Adrián Silvestre returns to fiction by portraying the misadventures of Raphäelle Perez, a French trans girl who has spent years searching for her identity and a well-rounded life… But haven’t we all? 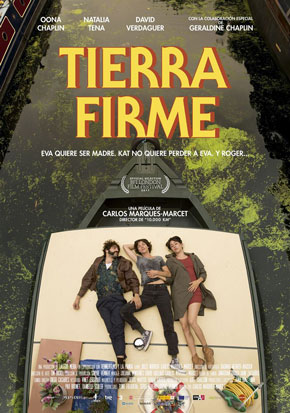 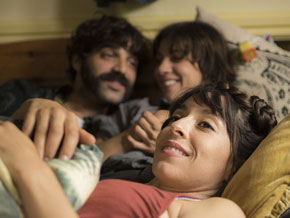 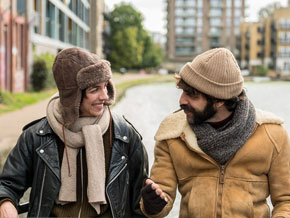 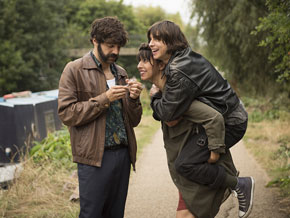 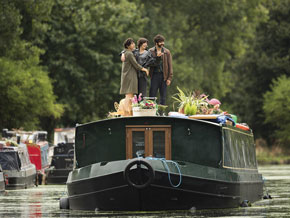