Brakes: Breaking up is never easy

Breaking up is hard to do, and it can be very funny. That’s the takeaway from Brakes [+see also:
trailer
interview: Mercedes Grower
film profile], a topsy-turvy film by Mercedes Grower, which starts with part two and the break-ups of eight couples, before switching to the much shorter part one that shows how these dysfunctional couples first got together.

There is much to admire in this comedy-drama that has the freewheeling, haphazard feel of a British sketch show, and fans of The Mighty Boosh will delight in appearances by Julian Barratt and Noel Fielding. Much of the action on screen is improvised, and that includes the camera work, which mixes MiniDV, Skype and HD footage, giving the sense that what we are seeing is found footage, a chance glimpse into the lives of these protagonists that are normally hidden, but have been accidentally filmed.

The episodes are mostly two-handers: Barratt is paired with Oliver Maltman, and both are seen holding ice-cream cones as they discuss a one-night stand on a small sandy area by the river on the South Bank of the Thames; Roland Gift and Kerry Fox play a couple discussing the torrid state of their relationship in a Marylebone apartment; Julia Davis has a rather surprising audition for Macbeth; and Noel Fielding is running around in a pair of skimpy green football shorts in the snow, with Grower playing his antagonist.

The different scenes are as up and down as the relationships. This means that whenever the action switches to a couple that is not so enthralling, interest inevitably dips; luckily, more than half of the couples being essayed pique interest. Some audiences may be left disconcerted by the abrasive aesthetic of a film shot over four years in different digital formats, but the form does match the content, as the images look as uneven, unclear and unpredictable as the relationships themselves.

Grower plays on the documentary aspect of digital cameras, and especially early technologies, to give a sense of realism. This realism can also be found in the sentiment of the film itself, which, despite the comedic and over-melodramatic moments, manages to put its finger on an emotional truth, with pieces of dialogue and interactions feeling authentic – often awkwardly so, like a memory that one tries to hide in the recesses of one’s mind. Many scenes are cringe-inducing as they parse the car-crash nature of many human interactions. There is an authenticity to the proceedings that is the antithesis of Working Title, especially the schmaltzy Love Actually [+see also:
trailer
film profile], a film that can be seen as the sensible elder sister of this rogue punk rebel.

Grower’s no-budget film was self-financed until it received a small grant from the British Film Institute and is now being released in the United Kingdom by Bulldog Film Distribution.

“Maybe it’s a film for those weird first dates”

British director Mercedes Grower takes us through the making of her extremely low-budget feature debut, Brakes

Brakes: Breaking up is never easy 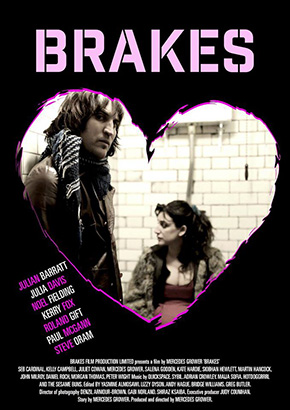 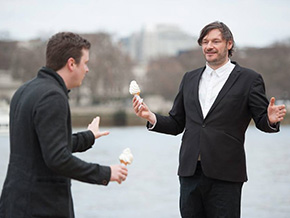 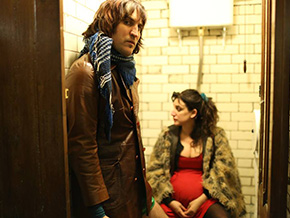 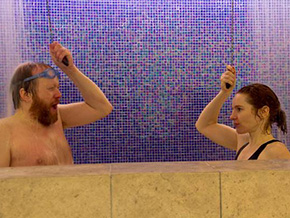