The Deminer [+see also:
trailer
film profile], the Swedish documentary made by two Dohuk-born filmmakers, director Hogir Hirori and co-director Shinwar Kamal, which won the Special Jury Award in the IDFA's International Feature-length Competition, is an almost unbelievable portrait of a colonel who spent nigh on 14 years deactivating mines in Iraqi Kurdistan.

The very first scene, shot near Mosul, sees Colonel Fakhir explaining how he disarms mines, as he is doing just that, armed only with a knife and a pair of wire clippers. He appears to do it effortlessly, as if there were no danger and he did it all the time.

And at least the latter is true: in 2003 alone, he disarmed more than 600 mines in Mosul, and thousands more in later years. Hirori and Kamal craft his story out of hundreds of hours of footage that he or his co-fighters filmed over the years, interviews with his son and wife, and by following him over the period 2014-2016, when Daesh had taken control of Mosul.

In a way, Fakhir's personal story follows the recent history of Iraq – from the defeat of Saddam Hussein and the subsequent terroristic actions of his supporters, followed by the departure of US troops from the country when Obama decided to abandon unfinished business, to the most recent invasion by Islamic State.

It is not an easy film to watch, in part because it mostly consists of lo-fi, shaky camera footage, and in part because these materials contain numerous, very suspenseful, scenes of demining. Most of the devices he is disarming are simple, homemade mines, activated either by a mobile phone or by a weight-detection mechanism. These can explode at any time, and in the footage, Fakhir is blown back twice. The second time, he lost his leg, and was not accepted back into the army. This made him very depressed, as his son testifies. But when Daesh invaded Kurdistan, Fakhir got himself a simple plastic prosthesis and volunteered for Peshmerga. One scene shows how happy he is to be back – "I'll keep doing this as long as I live," he says with a grin, despite the darkly prophetic angle of the statement.

Crazy Fakhir, as the US troops, amazed at his courage and abilities, nicknamed him, is a stocky man with a square face, with lively eyes sparkling under bushy eyebrows that most of the time carry the form of a frown. We get to know this incredible personality very well, although there are almost no direct interviews with him – only a couple of sentences in a voice-over. But we also get to know his family and his region, and taste the chaos that Iraq has not been able to emerge from since Saddam.

Besides the inevitably epic narrative, Hirori and Kamal also manage to create moments of poetry, economically observing human relations and the protagonist's relationship with his surroundings. Here is a man who has dedicated his whole life to a very dangerous, but incredibly humane, profession. "If I fail, only I will die, but if I make it, I will save many lives," Fakhir says as he explains why he felt the calling – and we trust him and admire him.

The Deminer was produced by Sweden's Lolav Media, and co-produced by Ginestra Film and SK Production. Dogwoof has the international rights.

more about: The Deminer

Krakow opens with Concerto for Two

One World honours human rights documentaries and crowns The Deminer

The Swedish documentary by Hogir Hirori and Shinwar Kamal was named Best Film at the Prague-based gathering, which wrapped yesterday

The Other Side of Everything triumphs at the IDFA

Other winners include The Deminer, The Distant Barking of Dogs, Solving My Mother and The Long Season, which won Best Dutch Film

The IDFA announces the line-up for its 30th edition

The selection contains 312 titles, 90 of which will world-premiere in Amsterdam 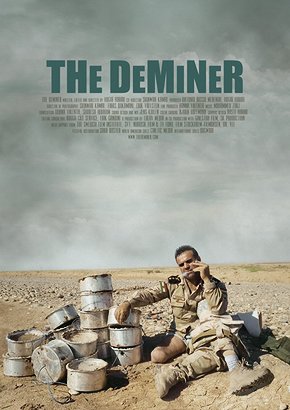 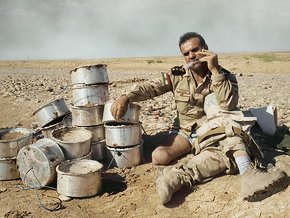