On the Sly: The other side of the gilded cage

22/12/2017 - Christophe Régin directs an amusing, uplifting and melancholic debut feature about what happens on the side lines of the professional football industry

Franck Gastambide in On the Sly

"I watch over the interests of the club and the players by trying to protect them from parasites like you." I.e. the main character in On the Sly [+see also:
trailer
film profile] (La Surface de réparation), the debut feature film by Christophe Régin, screened yesterday in the Playtime section at the 9th Les Arcs European Film Festival. Hiding behind a luxurious façade, the professional world of football employs so-called “handymen” who wait in the wings, responsible for supporting the players' daily needs, serving as confidants where appropriate, and resolving any potential problems that may need to be shielded from the press. The mountains of money that come with the territory attract greed, while a certain fanatic mentality reigns supreme, creating a highly codified and guarded world, which it’s impossible to escape. So many themes, which the film's director and screenwriter (winner of the Valois screenplay award at Angouleme festival), who is obviously very in-the-know about the professional footballing world, captures with great accuracy, without tipping into a treatment that is overly naturalistic. Instead, the director approaches the subject by mixing genres and injecting a dose of rom com into a fairly melancholic film, which is ultimately based on a moral dilemma.

At FC Nantes, Franck (Franck Gastambide) is particularly useful. Finding players who have stayed out all night, getting other people's cars repaired, tracking down luxury vehicles, supervising young people from the training centre at the entrance to the stands, or taking on the role of father and substitute councillor, all while juggling the various faux pas made by old timers at the club. Guided by Yves (Hippolyte Girardot), one of the club’s managers, Franck devotes 100% of his time to an institution which he knows everything about, and which opens its doors to him while simultaneously denying him any sort of status. Paid in cash or in kind (by apartment-sitting for a player on loan or via match tickets which he sells in front of the stadium), he maintains the illusion of being part of a club where he once failed to go professional. But this co-dependency starts to crumble when he meets the beautiful Salome (Alice Isaaz), a young headstrong woman who is very well-informed about the lives of footballers and who fully intends on getting her hands on one of them.

The selling of "hot" photos to the media, the secrets behind the transfers of former stars ("a name is reassuring, to reduce the pressure") and the late-night partying of professionals are juxtaposed with the loyal passion of the fans and the high expectations of the club's younger generation. By tackling the subject from the point of view of the common man, without magnifying or denigrating the topic, Christophe Régin maintains a decent balance between respect for the love of the game and an observation of the low-level manoeuvres that take place on the side lines. Well supported by the film's main actors, the director holds his own in a partially successful film by design, which retraces a popular path through the eyes of an anti-hero, while deconstructing the myth of the "sporting champion," without seeking to destroy its essence.

Produced by Les Films de Pierre, On the Sly will be released in French cinemas on 17 January by ARP Sélection. International sales are handled by Be for Films.

more about: On the Sly

The first clapperboard is set to slam at the end of April on this movie which is directed by Thierry Binisti, steered by TS Productions and sold by Be For Films

Zita Hanrot, Liam Pierron, Soufiane Guerrab, Moussa Mansaly and Alban Ivanov are among the cast of this Mandarin and Kallouche production being sold by Gaumont 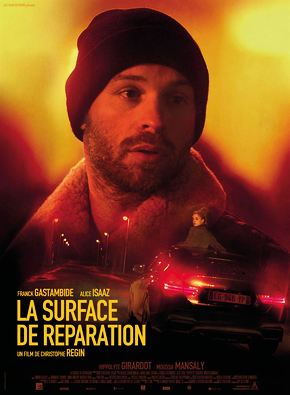