20/12/2017 - An enigmatic affair suspended somewhere between the past and present, full of sensuality and at the service of a sumptuous and dazzling representation of the city of Naples

Giovanna Mezzogiorno and Alessandro Borghi in Naples in Veil

With his twelfth film, Naples in Veils [+see also:
trailer
film profile], Ferzan Özpetek gives us the gift of sanguine carnality, accentuated by the dense sensuality of a Neapolitan set. Without comparison, the most beautiful city in the universe, according to Stendhal, so much so that the Italian national and Turkish director seems to have be quite literally overcome by it. The story of Naples in Veils, written by Özpetek with Gianni Romoli and Valia Santella, seems almost to be at the service of a sumptuous and dazzling representation, leaving no room for anything to be left unsaid.

From Gomorrah [+see also:
film review
trailer
interview: Domenico Procacci
interview: Jean Labadie
interview: Matteo Garrone
film profile] to Holding Hands [+see also:
film review
trailer
interview: Gianni Amelio
film profile] by Gianni Amelio, Love and Bullets [+see also:
film review
trailer
interview: Marco and Antonio Manetti
film profile] by the Manetti Bros, and the series Sense8 by the Wachowski sisters on Netflix, Naples has never been such a popular setting as in recent times. But Ozpetek's Naples, recognised recently in the theatrical direction of La Traviata at the San Carlo, is so rich in colours, musicality, architecture and human bodies that it’s almost dizzying. The opportunity to set so many scenes in the luxurious Palazzo Caracciolo, with its spiral stairs and where both Vittorio De Sica and Roberto Rossellini filmed The Gold of Naples and Journey to Italy respectively, gave Ozpetek a directorial vertigo resulting in him getting slightly carried away (the film’s set design was entrusted to Deniz Göktürk Kobanbay).

The film's enigmatic story, suspended between the past and the present, begins with a party at Adele's house (the consistently excellent Anna Bonaiuto, who pays homage to her character in Nasty Love by Mario Martone), where the forensic analyist Adriana (Giovanna Mezzogiorno, Holding Hands) meets a mysterious young man, Andrea (Alessandro Borghi, The Place [+see also:
film review
trailer
making of
film profile]), with whom she’ll spend a passionate night. The young man disappears and we’ll reveal nothing more as the twists come thick and fast, although we’re somewhat used to them after films from the likes of Hitchcock. An adult audience, both male and female, will love the heated eroticism of some of the scenes and the melodramatic nature of the events in which love and death, superstition and lucid madness co-exist.

Those who know Naples might well object to the choice of certain superb locations which are not particularly unusual, but the city is certainly not lost in the meeting of modern day dynamism and ancient traditions. Adele's tirade about a cruel mother-city that does not love her children is not particularly persuasive. But everything is overwhelmed by the intensity of the set, the morbid atmosphere and the sounds that combine popular music, tango, fado and Algerian rhythms.

Also in the cast of Naples in Veils are Peppe Barra, Luisa Ranieri, Maria Pia Calzone, Lina Sastri and Isabella Ferrari. Produced by  Warner Bros., R & C Productions and Faros Film, the film is due to hit Italian cinemas on 28 December with Warner.

more about: Naples in Veils

The Captain and What Will People Say scoop awards at Bari

Valerio Mastandrea scoops up an award for Tito and the Aliens in the first and second films section, while the protagonists of Daughter of Mine – Valeria Golino and Alba Rohrwacher – also win big

A barrage of Italian sales and acquisitions at Berlin 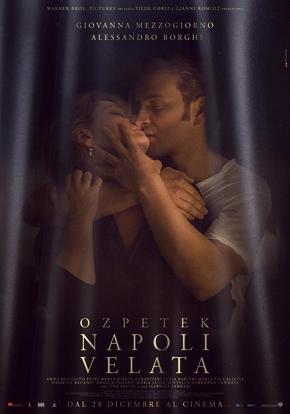