Westwood: Punk, Icon, Activist: Looking back is so last season

British director Lorna Tucker lets us know from the start of Westwood: Punk, Icon, Activist [+see also:
trailer
interview: Lorna Tucker
film profile] (now playing in the World Cinema Documentary Competition at the Sundance Film Festival) just how much of a challenge she faced making a film about the British fashion legend. Yes, she may have got permission to shadow Vivienne Westwood, but in the first scene, sitting on a sofa at the Groucho Club in London, Westwood admonishes Tucker, saying to camera that she doesn’t really want to, or even like talking about her past. She is a very reluctant protagonist, and Tucker’s film is a constant battle to get her to open up. It makes sense that Westwood would have this attitude, because in the fashion world looking back is always so last season.

Tucker does a sterling job in trying to get the British dame to talk about Malcolm McLaren and Johnny Rotten, and her own explosion into the public consciousness as part of the punk scene, while also taking an informative look at the commercial aspects of the Westwood Empire and the fashion designer’s present-day activism in fighting for environmental causes. Tucker divides the documentary into three parts, the first of which is Punk, which deals with the early life of the Cheshire-born lass Vivienne Isabel Swire. Westwood reluctantly discusses how she started making clothes at the age of 12, her subsequent marriage to Derek Westwood and then her collaboration and relationship with Malcolm McClaren. But with such a difficult protagonist, Tucker wisely doesn’t get bogged down with the facts, and her zippy 80-minute film is at it’s best when we hear insights from Westwood on her outlook of the world. As a child, she was disillusioned with her parents when she found out about the crucifixion of Christ, previously only having heard the nice baby Jesus stories. This led her to distrust everyone.

Westwood’s willingness to put her punk past behind her is also fascinating, as she laments that McClaren and Rotten never moved on, whereas in hindsight she doesn’t see punk as being the radical movement she thought it was at the time, claiming that “we were not attacking the establishment, we were part of the distraction.” The second section is about Westwood the icon. It details how she went from being a figure mocked by the establishment, via the use of an excruciating BBC interview by Sue Lawley, to the doyen of the fashion scene. The final section – Activism - focuses on her key role in fighting climate change, showing Westwood at charity events and on marches. What becomes apparent in of all these sections is that Westwood is her own woman and trusts only her close confidents.

Tucker is almost forced to seek out these confidents to add their own descriptions of Westwood, in order to give us a fuller picture of the career of the inimitable character. There is an affectionate and endearing testimony with her second husband and collaborator, Andreas Kronthaler, anecdotes from Joseph Corré and her son with Malcolm McClaren, as well as a rundown by her business partner Carlo D’Amario. The documentary is more of an introduction to Westwood than a comprehensive portrait and works best when the camera is following Westwood in her natural environment, where she is more likely to make candid remarks about people, her work and the causes she fights for.

The film is produced by British outfits Finished Films and Passion Pictures, and sold internationally by Dogwoof.

The Breadwinner triumphs at the Women’s International Film Festival

The first edition of the international gathering, held in Madrid last week, has garnered a warm welcome from the public, critics and the media alike

Westwood: Punk, Icon, Activist: Looking back is so last season

CANNES 2017: Various high-profile movies, such as Radiance and The Killing of a Sacred Deer, were acquired right away at the festival 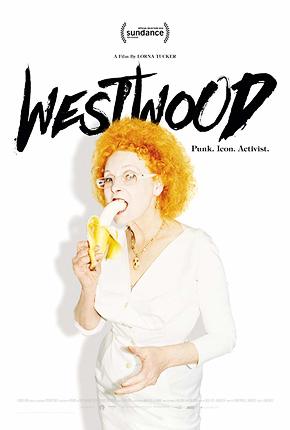 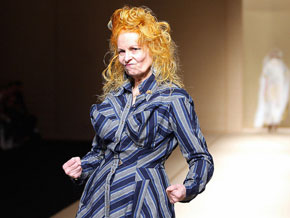