26/01/2018 - Turkish filmmaker Tolga Karaçelik's third feature is an engaging and amusing, if sometimes unbalanced, combination of drama and comedy

Turkey has a huge film and TV industry of local comedies that never reach international audiences, which is just as well as this type of product hardly translates to viewers from outside the immediate cultural surroundings. But here is a film that has numerous genuinely funny moments, that are universal, despite the language barrier. Butterflies [+see also:
trailer
film profile], the third featureby writer-director Tolga Karaçelik (Ivy [+see also:
film review
trailer
interview: Tolga Karaçelik
film profile]) has just world-premiered in Sundance's World Cinema Dramatic Competition.

Three siblings are called by their estranged father, after 30 years, to urgently visit him in their home village. Cemal (Tolga Tekin, from The Swaying Waterlily) is an astronaut in Germany, bitter at the state for training the crew without investing in actually sending them to space. His younger brother, Kenan (Bartu Küçükçağlayan), is a struggling actor whose career has dropped to the level of dubbing cat videos, and the youngest sibling, Suzan (Tuğçe Altuğ), can’t even get the message through to her husband that she wants to leave him as he never stops complaining about his job.

The first half of the film is essentially a road movie, with the trio re-united after many years, driving to the village and getting to know each other again. When they get there, they learn that their father died two days ago. In his house they find his will, asking them to bury him "when butterflies come," which is a magic-realist leitmotif that also refers to a fairytale that their mother used to tell them.

Karaçelik deftly mixes moments of situational comedy with absurdist touches, such as an exploding chicken and a village imam who openly struggles with a crisis of faith in the most awkward moments. On the other hand, the tragic aspects of the story, such as the very dark description of the suicide of their mother, and the reasons for their mutual estrangement are not fully explored, leaving the viewer with the feeling that the emotional dimension of the film lacks something important.

However, the three main actors' performances, with Altuğ's flawless timing, Küçükçağlayan's lovable physical comedy, and Tekin's balance of absurd and seriousness, keep the film engaging and help it connect with the audience. DoP Andaç Şahan plays nicely with natural light, and editor Evren Luş keeps the proceedings simple and smooth with occasionally inventive moments. A combination melancholy-tinged original score by Ahmet Kenan Bilgiç, along with Turkish folk and pop songs used diegetically, makes for a dynamic atmosphere. All this keeps the film engaging and pleasant throughout its two-hour running time, even if the dramatic elements are not used to their full potential.

Butterflies is a production of Turkey's Karaçelik Film, also in charge of the world sales. Chantier Films is distributing the film in Turkey.

Films from Germany, Bulgaria and Greece have also picked up important awards at the Bulgarian gathering

Richard Billingham’s memoir has come out on top, while Eva Trobisch and Phuttiphong Aroonpheng won the other main awards at the 59th Thessaloniki International Film Festival

The 59th edition of the most important Greek film gathering is showcasing new voices in the international competition and continuing its Greek focus, while its Balkan Survey turns 25

The Berlin-based international sales agent has an attractive line-up including two Un Certain Regard selections, two Directors' Fortnight titles and two films in the Critics' Week 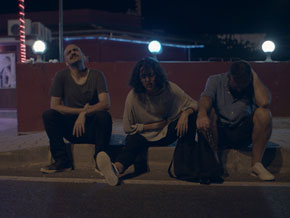 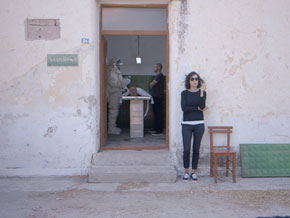 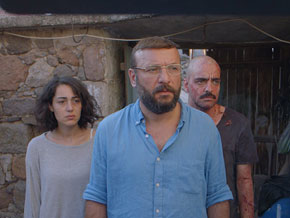 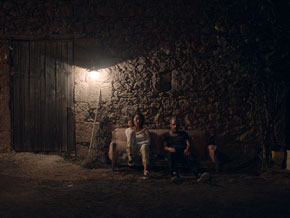