Time Share: A resort with hints of The Shining and The Lobster

There is much to love about Sebastián Hofmann’s disquieting Time Share [+see also:
trailer
film profile], which premiered in the World Cinema Dramatic Competition at the Sundance Film Festival and is now screening in Voices at the International Film Festival Rotterdam, even though the final pay-off doesn’t quite match up to the high-quality psychological drama preceding it. The sophomore effort by the writer-director of Halley (2012) is a mix of absurdist comedy and baroque horror that sees a family trip to a timeshare resort go horribly wrong when a supposedly dream rental is double-booked. Is this an honest mistake? Or is something more sinister afoot in this tropical resort that has hints of Stanley Kubrick’s Overlook Hotel and the singles hotel in Yorgos Lanthimos’ The Lobster [+see also:
film review
trailer
Q&A: Yorgos Lanthimos
film profile].

That things are going to be decidedly odd is foreshadowed in the prologue that sees Andres (Miguel Rodarte), recovering from an unspecified trauma, have a breakdown whilst part of a father-son sack race. Five years later, he’s working in the laundry room at the holiday resort where his spouse Gloria (Montserrat Maranon) is a timeshare seller. He’s frustrated, and it’s not because he’s been relegated to being a secondary character as a young family headed up by Club of Crows star Luis Gerardo Méndez takes centre stage. Méndez plays Pedro, who arrives at the resort with his wife, Eva (Cassandra Ciangherotti), only to discover that Abel (Andrés Almeida) and his family have also been booked into the same apartment. Naturally, there are no other rooms available, but why is it that only Pedro seems upset by the fact that they now have to share the accommodation? Throw into the mix the cult-like training sessions for timeshare sales people being run by Breaking Bad star R.J. Mitte, where Gloria is the star pupil, and this has the makings of a surreal, anti-capitalist satire – especially when pink flamingos become a recurring motif.

But this is a puzzle that becomes increasingly complex – so much so that by the end, it leads to some befuddlement. It’s clear that Andres and Pedro are kindred spirits, but is Time Share also a reference to them being the same person in different bodies, or is their paranoia and distrust the universal theme? It’s hard to tell. Hofmann is such a studied filmmaker that he probably has the answers, but he has also made the key to the secrets difficult to find, at least on first viewing.

Time Share is a Mexican-Dutch-British co-production by Piano, Circe Films, Al-Film and Jorge Arturo Fong Fong. It is being sold internationally by US sales agent Paradigm Talent Agency.

CUES launches on iOS and organises screenings across Europe

The much-anticipated analytics tool is aiming to expand and attract new users, while four handpicked films will be screened at different locations during August

There is also a healthy European presence in the competition line-up at the 17th edition of the festival of discovery, which runs between 11 and 29 April

Time Share: A resort with hints of The Shining and The Lobster

Eight films have been selected for the festival's Big Screen Competition 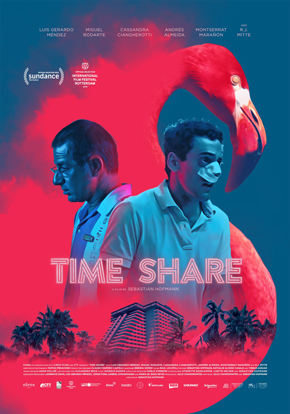 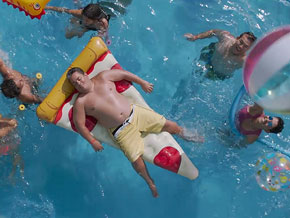 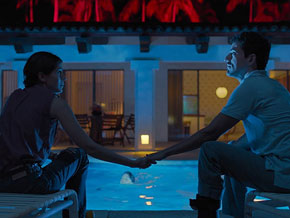