Tranquillo: The day-to-day of a generation in search of an identity

06/02/2018 - The debut feature by young Swiss director Jonathan Jäggi, screened at the Solothurn Film Festival, is a lifelike portrayal of a lost generation

Peter (Tobias Bienz) is 25 years old and is living a life that some might describe as monotonous with his steady job and the predictably sporadic parties that he and his friends organise. Through his ambiguous yet intriguing personality, he is seen as “a leader” and enjoys the respect of his circle of friends, and his girlfriend with whom he shares an anonymous yet stylish apartment on the city outskirts.

But everything changes when Peter is diagnosed with tinnitus, a psychologically debilitating illness that causes him to isolate himself to an ever-greater extent. Determined to change his life, Peter leaves his girlfriend and gets close to a group of pseudo-alterglobalisationists who give him a taste of a new life, a different way of existing. Is change possible? What do you do when daily life suddenly seems hostile to you? Peter must face up to his dark side, the by-product of living in a society where weaknesses are not allowed.

The young director, Jonathan Jäggi, is talking about his generation, observing and conveying a daily reality that seems all too familiar to him. Between listless days at work, and restless nights spent looking for an escape, the main characters of Tranquillo drift through their city. Our anti-heroes are lost in an ephemeral daily reality that, in their eyes, is often nothing other than banal. Each of them deals with the present in his or her own way: by either accepting and settling without conviction for what they believe is a “normal” life (ie, Peter’s friends, dividing their time between steady jobs and partying) or refusing the rules of the game (as per the new “community” to which Peter now wants to belong).

The naivety of the characters is often amusing; they’re convinced that they’re “different” and “alternative” when, in reality, they’re just a group of twenty-somethings looking for an identity to claim as their own. They feel anger towards a society which they can’t identify with to any real extent and, in a certain sense, their actions are a direct offshoot of this malaise.

Even though Jäggi seems intent on conveying a message of universal malaise, Tranquillo is a decidedly Swiss film, both in terms of its locations - city outskirts which are architecturally brutal but fascinating, as well as clean-verging-on-sterile, in clear contrast with the city centre - but also in its themes, and specifically the paradox presented by a form of wellbeing that is both comforting and suffocating.

Through its clear and spontaneous direction and undeniably successful casting, Tranquillo hits the mark: it shines a light on a malaise that is hidden, avoided and denied, but that can have a genuinely destructive effect if it is not acknowledged and confronted.

The film isn’t perfect, but it is this imperfection that actually makes the movie work: Jäggi’s audacious and “independent” approach lends the film mystery and intrigue. A director to watch…

We met up with Solothurn Film Festival director Seraina Rohrer to talk about the new edition of the festival, but also to let us in on what we can look forward to in the world of Swiss cinematography

Tranquillo: The day-to-day of a generation in search of an identity

The debut feature by young Swiss director Jonathan Jäggi, screened at the Solothurn Film Festival, is a lifelike portrayal of a lost generation 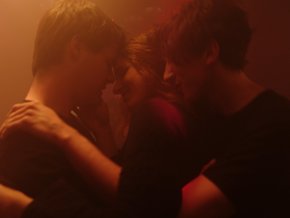 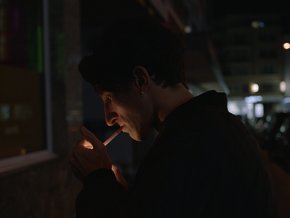 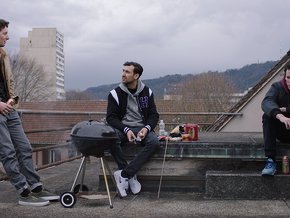 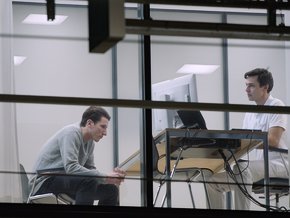 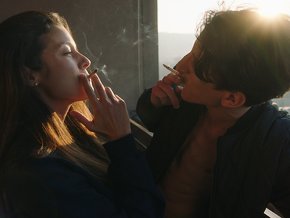