Tinatin Kajrishvili's first feature, Brides [+see also:
film review
trailer
interview: Tinatin Kajrishvili
film profile], was one of the most highly acclaimed films of new Georgian cinema after it premiered in the Berlinale's Panorama in 2014. It dealt with a marriage that crumbled when the husband ended up in prison. Now, with her second film, Horizon [+see also:
trailer
interview: Tinatin Kajrishvili
film profile], again co-written by David Chubinishvili, Kajrishvili returns to Panorama and explores a similar topic: how far a man's unbearable pain after a broken marriage can drive him away from the world, physically, emotionally and psychologically.

Interior designer Giorgi (George Bochorishvili) has been left by his wife Ana (Ia Sukhitashvili, from House of Others [+see also:
film review
trailer
interview: Rusudan Glurjidze
film profile]) for wealthy businessman Niko (Sergo Buigishvili). The process of separation is painful and complicated for both of them, especially as they have two young sons, but of course it is much harder for the person on the receiving end.

Giorgi moves in with his mother and keeps trying to get Ana back, but to little avail. She does her best to be considerate and not hurt him further, but it seems to be too late for that. Unable to bear the idea of staying in the same place without his wife, but also hoping that his absence will be noticed, Giorgi goes to stay on an island in a lake near the Black Sea. This is a place that certainly gives him time to think, but also time to really feel the void he has been left with, without the distractions of city life. He moves into a house rented out by an old unmarried couple, Valiko (Soso Gogichaishvili) and Larissa (Nana Datunashvili). Giorgi gets help from Jano (Jano Izoria), another man left by his wife and children, who hunts and fishes in the area. There is also Marika (Lika Okroshidze), a homeless woman who works for food and lodging in Valiko and Larissa's house.

City boy Giorgi is slowly getting used to living such a simple life with his new friends. But the pain doesn't fade away, and Kajrishvili shows us several key moments of the break-up in flashbacks carefully placed by editor and DoP Irakli Akhalkatsi, to follow or precede segments depicting Giorgi's state of mind. At one point, it seems he is not even missing his sons any more. And once Ana comes to visit him and crushes his hopes by announcing her marriage to Niko, our hero's mental stability enters a steep downward spiral.

Horizon is a film of a psychological state that Bochoroshvili develops marvellously, and Sukhitashvili plays against it with precision and often beautiful finesse. But it is also a visually luxurious picture, with an excellent choice of natural location and thoughtfully designed interiors. The filmmakers make the best of the light on the river in different seasons, as the story begins in what looks like a cold, early spring and ends at the end of the next winter. This also provides for a variety of atmospheres – from idyllic, sunny fishing scenes among yellow reeds, to Giorgi plodding through the mud in his city shoes, to the snowy finale that brings a catharsis not dissimilar to what Kajrishvili achieved with Brides.

Horizon is a co-production by Georgia's Studio Gemini and Sweden's Momento Film, and Tbilisi- and London-based Alief has the international rights.

We met up with Georgian director Tinatin Kajrishvili to discuss her latest film, Horizon

BERLINALE 2021: Georgian director Alexandre Koberidze's second feature is an idiosyncratic mix of styles, genres and forms that incredibly wraps into a coherent 150 minutes of cinematic joy

The Georgian writer-director is returning to Cannes with her first feature, which travels “from the world of logic to the realm of the senses”

The winners of the 16th edition of Armenia's biggest festival include Beanpole, Horizon and Midnight Traveler, while Carlos Reygadas was honoured with the Parajanov's Thaler Award

Swedish producer David Herdies, selected for the EFP’s 2018 Producers on the Move, talked to us about his work for Momento Film 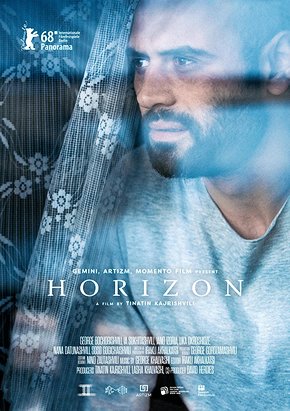 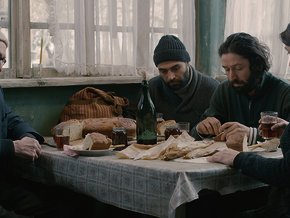 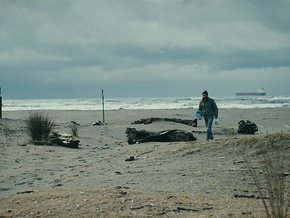 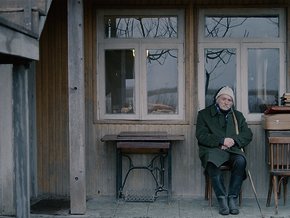 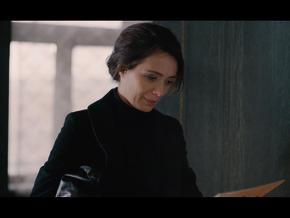