Review: Daughter of Mine

19/02/2018 - BERLIN 2018: Following Sworn Virgin, Laura Bispuri returns to Berlin in competition with another film as sensitive as it is intelligent, about a girl stuck between her two mothers

Valeria Golino and Alba Rohrwacher in Daughter of Mine

There is a certain eloquence to the fact that Italian director Laura Bispuri competed for the Golden Bear with her debut feature film, the remarkable Sworn Virgin [+see also:
film review
trailer
Q&A: Laura Bispuri
film profile], and that she has once again been invited to the Berlin International Film Festival this year with Daughter of Mine [+see also:
trailer
interview: Laura Bispuri
film profile]. By combining a deeply sensitive and modest mise-en-scène with some remarkable scenes, Bispuri creates a very recognisable style of cinema – strong, radiant, and fresh.

Her latest arrival continues the conversation – this time in a rural coastal setting, serving not as an archaic backdrop but more as an element of community and simplicity – about a girl and her relationship, not with her father, but with her two mothers. Her adoptive mother (brought to life by Valeria Golino), Tina, is a quintessential mamma, while her birth mother, Angelica (Alba Rohrwacher), lives her daily life among the animals on her farm in an arid setting some distance away from the village, which is where Vittoria comes across her at the beginning of the film. Little by little, as the arrival of Angelica somewhat confusedly provides the red-haired girl with answers to the feelings of being different that have always troubled her, she begins to weave a very instinctive bond with Angelica, leading her adoptive mother, Tina, to feel threatened.

Bispuri allows the story to play out on our screens by bringing together certain alternations without ever reaching a definitive answer, Vittoria's quest for identity and the ambiguous rivalry coupled with a strange complicity between these two mother figures who live and love so differently, until one day Vittoria’s “real” mother makes a poignant sacrifice, which is somewhat reminiscent of the judgment of Solomon (but by doing so, perhaps due to her more protective side, ends up committing the extremely violent "act" of exposing the little girl to a certain trauma, perhaps in order to discredit the other woman as the type of person who is incapable of being a good mother) and highlights the complexity of Angelica. This character, who is entirely formidable thanks to her total freedom (which gives rise to disarming and sincere musings with a certain common sense to them: "Why be afraid of emptiness, it's nothing?!"), and her singular way of bestowing her unconditional love onto others ("This love is not to be touched," she often hums) – treating man and beast equally – is also very fierce, thus allowing the director to explore the nature of love and its oddly persistent relationship with feelings of possession. It's also worth nothing that money, which nevertheless has an insistent presence in the film, is always, fundamentally, the least of the characters' worries.

The exquisite sensitivity of Daughter of Mine and the richness of its story are perfectly exalted by the photography of Vladan Radovic, delectable thanks to its play on textures, which magnify the burning Sardinian surroundings, and his thematic use of setting – with a special mention for the narrow hole of "necropolis" from which Vittoria is reborn.

Daughter of Mine was produced by Vivo Film and Colorado Film in Italy, with Bord Cadre Films (Switzerland) and Match Factory Productions (Germany). International sales are being handled by The Match Factory.

more about: Daughter of Mine

“Cinema is made of women standing in the background”

BERLIN 2018: Cineuropa talks to Italian director Laura Bispuri, who after 2015’s Sworn Virgin returns to Berlin’s main competition with the Sardinia-set Daughter of Mine

We had a chat about the upcoming edition of the IndieCork Festival with Mick Hannigan, its co-director

"The content is there, but the distribution system isn’t growing the market" 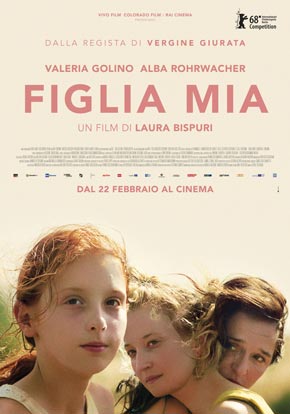 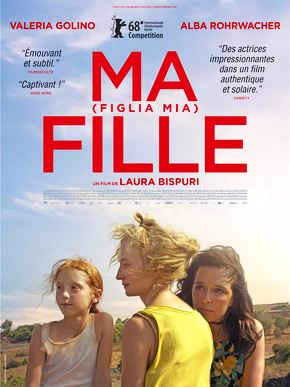 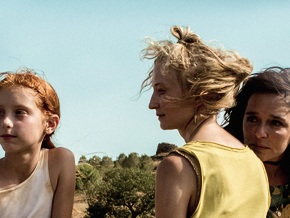 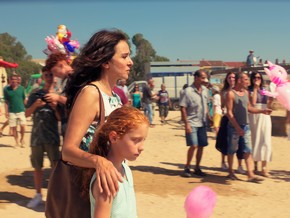