19/02/2018 - BERLIN 2018: Corneliu Porumboiu’s deceptive documentary about football is a relevant discussion about a certain perspective on life

Romanian director Corneliu Porumboiu seems to favour Cannes for the release of his fiction features and the Berlinale for his documentaries: four years after his ultra-minimalistic doc The Second Game [+see also:
trailer
film profile] was screened in the Forum sidebar, the Romanian New Wave darling is being welcomed back to a similar spot with Infinite Football [+see also:
trailer
film profile], a multi-layered and intriguing documentary about both football and having a stoic perspective on life.

The film’s hero is Laurenţiu Ginghină, a town clerk in Vaslui, Porumboiu’s hometown, whose “revolutionary” past is explored in the director’s excellent feature debut, 12:08 East of Bucharest [+see also:
film review
trailer
interview: Corneliu Porumboiu
interview: Daniel Burlac
film profile]. We meet Ginghină in the very first scene, in which the middle-aged man tells the director (also seen in the frame) the story of how an accident during a football match shattered both his foot and his dreams in 1986. The unfortunate event had long-lasting consequences on Ginghină’s life and became the root of a peculiar hobby: the re-invention of football, with new rules that could make the popular sport both less violent and more spectacular.

But what may at first seem (at least to a football fanatic) “heresy”, or the calculations of a frustrated man whose accident made him unable to ever go near a ball, suddenly and unexpectedly becomes something more. Football is only a pretext for a more relevant discussion on change, adversity, perseverance, and the continuous renegotiation of what is possible or what is not. It is a rather fresh and inspiring perspective on life, a meditation on its perfectibility, on taking something bad and turning it into something good.

With discussions that can easily switch from American superheroes and the dreams of immigrants to deeper meanings of Christian terms such as “punishment” and “repentance”, Infinite Football plays with the viewer, provoking a reaction. In this case, beauty is indeed in the eye of the beholder: for some viewers less inclined to play and understand, the documentary may seem like a rather boring talk on football. But for many others, Ginghină’s story and his functional perspective may prompt a renegotiation of what we consider a given in life. “This is football,” say many, while Ginghină says, “Well, maybe it’s not.” This view can easily be extrapolated to practically every aspect of our existence, from what we take for granted to what we consider impossible to change.

Infinite Football brings to mind another recent Romanian documentary, Andrei Dăscălescu’s Planet Petrila [+see also:
film review
trailer
film profile], in which two very different men, a miner, Cătălin Cenuşă, and an artist, Ion Barbu, fight against the authorities’ aberrant decision to demolish the coal mine in the town of Petrila, a place that has been the town’s backbone for centuries. To Cenuşă and Barbu’s impressive example of civism, Ginghină adds a flexible philosophical layer that can be stretched, well, infinitely.

Infinite Football was produced by Porumboiu’s 42 KM Film. It is being handled internationally by MK2 Films, and it will be released in Romania on 9 March by Voodoo Films.

During the awards ceremony, APORDOC also announced that it is backing the theatrical release of The Dead and the Others

BERLIN 2018: Corneliu Porumboiu’s deceptive documentary about football is a relevant discussion about a certain perspective on life

Also on the line-up are Corneliu Porumboiu’s documentary and Eric Khoo’s fiction feature, plus the upcoming films by Pawel Pawlikowski, Jia Zhangke and Stéphane Brizé 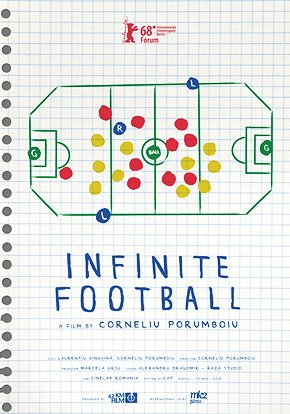 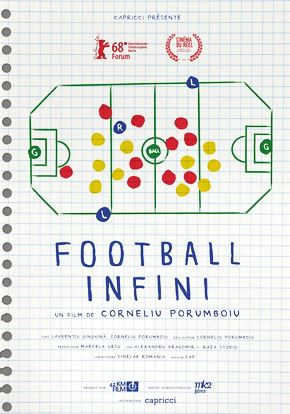 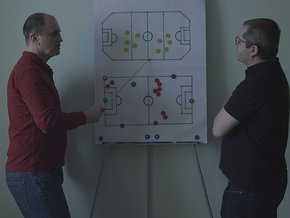 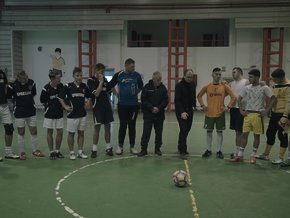 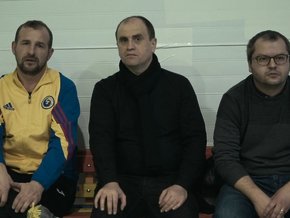