20/02/2018 - BERLIN 2018: Axel Petersén and Måns Månsson stir up feelings of intense social alienation, where narrative and form unite to create an atmosphere of rejection

Léonore Ekstrand in The Real Estate

Presented in competition at the Berlinale by Swedish directors Axel Petersén (artist and director of Avalon [+see also:
film review
trailer
film profile], screened at the Berlin Forum in 2012) and Mans Månsson (in attendance at the Berlin Forum twice, including with The Yard [+see also:
film review
trailer
film profile] in 2016 – a film with overwhelming architecture that focuses on dehumanisation in the face of wealth), The Real Estate [+see also:
trailer
interview: Axel Petersén and Måns Måns…
film profile] is quite an intriguing feature film that mirrors the individual and social alienation central to its plot via its form (through extreme close-ups that impose an oppressive tunnel vision on the audience and editing choices devoid of any emotion), to such a point that the result is physically difficult to watch – as well as being actually quite terrifying!

The Real Estate is the product of a world squashed between the metaphorical and real walls that block our view of migrants, begging on the streets outside, and of all the human tragedy reported in the news. The film’s narrative, which focuses on walls, with a recurrent fire motif, almost presents itself as a variation on the choking/confinement motif, but viewed as a generalised phenomenon. And so, when Nojet (Leonore Ekstrand), 68, inherits a shabby and poorly-kept building whose tenants are exploited by opportunists who are just as entrenched in the building as they are, she feels surrounded on both sides.

This rich property owner (who dares to stress that "in Sweden, we say home free"- and not homeless...) is overwhelmed by her imposing inheritance and is essentially withdrawn in her possessive individualism ("none of that makes me happy, but I don't want to rack my brains over it," she says). Because she can. She can take care of her body, aging just like her world (at the hairdressers or at the gym...), and even pleasure it (through sexual exchanges), while others wander the cold streets. The homeless even serve as the subject of a comedy musical produced by one of her friends, with all the rehearsal problems that ensue. There is also a scene in which a man is outraged when his hotel puts all the eggs (soft and hard boiled) in the same bowl... Life’s so hard!

Nojet is offered some Swedish farm eggs in another scene, which leads us into the film’s final act, but she has no interest in returning to the true nationalism that her all-white automatic-weapon-obsessed lawyer is passionate about. She forges ahead, encouraging his small terrorist project on the Internet and following the historical logic of the alienation of Western society to its conclusion, without any moral to the story, precisely because morality been chased out of the home.

The Real Estate intentionally stirs up feelings of rejection. If the film's images are physically difficult to watch, its abject heroine, and all that she represents, is even more so, especially as she’s often shot in extreme close-up. The film is actually difficult to like, but that's precisely the point, and it’s important to understand that the harmony between the film’s virulent offering and the physical reaction it causes due its formal composition is a gesture of cinema in itself from directors Petersén and Månsson.

The film, produced by Flybridge in Stockholm in co-production with companies Across The Alley and Giants & Toys (Sweden) as well as Entertainment International (United Kingdom), is sold internationally by the German outfit The Match Factory.

more about: The Real Estate

“We wanted to turn up the volume”

BERLIN 2018: Cineuropa met up with Swedish directors Axel Petersén and Måns Månsson to discuss their film The Real Estate 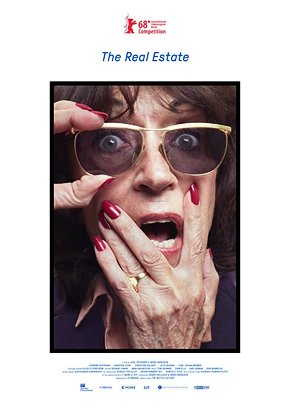 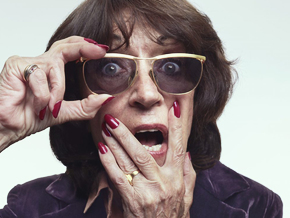 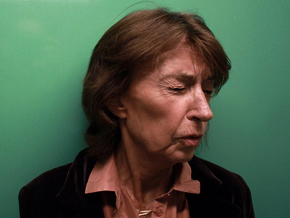