Review: The Party's Over

28/02/2018 - Clémence Boisnard and Zita Hanrot burst on to our screens in Marie Garel Weiss’ debut feature, an energetic and sincere film about friendship and drug addiction

Clémence Boisnard and Zita Hanrot in The Party's Over

"Why? I like to let myself go because it makes me feel good, that's all." Heroin, Subutex, methadone, cocaine, MDMA, ketamine... At 19, Céleste (the fantastic Clémence Boisnard) already has an impressive track record when it comes to smoking, sniffing and shooting drugs. She started sniffing glue at the age of 14 ("it calmed me down, and everyone else, and the city") and has been living on the streets for a year when an accident sends her to a rehab centre where she meets Sihem (Zita Hanrot, César in 2016 for Most Promising Actress in Fatima [+see also:
film review
trailer
interview: Philippe Faucon
film profile]), 26, who suffers from the same serious addiction, aggravated by the loss of her baby. It’s the journey that these two young women embark on in an attempt to cure their addiction that lies at the heart of The Party's Over [+see also:
trailer
interview: Marie Garel-Weiss
film profile], the debut film by Marie Garel Weiss. A simple, sincere and striking film that won the Audience Award, as well as scooping up the Best Actress Award for both lead performances at the Saint-Jean-de-Luz Young Film Festival.

In the first part of the film (the screenplay was written by the director along with Salvatore Lista) we watch a friendship develop (perhaps a little romance, too) between Céleste and Sihem, who flout the rules at the rehab centre, where focus groups expose the other residents’ flaws (someone stole their grandmother's morphine, while someone else betrayed their cousin’s trust, whose children she used to babysit, etc.). The two young women support each other when the desire for drugs becomes overwhelming, sharing past experiences ("I banged any guy I came across") and confiding in each other ("I don't want to do anything dodgy anymore," "I'll get through this, I'll have a life"). But their intimate involvement is seen as dangerous by doctors, who fear a potential relapse. We also observe as the characters’ families come to visit them at the centre (Céleste's mother in particular, who says to her daughter: "sometimes, I tell myself that you would suffer less if you were dead"). One attempted escape later and our two protagonists are discharged from the centre, only to become familiar again with the pain and temptation of urban life. Will they find their place in society? Will they resist the temptation to take drugs? And can their friendship survive their internal battles ("We're going to die if we stay together. We'll get fucked and work the streets together")?

An incredibly authentic film, The Party's Over succeeds inaccurately developing (with visual modesty and no hyperbole) the various aspects of drug addiction, the struggle between temptation and destruction, and the complexity of reintegrating into family life and society. A very truthful and poignant portrait, whose strength of empathy owes much to its two remarkable young leading actresses – their intensity fleshing out the film into something so much more than its relatively classic storyline.

Produced by Elzévir Films, The Party's Over is being sold internationally by Pyramide, with the film due for release today in French cinemas.

more about: The Party's Over

French director and screenwriter Marie Garel-Weiss tells us about her first feature film, The Party's Over, in competition at the 19th Lecce European Film Festival

The actress will be flanked by Sami Bouajila and Céline Sallette in the cast of the filmmaker’s second feature, which is being produced by Les Films Velvet and will be sold by WTFilms

The director, who won the Best Debut Feature Award at Venice in 2004, is engrossed in his third feature, which is being co-produced by Elzévir

Zita Hanrot, Liam Pierron, Soufiane Guerrab, Moussa Mansaly and Alban Ivanov are among the cast of this Mandarin and Kallouche production being sold by Gaumont 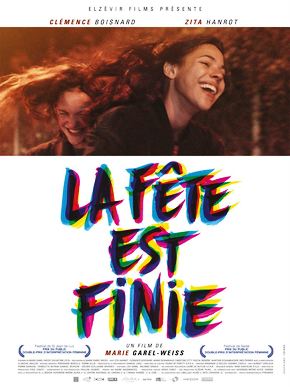 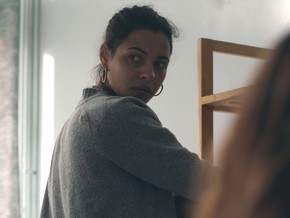 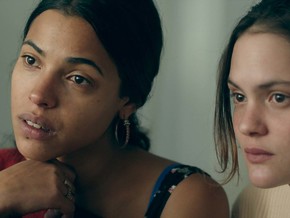 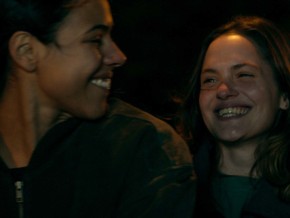 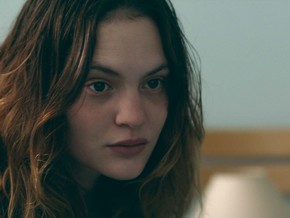 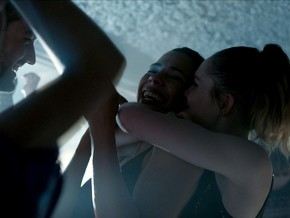 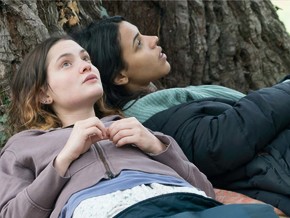