06/03/2018 - Dejan Zečević's eighth film is an arthouse drama-thriller with shades of horror, supported by some marvellous black-and-white cinematography and an electronic score

Dejan Zečević is known as the most prominent Serbian genre filmmaker, whose most accomplished movies are the political thriller The Fourth Man and the war horror The Enemy [+see also:
film review
trailer
interview: Dejan Zečević
film profile]. Now he is back with what could be termed an arthouse drama-thriller with definite shades of horror, Offenders [+see also:
trailer
film profile], which world-premiered at the Chicago International Film Festival, and last week won Best Cinematography and Screenplay as well as awards from both critics' juries at Belgrade FEST (see the news).

No wonder the critics like the film. The screenplay by Djordje Milosavljević sets it firmly in a very real world, which will by the end of the movie become skewed from the one we know just enough to be disturbing. Three sociology students are conducting an experiment, led by the Machiavellian professor Zurovac (Svetozar Cvetković), on how urban decay produces chaos in society.

To this end, they set up surveillance cameras in a neighbourhood of apartment blocks in New Belgrade, infamous for dilapidation, graffiti and various criminal groups, from petty thieves and drug dealers to football hooligans. The three cameras and the heroes' interventions in their respective spaces are meant to produce a social reaction.

While they are waiting for "the offence" that would prove their professor's thesis correct to happen, we learn about their personal lives. Aleksandar (Radovan Vujović) and Teodora (Marta Bjelica) are in a relationship, but she is also having an affair with the professor and is pregnant. Computer geek Danijel (Mladen Sovilj) is barely taking care of his immobile, unresponsive mother, and Aleksandar is a former football fan (in Serbia, this has been synonymous with "criminal" in recent years), now trying to get his sports betting addict of a father to call the cemetery so that they will take care of his mother's grave. Teodora was born to rich parents and has just moved into a large condo, with her all-in-one Mac, hardly common among Belgrade students.

But the very formal set-up of the film, which begins with the professor's lecture and goes on to show a lot of surveillance-camera footage, and marvellous, formally rigid black-and-white cinematography in Academy ratio by Miladin Čolaković, creates an emotional distance from the characters. The low-key, pulsating electronic score by Nemanja Mosurović and Luka Slavić has a similar effect – both create a powerfully dark atmosphere but inevitably make the film lose something on the emotional front. When the experiment takes a very dark turn, we watch with curiosity how it is going to end, but we do not really care for the protagonists.

The acting does not help, especially Sovilj's almost irritating one-note performance and Vujović's flat delivery. Bjelica has more to do with her role, and actually uses it, managing to bring a bit of emotion into what is essentially a very intellectual and formal film.

Not that there is anything wrong with that; it is an accomplished work by an experienced and well-versed filmmaker who is always trying out something new, and this intriguing offering should further raise Zečević's profile.

Serbia opts to take Offenders to the Oscars

Dejan Zečević's eighth film is an arthouse drama-thriller with shades of horror, supported by some marvellous black-and-white cinematography and an electronic score 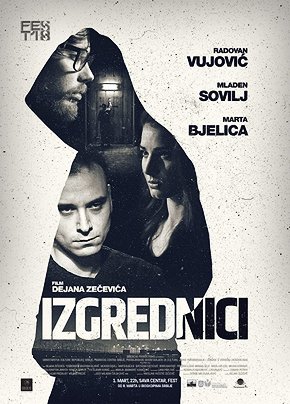 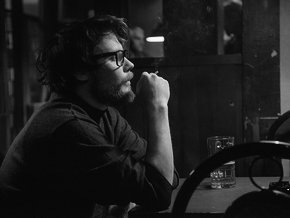 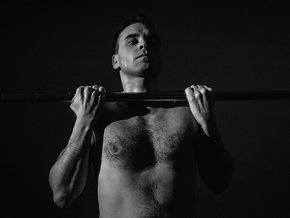