28/03/2018 - Olivier Meys tells the story, both with modesty and without pretence, of the destiny of a young woman who is sucked into the Chinese prostitution industry in Paris

Bitter Flowers [+see also:
trailer
interview: Olivier Meys
film profile], the debut feature film by the Belgian director Olivier Meys, which is released on 28 March in Brussels and Wallonia, and on 9 May in Flanders, retraces the chaotic journey, littered with disillusionment, courage and solidarity, of a young Chinese woman who goes to Paris in order to provide her family with a better life, and who encounters misery, lies and prostitution along the way.

The region of Dongbei, China. Lina lives with her son and husband. Their life is fine, but Lina dreams of better. Why has China's economic expansion left them behind? Lina decides to travel to France alone so that she can earn enough money to open a small restaurant back home. But when she arrives in Paris, the much-desired ideal nanny job turns out to be something closer to slavery, and Lina has no choice but to resort to prostitution to pay off her debts and return home without giving up on her dream. This is a film about immigration, lies, and the need to save face when in front of those left behind. The trap closes on Lina when a young woman from her region forces her to help her find a job as a nanny in Paris. The young woman's tragic wide eyes urge her to return to China to keep up appearances.

After graduating from IAD, Olivier Meys quickly set his sights on China, where he witnessed the significant social change experienced by the country in recent years. He has since shared his observations via numerous award-winning radio documentaries at several festivals. He has also directed various short films and documentaries (Vies Nouvelles, Qian men Qian) before embarking on his first feature film, which uses fiction as an extension of his observational and reflective work to date.

Bitter Flowers is an intimate and shocking film about the struggle of a sacrificial heroine who is brave enough to want to succeed but must pay a high price in order to so. With a camera on the shoulder of Benoît Dervaux, and a remarkable performance by the film’s heroine, Qi Xi, this is both a love story, a modest but striking picture of the Chinese prostitution scene in Paris, and a moving portrait of the complicity that unites these worthy women against all odds, especially thanks to Lina and Li Yumeis’ friendship. This is a film about the weight of economic immigration, and the contradictions of contemporary China.

Bitter Flowers was selected last October at Busan International Film Festival, and in January at Ramdam Festival. The film was produced by Tarantula and Mille et Une Films, and co-produced by PS Productions. International sales are being handled by Loco Films, and the film is being distributed in Benelux by Cinéart.

"We never talk about how difficult the immigration experience is"

The young director scoops the Best Film and Best Director Award for Our Struggles at the 9th Magritte Award Ceremony, while Girl wins four Magritte awards

The 9th edition of the Belgian film awards could go a number of different ways, with nominations garnered by Our Struggles, Let the Corpses Tan, Above the Law and Girl

The Brussels International Film Festival intends to offer a sizeable, popular cinema gathering in the heart of the European capital

Olivier Meys tells the story, both with modesty and without pretence, of the destiny of a young woman who is sucked into the Chinese prostitution industry in Paris

The French firm will be at the EFM selling the second feature by Swiss director Germinal Roaux, which stars Bruno Ganz and is set to have its world premiere in Generation

Tarantula Belgique has just kicked off the shoot for the Belgian director’s film in Paris; filming will continue in Rennes before moving to China in November 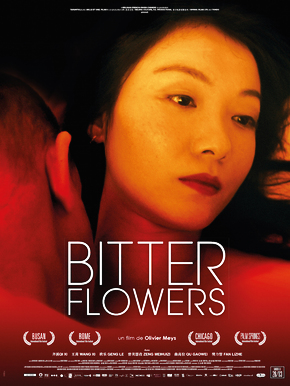