04/04/2018 - Francesco Prisco’s second film is a light-hearted and somewhat rock’n’roll black comedy set in Naples, with Rocco Papaleo and Laura Morante at the helm

Naples’ time in the sun is showing no signs of stopping. Having provided the backdrop for four films which recently premiered at the David di Donatello awards ceremony (see news), it is now the setting for the story of Bob & Marys [+see also:
trailer
making of
film profile], the new film by Francesco Prisco (Nottetempo [+see also:
trailer
film profile]). This black comedy, part Camorra gangland tale, part rock’n’roll caper, was inspired by a true story and is fronted by the unusual pairing of Rocco Papaleo and Laura Morante. But the Naples we see in this film, and where all the action takes place, is not the Naples we know. It’s more along the lines of provincial America, with its nice houses and gardens on the outskirts of the city.

So, what do you do when the criminal underworld quite literally moves into your house? This is what happens to Roberto and Marisa, husband and wife for thirty years – he’s a frustrated driving school instructor, she’s a volunteer involved in prisoner rehabilitation – who, on the eve of their daughter Ursula’s wedding (Simona Tabasco, previously seen in Perez. [+see also:
trailer
film profile]) leave their old house and move to an upmarket housing complex near Naples, a seemingly idyllic destination, were it not for its dangerous proximity to a tower block estate where crime reigns supreme. And in no time at all, crime comes knocking at their door: a gang headed up by Francesco Di Leva (Natale col boss [+see also:
trailer
film profile], A Quiet Life [+see also:
film review
trailer
interview: Claudio Cupellini
film profile]) sneaks into their house and forces the couple to store packages containing illegal merchandise in their front room, with no chance of the couple going to the police or making their unwelcome guests budge, even by an inch. Initially frightened, Roberto and Marisa, chosen by these criminals for being good, “invisible” people, gradually start to re-discover their rebellious side – the side that made them go off travelling in campervans and strut their stuff in rock’n’roll dance competitions – and instead of giving in, they react, shaking up their everyday, grey existence and injecting it with a healthy dose of self-esteem, re-awakening the passion that existed between them in the process.

The husband-wife dynamic is entertaining – she’s cunning, reckless and determined all at once, he’s nostalgic for the good old days and mercilessly manipulated by his partner – and Morante and Papaleo lend real credibility to the couple. The dynamic that develops inside the house is also entertaining, with the criminals sauntering in and out as they please, checking the packages and maybe adding a few more to the pile where they see fit. Not to mention the lengths the married couple go to so as to hide their domestic situation from those around them and to stop anyone from coming into the house, as well as the “bad” advice that Marisa gets from a delinquent trying to put his life right (Giovanni Esposito) when it should actually be her trying to help him get back on track... This is a nice, light-hearted black comedy, but it’s polite and could have pushed the boundaries further. Black comedy isn’t one of the more popular Italian cinema genres, and although the 41 year old Neopolitan director claims to have been inspired by the work of the Coen brothers (“for the role of the criminals, I looked less towards Gomorrah [+see also:
film review
trailer
interview: Domenico Procacci
interview: Jean Labadie
interview: Matteo Garrone
film profile] and more towards Fargo”, he revealed, presenting his film in Rome), there’s still a long way to go.

Produced by Elsinore Film and Ares Film, Bob & Marys is released on 5 April in roughly 200 Italian cinemas and is distributed by Videa.

Francesco Prisco’s second film is a light-hearted and somewhat rock’n’roll black comedy set in Naples, with Rocco Papaleo and Laura Morante at the helm

The shoot for Francesco Prisco's sophomore feature is under way in Naples; this outlandish crime comedy is based on a true story and stars an odd couple of actors 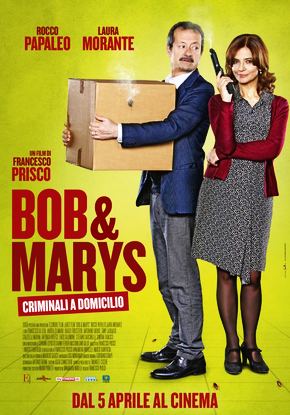 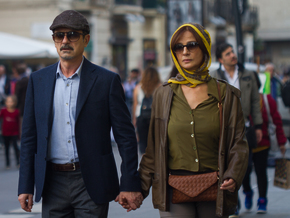 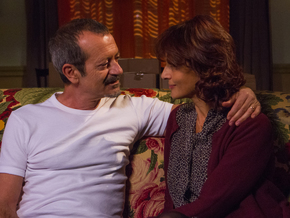