In 2013, a group of university students hit the headlines: they were found drowned on a beach after what seemed to be an initiation ritual known locally as praxe, where older students introduce fresh students to university life by forcing them to perform a series of humiliating tasks. Praxe is a divisive topic in Portuguese society, and some of its big supporters are, surprisingly, students. The film is inspired by this particular human interest story, whose most salient points remain unclear even today, since the only survivor, the Dux (the leader), refused to elaborate on the details, even in court.

The cast of Silent Meeting includes newcomers Ágata Pinho, Isabel Costa, Filipe Abreu and Nuno Fonseca as the four students led by the Dux, played by Alexander David. The question of what exactly leads their characters to agree to the rituals and sign their own death sentences remains unanswered throughout, as in most of the sequences, they seem open to blindly following orders. When questions are raised, mostly by Pinho’s character, they seem to arise more out of curiosity than out of discomfort.

Confronted with true, tragic but vague material, Vasconcelos did not stick to the (few existing) facts. Instead, he decided to dramatise the events with different characters, placing them in a different setting, where the beach was replaced by the countryside and the sea by a river. Simultaneously, he filmed the whole initiation process with allegorical undertones and with long takes that deliberately maintain an unemotional distance from the narration. Several sequences are inventively constructed, underlining the presence of mirrors or windows, which also contributes to the feeling of disturbing distance. The result is a strange film with strange characters, a disconcerting tale with hints of surrealism that resonates with the Greek New Wave – although it is not as consistent as the work of the directors who seem to have inspired it.

Silent Meeting was produced by Lisbon-based outfit C.R.I.M. and is currently in Portuguese theatres, courtesy of Nos Lusomundo Audiovisuais. 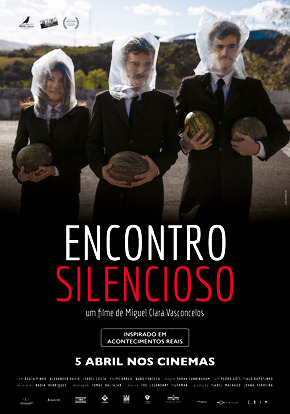 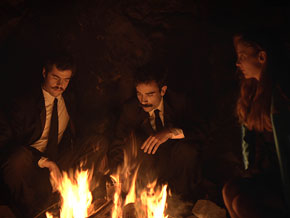 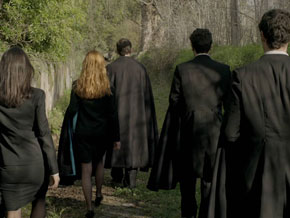