20/04/2018 - Keren Ben Rafael puts her name to an endearing first full-length film: a coming-of-age tale about the importance of nurturing our inner child

"The day was breaking, but it was still dark. The moon was full and the stars were twinkling in the sky. It was an opportunity not to be missed, the opportunity of a lifetime”. Listening to Lana - the 16 year old adolescent protagonist of Virgins [+see also:
trailer
film profile], the first full-length feature by Israeli filmmaker Keren Ben Rafael presented in the international competition section of the Tribeca Film Festival - life in Kiryat Yam seems a pretty poetic affair. In reality, however, it is not and while the bright lights of Haifa may shine some kilometres away, a feeling of boredom and emptiness pervades the little coastal town, with its seaside promenade that has been left unfinished and its few, aged inhabitants who wander up and down it.

It is in this somewhat depressing, no-hope-for-the-future setting that our young and energetic heroine (Joy Rieger) languishes, a fearless girl who dreams of packing her bags and heading off to Tel Aviv, to escape her humdrum routine that consists of time spent with boy friends and her mum, Irina (Evgenia Dodina), a single woman of Russian origin who runs an empty bar at the end of the beach.

But, just like in a western (a genre vaguely alluded to in the music of the film), her life is turned upside down by a (handsome) stranger: the writer, poet and journalist, Chip (Michael Aloni). After a bizarre first meeting (he is stung by a jellyfish, she pees on him to ease the pain), Lana goes with him to translate the story of a fisherman who only speaks Russian and, as a joke, she invents an alternative story about him seeing a mermaid (a myth that does actually have its place in the collective memory of the locals). What she doesn’t bank on is Chip turning it into an article and publishing it in Haaretz, causing a wave of media attention that is stirred up ever further by the mayor (Rami Heuberger). He dreams of re-booting the town’s economy and promises a million dollars to anyone who can bear witness to this phenomenon, bringing a raft of visitors to Kiryat Yam, some of them holiday-makers, other simply fascinated by the story… It’s a complete lie and while the madness whirs around them, Lana and her dreamy yet disenchanted, thirty-something Chip play a game of cat and mouse…

Aside for the classic coming-of-age details (Lana’s relationship with her mother and little cousin, her dreams of moving elsewhere and her restless attraction to Chip etc.), Keren Ben Rafael delivers a film that is tender, full of ideas and not without humour, on the subject of innocence and the childhood irrationality that, in spite of our desire to grow up and to live our lives, we should strive to keep a hold of and keep alive. Making the most of both the natural décor in which the film is set, not to mention the charisma of her lead actress, the transition of the director (a graduate of the Parisian university, La Fémis) into full-length films is smooth (even if the film isn’t entirely perfect). There is no heavy-handedness, only tenderness, empathy and slow-burning beauty.
This film was produced by French group Avenue B Productions, co-produced by the Israeli contingent at United King Films and Artza Productions, and by the Belgian contingent of Frakas Productions, with the support of Eurimages, while international sales of Virgins are being handled by Pyramide.

Samuel Theis is in the middle of shooting Petite nature

Review: The End of Love

Pity and Virgins triumph at the Montenegro Film Festival

Other winners at the 32nd edition of the Herceg Novi-based event included Let the Corpses Tan, Radu Jude's "...Barbarians" and Comic Sans

Karlovy Vary reveals the titles for its 53rd edition

A five-star line-up for Pyramide International at Cannes

Sergei Loznitsa and Etienne Kallos are in Un Certain Regard, Philippe Faucon and Beatriz Seigner in the Directors’ Fortnight, and Camille Vidal-Naquet in the Critics’ Week

Keren Ben Rafael puts her name to an endearing first full-length film: a coming-of-age tale about the importance of nurturing our inner child 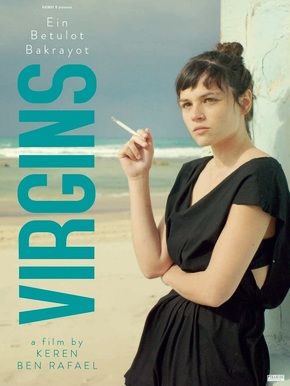 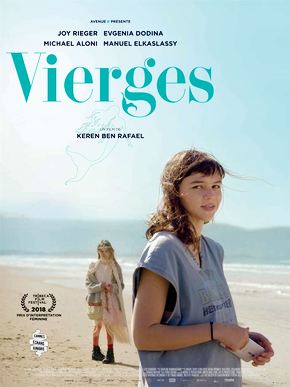 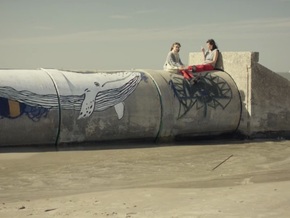 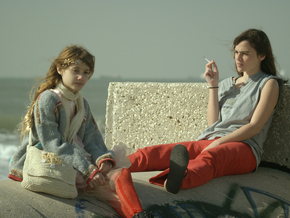 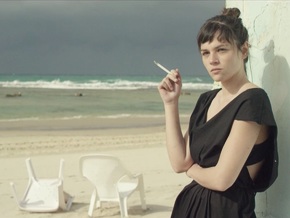