20/04/2018 - The new film from Canadian director Samara Chadwick, presented in the national competition of the Visions du Réel Festival, explores the torments of youth with lyricism and courage

This isn’t the first time Samara Chadwick has attended the Visions du Réel Festival. Back in 2016, in the “under development” stages of her first full-length film, she participated in the “Pitching du Réel” programme, hoping to gain support for her project. The director is now presenting the definitive version of this same film to Nyon audiences, following its selection for the national competition this year. Chadwick’s film, 1999 - Wish You Were Here [+see also:
trailer
film profile], a Canadian-Swiss co-production, is both ethereal and down to earth, personal and universal, and a moving homage to all those who have been held down by silence for too long. How do you escape from a refuge-prison that prevents you for reliving the past? Is memory function a singular or a multiple entity? These are just a couple of the questions raised by Chadwick’s first full-length film which looks to confront the pain of the past through the prism of film.

In 1999, the Francophone high school, École Mathieu-Martin, in Moncton, Canada, experienced an unexplained wave of suicides. Chadwick decided to go back to her childhood town to interview her old school friends who have, like her, been affected by these tragic events. The director ventures into the school corridors and the classrooms with her camera, into places which are familiar yet surreal, unreal. Lightyears away from the clichés churned out in American teen movies, there hides a mysterious tragedy behind the walls of this Moncton high school. Chadwick’s quest is a personal one, and a search for identity, where asking questions becomes more important than getting answers. What was it exactly that came over this place and its teenagers in 1999? Why is it that all memory of these events seems to have vanished?  In order to relive the ghosts of the past, the director dusts off some old diaries and VHS cassettes, where the small and apparently insignificant day-to-day details now seem steeped in profound mystery: there are daily moments of happiness and joy but there is also a sense of bewilderment, a loss of self, that appears to engulf everything in its path.

Through the images of 1999 - Wish You Were Here, Samara Chadwick gives a voice and a form to emotions that she couldn’t express back then. The film doesn’t follow the events as they happened so much as the emotional journey of those who, somehow or another, have managed to survive. Former students, but also teachers, parents or pedagogical counsellors, lay themselves bare in front of the camera, confronting, perhaps for the first time, the ghosts of their past. For many of them, it was silence that got them through the tragedy, a sheet of bullet-proof glass that shielded them from pain. Silence enveloped them, as it enveloped the events themselves, desperately attempting to negate something which they knew, subconsciously, would kill them.

With this film, the director attempts to open Pandora’s box in order to break the cycle of loneliness and to free her protagonists from a silence transformed into mutism over time. The protagonists of 1999 - Wish You Were Here often speak in Chiac, a local dialect which they used as teens, and this mysterious language accompanied by a musical score apparently lifted straight from the past adds yet another level of intimacy to the film’s imagery. Despite the difficult themes it broaches, 1999 - Wish You Were Here is never anything less than poetic and tender, a shining light: adolescence incarnate.

The new film from Canadian director Samara Chadwick, presented in the national competition of the Visions du Réel Festival, explores the torments of youth with lyricism and courage 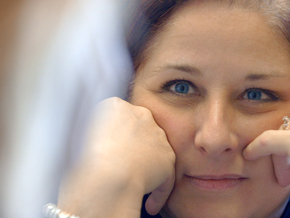 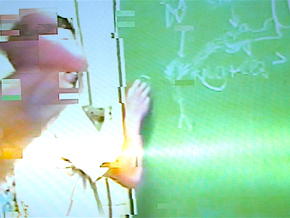