When Amedeo is asked to smile during a television test card, the twenty-year-old from Casal di Principe who came to Rome with dreams of becoming an actor, just can't do it. He looks straight into the camera, the corners of his mouth downturned, motionless. Now in Rome, Amedeo has left behind a brother who died at the hands of the Camorra, a frantic and useless search for his body, the silence of the people who watched him grow up, and the pain and impotence of ordinary and honest people – just like his family. This is the story of Nato a Casal di Principe [+see also:
trailer
film profile], the excruciating film directed by Bruno Oliviero which is a day-by-day reconstruction of a desperate week, that of Amedeo Letizia in search of his younger brother Paolo, kidnapped on the streets by armed men and never again to be found, dead or alive. A true story, which occurred in 1989 in Caserta, a city plagued with organised crime. Partial closure was found just a few years ago when a few remorseful prisoners released statements confirming that they had killed the boy.

None of us, young viewers in the early 90s, who grew up watching generational TV series such as l ragazzi del muretto, could have imagined the story hidden behind the eyes of that young actor, Amedeo Letizia – known as Gigi in popular fiction. The film is slightly detached from the book of the same name written by Amedeo himself and published in 2012, which focuses on the search for the boy. Amedeo rushes back from Rome – where he works in the field of photographic novels, (with a well-acted and painful performance by Alessio Lapice) – to his hometown as soon as he learns of the disappearance of his younger brother, Paolo, a hot-head who has got himself into trouble during a robbery. A predestined path from which there is no turning back for many boys from the area. In this film, however, Oliviero and the writers Maurizio Braucci and Massimiliano Virgilio don'tfocus on big Mafia bosses or shootings, but on the unconscious victims and a family that must face a tragedy bigger than itself, without even knowing where to begin.

In a house, Amedeo's real-life home, filled with his mother's prayers (Donatello Finocchiaro), his father (Massimiliano Gallo) tries to keep his son's intentions to seek out justice on his own with his cousin (Paolo Marco Caterino) at bay. The two boys try to make sense of the information they have and take up the rifle, but don’t know which way to turn, due to indifference and various attempts to lead them off the scent. The carabinieri do not investigate, the neighbours won’t talk, all they find is the unknown on the one hand and anger on the other. This film is first and foremost a shrewd story of civil resistance, of pain experienced with dignity. A film that adds important meaning – without spectacle or heroism – to what it means for ordinary people to live under the reign of the Camorra, both thirty years ago and in the present day.

Nato a Casal di Principe is an Italian-Spanish co-production by Cinemusa with Rai Cinema and Neo Art Producciones, with the contribution of the Region of Campania. Screened at Venice Film Festival 2017 in the Cinema nel Giardino section, and subsequently screened at Annecy Cinéma Italien and CPH PIX in Copenhagen, the film is due to be released in Italian cinemas on 25 April with Europictures. 10% of the proceeds will go to the creation of the "Paolo e Leonardo Letizia" Acting Academy, ​​which will be based in Casal di Principe, in a property confiscated from the Camorra, and will be run by Massimiliano Gallo.

The new film by the Roman director is an Italian-French co-production and is due to star Marco Giallini, Michela Cescon and Massimiliano Gallo

The 2017 edition is set to open on Friday 1 December with Laurent Cantet's The Workshop. The programme boasts 103 titles, of which 21 will be world-premiering and 20 are due to premiere in Italy

Matteo Rovere on set with Romulus and Remus, The First King

After six David di Dontaello awards for Italian Race, the director has started filming with Alessandro Borghi on the legend of the founding of Rome. Belgium are co-producing

The 6th edition of the Biennale’s Sala Web brings to Festival Scope 18 films that will premiere on the Lido, until 19 September

Shooting to start in March on Nato a Casal di Principe 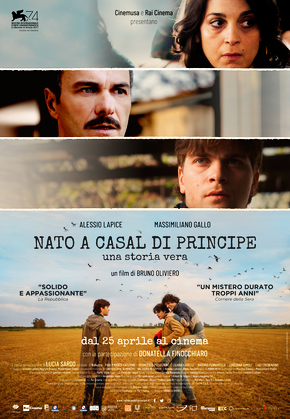 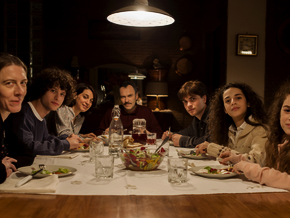 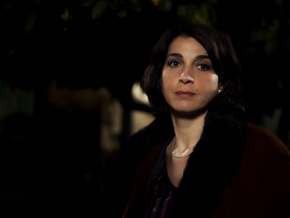