Review: The Eyes of Orson Welles

10/05/2018 - CANNES 2018: Through drawings and doodles made by Orson Welles, filmmaker and scholar Mark Cousins gives us an insight into the man and his movies 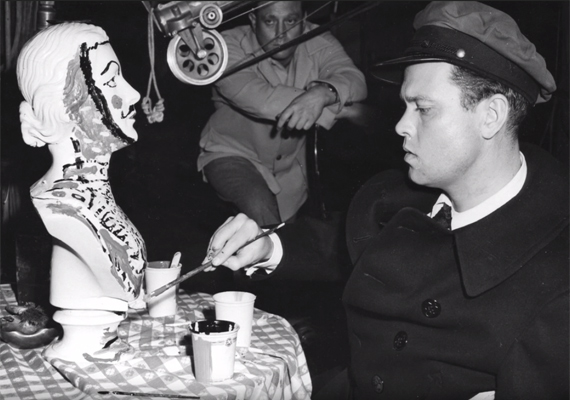 Is there anything left to say about Orson Welles? Given how many books and films have been written and made about the director of Citizen Kane, one would have thought the answer was “no”, but giving us a new way of looking at things is the speciality of Northern Irish filmmaker and scholar Mark Cousins. The Eyes of Orson Welles [+see also:
trailer
interview: Mark Cousins
film profile], playing in Cannes Classics, starts with Cousins being given access to drawings, sketches and doodles made by Welles by his third daughter, Beatrice. Cousins then uses these images to both reappraise Welles’ impressive body of work and also the man himself.

The documentary uses a mixture of techniques to tell the story. As we have seen in his previous films, such as A Story of Children and Film [+see also:
trailer
film profile], which premiered at Cannes in 2013, Cousins inserts himself into the work to set the scene of the world he is about to essay. There is also narration, archive footage and an interview with Beatrice Welles, but mostly there is the shadow of the director whom many have called the greatest in cinema history. It starts with Cousins wondering how Welles would see the digital world we exist in today. He suspects Welles would revel in it. Cousins then turns his camera skywards to gaze high up at the New York skyline and its tall buildings, symbols of power. He makes a connection to the camera angles favoured by the director, which feels like it could come from any text on film, but this is just Cousins coaxing us into the story he wants to tell, giving us a moment to take in what we already know before offering up a reappraisal.

The drawings and pictures, taken to Scotland from a New York vault by the director, suddenly turn the film into something quite different. The unconscious comes to the fore. At first, the pictures and drawings seem like curios, ways to jump into stories about Welles’ work on human rights, which Cousins places in the context of the world of Trump. It turns out that Welles was also quite a mensch when it came to helping his fellow man. Later on, Cousins looks at some of Welles’ foibles around his personal life and relationships, but instead of taking a tabloid approach, he tries to ask how his subject viewed love. Throughout, Cousins is less interested in the “what” and more focused on the “why”, and that is where the pictures prove an indispensible tool – a window into the unconscious mind.

There is barely a mention of Citizen Kane, as the drawings give Cousins new insights into some of Welles’ less celebrated works, such as Mr. Arkadin (1955) and his 1948 adaptation of Macbeth, in which the director also played the title role. These are films that barely get a mention in discussions of Welles’ oeuvre, but Cousins demonstrates how the edgy, scrappy nature of these movies are mirrors to the way in which the famed director looked at the world visually. It’s all backed up by Cousins’ florid prose, which feels like he’s telling us the most exciting bedtime story of all time. It’s a marvellous film that will please those more au fait with Welles’ body of work as well as those looking for a unique, accessible introduction.

The Eyes of Orson Welles is a Bofa production in association with the BBC and Filmstruck. It was supported by the National Lottery through Creative Scotland. The world sales are handled by Dogwoof.

more about: The Eyes of Orson Welles

“Most of Orson Welles’ drawings are escapes from cinema”

CANNES 2018: We spoke to Northern Irish director Mark Cousins, whose new documentary, The Eyes of Orson Welles, is premiering as part of Cannes Classics

Carlos Saura to attend Biografilm with his film Renzo Piano

The Spanish director is due to screen the world premiere of his documentary about the famous Italian architect in Bologna. The festival dedicated to life stories is due to run from 14 to 21 June

CANNES 2018: Lucky Red has acquired the rights to the Jury Prize winner Capharnaüm at Cannes Market, while Academy Two has bought the rights to At War by Stéphane Brizé

CANNES 2018: The film by Stefano Savona has won the award for the best documentary screened across the various Cannes sections this year

Review: The Eyes of Orson Welles

CANNES 2018: Through drawings and doodles made by Orson Welles, filmmaker and scholar Mark Cousins gives us an insight into the man and his movies 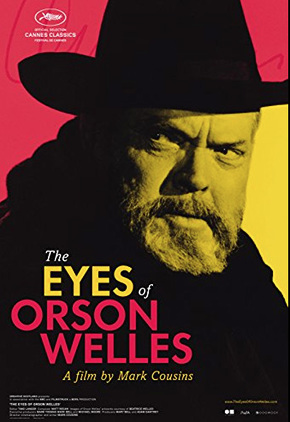 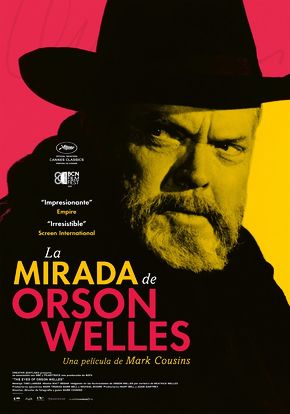 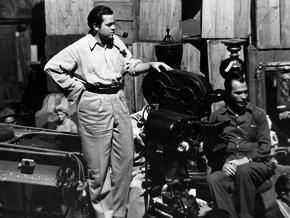