19/05/2018 - CANNES 2018: Through the latest work by Kazakh filmmaker Sergey Dvortsevoy, we undergo a taxing physical experience alongside a young Kyrgyz mother, living illegally in Russia

Through Ayka [+see also:
trailer
interview: Sergey Dvortsevoy
film profile], the latest film by Kazakh director Sergey Dvortsevoy, heralding his return to the Cannes Film Festival – this time in the main competition - ten years after he was discovered through his first full-length film, Tulpan [+see also:
film review
trailer
film profile] (which triumphed in the Un Certain Regard section in 2008), we must undergo a draining, painful and uncompromising experience. The road on which we travel for the duration of the film, markedly uncomfortable and clammy is that of a young Kyrgyz woman, living illegally in Russia. She slips out of hospital soon after giving birth and proceeds to abandon her son to the care of the ward. From here on in, she runs in blind panic, in a bid to escape inescapable motherhood, but also in a desperate attempt to start making the money she frantically needs to repay a loan – a loan she sought out from a gang of ruthless Mafiosi, to fund her desire for a new life in Russia.

As Ayka (played by Samal Yeslyamova, who gives a decidedly plucky performance) desperately tries to find work, on her knees and willing to accept anything from this society which despises her, the camera stays with her always, glued to her aching body which constantly beads with perspiration despite the biting cold of the climate; an insistence which finds parallel in the ringtone of Ayka’s telephone, chiming out at all times for the entire length of the film and enhancing the aggressive atmosphere and the feeling of urgency which characterise the story.

The soundscape is, in fact, crucial in this instance because it accentuates the unpleasant sensation of unwanted physical proximity experienced by Ayka and felt by the viewer throughout the film. It contributes to a rhetoric of repulsion with regard to the body in all its forms, omnipresent and intruding on almost every scene (the strident crying babies, the deafening barking of dogs, the sounds associated with swallowing, the noise made by soft meaty flesh, chicken carcasses to pluck and wash, the thick gushing of redundant maternal milk, open wounds on dogs who are taken by their owners to the veterinary practice where Ayka manages, by force, to find herself a temporary position replacing another employee…) and is reminiscent of the notion of the rejection of foreign bodies or organs, resonating with both the situation of our heroine in Russia and that of her unwanted and abandoned child.

Ayka is produced by Russian company Kinodvor, alongside Pallas Film (Germany) and Otter Films (Poland), with international sales managed by The Match Factory.

CANNES 2018: Russian filmmaker Sergey Dvortsevoy talked to us about his second feature, Ayka

Other winners at the 40th edition of the second-oldest festival dedicated to cinematographers included The Wild Goose Lake, Piranhas and Ayka

“If you deal with film and Eastern Europe, you inevitably deal with politics”

We met up with Bernd Buder, the programme director of the Film Festival Cottbus, the 28th edition of which will take place from 5-11 November

The A-list gathering, which is the oldest and only internationally accredited annual film festival in the Arab world, Africa and the Middle East, will unspool from 20-29 November

Other winners at the 28th Festival of East European Cinema included Jumpman, Irina, The Load, Take It or Leave It, A Coach's Daughter and Never Leave Me

Hirokazu Kore-eda snagged Best Director, while the acting gongs went to Capernaum and Ayka at the Turkish gathering 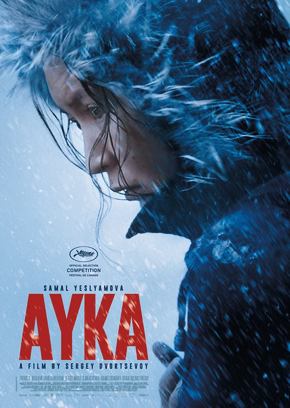 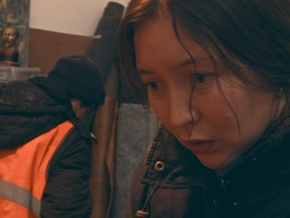