Malik Zidi and Leynar Gómez to topline Towards The Battle

25/05/2018 - The French actor and the Costa Rican thesp are getting started on the shoot for the feature debut by Aurélien Vernhes-Lermusiaux, which is being produced by Noodles and sold by Be For Films 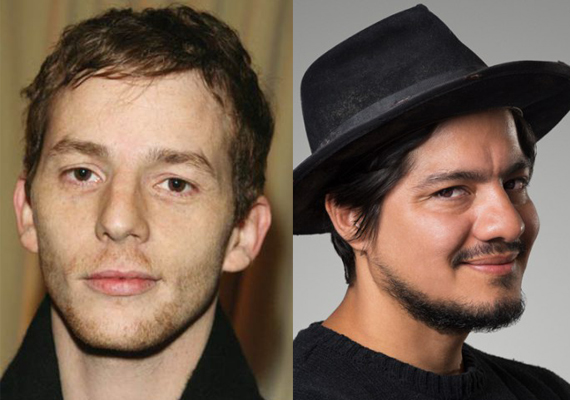 The first clapperboard will slam on Saturday 26 May in the vicinity of Villa de Leyva, Colombia, for the feature debut by Aurélien Vernhes-Lermusiaux, Towards The Battle [+see also:
film review
trailer
film profile]. The filmmaker, who has previously turned heads with his short films, such as Les vies de Lenny Wilson and Hashima mon amour (in the national competition at Clermont-Ferrand in 2017 and 2014) and Le Rescapé (in the Leopards of Tomorrow international competition at Locarno in 2007), has summoned Malik Zidi (César Award for Most Promising Actor in 2007, and popular in films such as Inside the Cell [+see also:
trailer
film profile] and Rebellion [+see also:
trailer
film profile]) and Costa Rica’s Leynar Gómez (who plays El Limón in season two of Narcos) to take on the lead roles.

Written by the director together with Olivier Demangel, the story unfolds around the year 1860. Louis, a photographer, convinces the general of the French Army to send him to Mexico to photograph the colonial war that is ravaging the country. Once he is there, nothing goes as planned. Never in the right place at the right time to see the battles, Louis can't snap a single picture of the war. But his encounter with Pinto, a Mexican peasant, changes his destiny. It leads him to discover neither glory nor wealth, but a way to confront the ghosts of his past.

Produced by Julien Naveau for Noodles Production (with Jérôme Vidal on board as associate producer), Towards The Battle is being co-produced by Colombian outfit Imaginaria Cine, has been pre-purchased by Ciné+ and has secured an advance on receipts from the CNC. The shoot will take place in Colombia for five weeks and will wrap with one day’s filming in France on 6 July. The French distribution will be handled by Rezo Films, while the international sales have been entrusted to Be for Films.