Among the honorary awards handed out at the 17th edition of the Transilvania International Film Festival (25 May-3 June, Cluj-Napoca) is a Lifetime Achievement Award for famed Hungarian director Márta Mészáros, whose latest feature, Aurora Borealis: Northern Lights [+see also:
trailer
film profile], is being screened, together with her classics Diary for My Children and Adoption, in the 3x3 sidebar. Despite a certain clumsiness and some dubious screenplay and directing choices, the film reconfirms Mészáros as a master of memory and a revivalist of old trauma.

Well-known Hungarian actress Mari Törõcsik (also the recipient of a TIFF Lifetime Achievement Award in 2012) plays Maria, an elderly lady living in a village. When she receives a letter with news from the past, the shock puts her into a coma. Her daughter Olga (Ildikó Tóth), who works in Vienna as a lawyer, hurries back home to take care of Maria. Following a series of events, Olga comes to understand that almost everything she knew about her family’s past has been a lie…

Although the film is rather too liberal with its jumps back and forth from the present day to 1950s Hungary and Austria, the flashbacks do tell Maria’s story efficiently. It is not exactly original, but some committed acting from the performers and the director’s flair for reviving the past push the audience into a place where it becomes easier to understand the challenges in the life of a woman during difficult times. We see the young Maria (Franciska Töröcsik) falling in love with handsome Ákos (Jozsef Wunderlich), but soon, the political changes force the young couple to try to flee to Vienna, which is under Russian occupation. Everything that happens shows how a person can be like a speck of dust carried by the violent winds of history.

Aurora Borealis is a deeply feminist film, showing several powerful female characters trying to make the best of the most difficult of times for themselves and their families. Male characters are shown as either immature or unreliable, at times mere distractions, at others violent, petty obstacles, with the women pushing forward through sheer willpower. Even Maria’s lies about her youth, no matter how troubling they are for Olga, are a sign of strength: by denying the past, Maria has succeeded in creating a new story for her family. It may be artificial, but for Maria, it is a hard-earned truth.

But what is most impressive about Aurora Borealis is that somehow, it makes the audience think about present-day wars and tragedies. The horrors that Maria once faced in the past now happen not so far from Europe. They may be confined to the periphery of our attention, kept at a comfortable distance and securely cordoned off behind a TV screen, but they do happen. Despite its shortcomings, Aurora Borealis is an invitation to empathy, and it has to be cherished for that.

Aurora Borealis: Northern Lights was produced by Filmteam (Hungary) and co-produced by Nordic Productions (Lithuania). The film is being handled internationally by the Hungarian National Film Fund, and it will be distributed in Romania this autumn by Cine Europa.

The 13th edition will run from 14 March to 1 April with a competition, a focus on the Baltic countries, tributes and multiple events

CANNES 2017: The Hungarian distributor acquired the award-winning films BPM (Beats Per Minute) and The Killing of a Sacred Deer on the Croisette, among others

Hungarian film prepares for the future at the Cannes Film Market

A slew of Hungarian features currently in post-production are about to hit the Croisette, and the new projects by Kornél Mundruczo and Janos Szasz are also on the menu

Today, Márta Mészáros begins the shoot for her new film, starring Mari Törőcsik and Ildikó Tóth, and produced by Filmteam 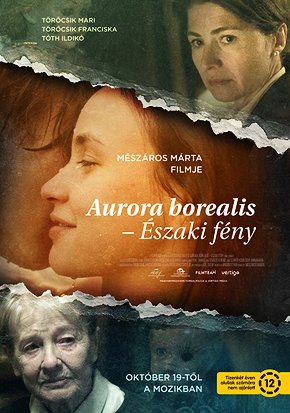 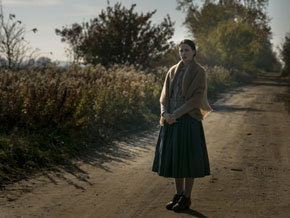