29/06/2018 - Matt Palmer infuses fresh impetus into a timeless formula for his first film, awarded with the Michael Powell Award for Best British Feature Film at Edinburgh

Have Scottish best friends Vaughn Carter (Jack Lowden) and Marcus Trenton (Martin McCann) not seen Deliverance? Or, for that matter, any of the many other films about a bunch of lads leaving behind their loved ones for one final weekend of fun before the inescapable onset of domesticity? Bad things tend to happen, and Calibre [+see also:
trailer
film profile] – awarded with the Michael Powell Award for Best British Feature Film at the Edinburgh Film Festival – is no exception. The good news, though, is that writer and director Matt Palmer has managed to infuse fresh impetus into this well-worn but timeless formula, by side-stepping some of the more obvious clichés, and ensuring the main characters, Vaughn and Marcus, remain credible in the eyes of the audience.

When we first meet our leading men, Vaughn is living in an apprehensive kind of bliss in Edinburgh, with his girlfriend who is pregnant with their first child. Marcus, his best friend, cajoles him into going on one last pre-baby boys’ trip: a hunting weekend in the Scottish Highlands.  Marcus has never really moved on from their boarding school antics, eternally lost in his own laddish world. He still snorts cocaine to stay sober and loses no time at all chatting up girls in the first pub they come to. Vaughn just about manages to stay true to his beloved partner, despite the efforts of Iona (Kate Bracken). Inevitably, Marcus will rub the locals up the wrong way with his antics, though it’s not the first time, and it certainly won’t be the last.

There is a Bambi syndrome of sorts in movies. The last thing you should do is kill a deer, as proved by Japanese horror trilogy, Ring, or in last year’s smash hit, Get Out. Deer are as sacred to filmmakers as they were to Artemis in the famous Greek myth that has spawned a thousand copycats. There are huge parallels between the Agamemnon tale and what comes to pass in Calibre, where Vaughn, despite a moment of doubt, ultimately proceeds to shoot the deer he spots in the wood. This split-second decision will change the dynamic of his relationship with Marcus forever, as well as sparking huge ire among the local Highlanders.

Hungarian cinematographer Márk Györi does as sterling a job here as he did on Peter Strickland’s wilderness-set, revenge thriller Katalin Varga [+see also:
film review
trailer
Interview Peter Strickland - Director …
film profile]. Despite the vast expanse of the Highlands, the world portrayed in Calibre is strikingly claustrophobic. It’s as if the twosome are trapped in the spaces they inhabit, whether in the car, the pub or the woods. This is a taut film, with a simple plot that doesn’t try to overcomplicate matters, and which more than makes up for its predictability with stunning lead performances, and a refusal to turn the locals into hillbillies. In fact, all of the film’s characters are well-rounded and three-dimensional. The pace is relentless in kind, which isn’t always to the benefit of the story, as some of the more psychological elements of the film aren’t given the required time to mature. But Calibre is a great calling card for Palmer, who’s proved that he’s a talent and one to watch.

Matt Palmer infuses fresh impetus into a timeless formula for his first film, awarded with the Michael Powell Award for Best British Feature Film at Edinburgh 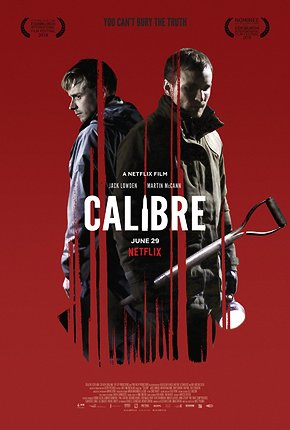 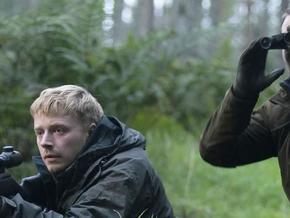 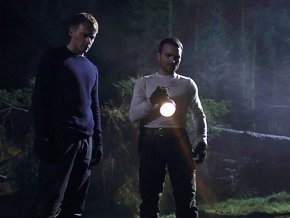 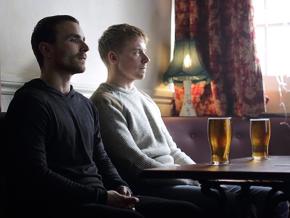