02/07/2018 - KARLOVY VARY 2018: The debut feature by Belarusian filmmaker Darya Zhuk is a confident and vital work that is also the country's entry for the Oscars

If “not giving a flying fuck” were an Olympic sport, then Belarus may very well hold the gold medal if Alina Nasibullina’s performance in Crystal Swan [+see also:
trailer
interview: Darya Zhuk
film profile] is anything to go by. Her tour-de-force portrayal of insouciance, youthful rebellion and – ultimately – naivety is part of the unique energy that flows through Darya Zhuk’s debut feature, a film that is both a clever examination of individual ambition and a thoughtful exploration of a country in flux.

In the movie, which has opened the East of the West competition at Karlovy Vary 2018 and will be the Belarusian entry for the Academy Awards, Nasibullina plays Velya, a DJ who wants to do nothing more than move to the USA and become world-famous. In 1990s post-Soviet Belarus, this dream is more realistic than it has ever been before, and Velya finds herself filling in a US visa application complete with a random phone number. But when she discovers that the consulate plans to ring that number, Velya finds herself in a small factory town needing to wait by the phone of a family she’s never met before. As her zest for freedom clashes with the small-town mentality of sticking to your own, Velya’s own vitality threatens to be dulled.

From the very beginning, Velya is visually set apart from the rest of her surroundings – with the associated grandiose drabness of the Soviet era – with vividly coloured hair and bright clothing. But her attitude also plays a part – she’s stubborn, single-minded and not afraid to be rude. However, this self-confidence never comes across as arrogance and instead is a mark of someone trying to live life to the full in a society that still can’t get to grips with the fact that it has freedom in its grasp. Even when cracks appear in that self-confidence in the latter third of the film, Nasibullina has a tangible sense of defiance when faced with a world that seems determined to stay locked in a cage.

Zhuk plays with the tropes of social realism, incorporating the grey buildings and stark monuments of the Soviet era, but constantly undercuts these with the colourful presence of Velya and with the sequences of underground parties (fans of 1990s house music will find themselves well served by the first half of the film).

There’s a large element of satire at play in the movie. The eponymous Crystal Swan is a piece of glassware made in the factory that Velya finds herself in – much like Velya herself, it’s something that would appear to be prized much more outside of the country. As she tries to sell an Armani jacket for funds, we’re shown a place where things are valued for their “otherness”. But this is where the film also offers a hint of caution – while freedom and a new way of life are important, one should not totally forget about the past.

Already the recipient of the Best International Work-in-progress Award at Tallinn’s Black Nights Film Festival, Crystal Swan’s world premiere in Karlovy Vary’s East of the West competition should garner much interest from the industry and audiences alike thanks to a brilliant central performance, strong cinematography by Carolina Costa and bold direction by Zhuk. Given that Zhuk previously proved popular on the festival circuit with shorts screening at the likes of SXSW and Palm Springs, this feature bodes well for her future ventures.

The film was produced by the USA’s Turnstyle TV LLC, and co-produced by Belarus’ Demarsh Films Minsk, and the USA’s Unfound Content, Fusion Features and Vice Media.

"In Belarus, the idea of changing country to pursue a better life is still floating around"

We met Belarusian director Darya Zhuk at the Film Festival Cottbus, where her debut feature, Crystal Swan, was selected for the international competition

At the Film Industry Office awards ceremony, it wasn’t just emerging filmmakers who got their moment in the spotlight

The second edition of Cinema: Backstage, previously focusing on gender equality, shone the spotlight on international co-productions during an engaging event that favoured practice over theory

Industry@Tallinn showcases a slew of international works in progress

The Bilbao International Documentary and Short Film Festival will celebrate the big six-oh with an appealing, intriguing and diverse programme 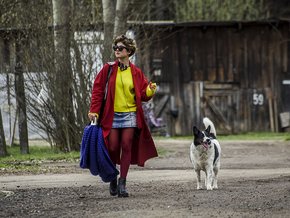 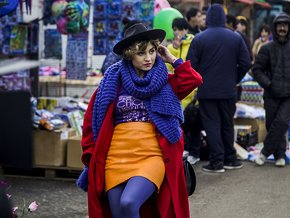