02/07/2018 - KARLOVY VARY 2018: Guillaume Brac delves into the heart of a water park near Paris. A return to childhood filled with fleeting yet profound encounters

Summer is a season brimming with natural holiday smells, as is the case in the suburbs, where an atmosphere of relaxation and aspiration mingles with feelings of well-being fuelled by the sun’s rays. This particular time of year is all about breaking with daily routines in search of a bit of breathing space and an outlet for expressing emotion. In fact, Guillaume Brac decided to devote two films to this time of year: a fiction film, July Tales [+see also:
trailer
film profile] (unveiled last year out of competition at Locarno) and the documentary Treasure Island [+see also:
trailer
interview: Guillaume Brac
film profile], which just had its world premiere in competition at the 53rd Karlovy Vary Festival, a few days before its national release by Les Films du Losange. A diptych, made even more original by the fact that both films were shot in the same place, Cergy-Pontoise water park...

"I don't know about treasure," he said, "but I'll stake my wig there's fever here." By opening his documentary with a famous quote by Robert Louis Stevenson – and obviously also referring to the famous novel by the Scotsman in the film’s title – Guillaume Brac hints at what might lie ahead: an adventure told through the eyes of a child. Indeed, the audience crosses paths with a lot of children and young people during the film, from a small group of teenagers trying to get into the park via a side road because they don't have enough money to buy a ticket, to some slightly older kids on the pull – with varying success – and a multitude of people lying about in their swimming costumes on the beach or splashing about in the water, joyfully crying out as they muck around. And it may be forbidden, but there's a lot of fun to be had jumping from the bridge as soon as the lifeguards turn their backs! And if for many people this place exists only as a transitory moment in their lives, a peaceful and welcome break from their usual routines, for others, the water park has almost become a sort of oasis, brimming with important memories, as is the case for Jeremy, the handsome pedalo monitor who introduces two girls to the hidden corners of the park after hours, and who fondly remembers the art of dodging caretakers in his youth. Because the island is by no means an uncivilised place and all employees help out, with benevolence and professionalism, in order to help supervise this liberated space.

Three tiny little guys climb a hill as if they were scaling some sort of spectacular mountain, an Afghan family recounts the story of their migration, as does a Guinean night guard, a young woman gets a thrill from diving off the top of a post, while others paddle at dusk until they reach the inside of a pyramid built in the middle of the pool ("it's magic!"), Treasure Island invites its audienceto immerse itself in total serenity, like a sort of amniotic bath at the heart of an epic egalitarian social melting pot. A simple (but not simplistic) quasi-sociological docking in a small corner of a popular lost paradise that closes its doors at the end of the summer and that the filmmaker’s fixed camera and broad shots subtly and sentimentally infuse into its audience, yet further confirming Guillaume Brac’s delicate talent.

Treasure Island was produced by Nicolas Anthomé (European Film Promotion Producer on the Move 2018 – read the interview here) for bathysphere, which is directly managing international sales.

"I need political and social issues to be smuggled in, behind a screen of lightheartedness and comedy"

KARLOVY VARY 2018: Guillaume Brac delves into the heart of a water park near Paris. A return to childhood filled with fleeting yet profound encounters 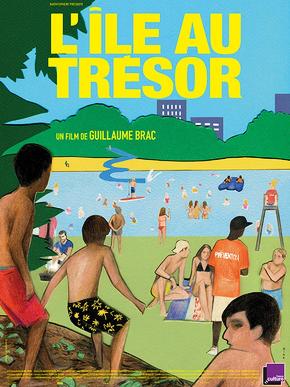 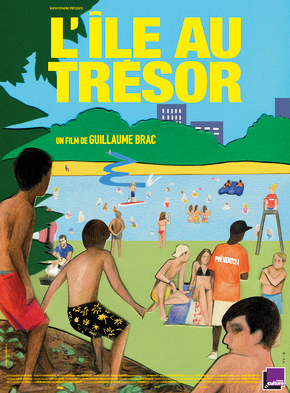 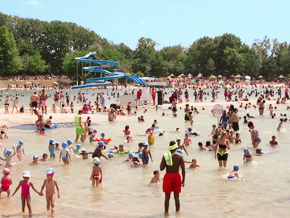 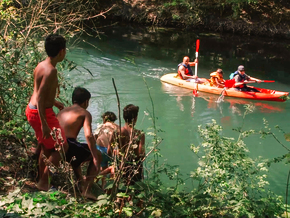 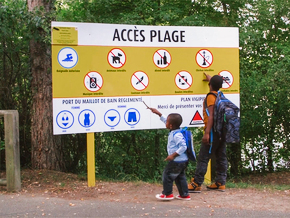 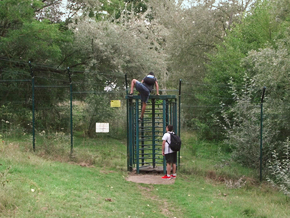