02/07/2018 - KARLOVY VARY 2018: Ukrainian documentarian Roman Bondarchuk tries his hand at fiction with a debut that intertwines fantasy and reality while showing us a different aspect of the undiscovered New East

Well-known Ukrainian documentarian Roman Bondarchuk rose to fame with the medium-length Euromaidan. Rough Cut (2014), which he co-directed and which was screened at the IDFA. One year later, his first feature-length documentary, Ukrainian Sheriffs [+see also:
trailer
film profile], received the IDFA’s Special Jury Award. With his most recent documentary, Dixie Land [+see also:
trailer
film profile], Bondarchuk returned to his native province of Kherson to follow a children’s jazz band. His fiction feature debut, Volcano [+see also:
trailer
interview: Roman Bondarchuk
film profile], uses the same region as its setting and has enjoyed its world premiere in the East of the West competition at the 53rd Karlovy Vary International Festival.

As he is driving through the immense steppe in the south of Ukraine, 35-year-old Lukas (Serhiy Stepansky), who is working as an interpreter for an OSCE mission, gets lost. He abandons his group in order to search for help, but when he returns, the car and everyone else is missing. With no place to go, Lukas will seek shelter in a small nearby town. There, he gains the trust of an eccentric local, Vova (Viktor Zhdanov), who lives with his young daughter Marushka (Khrystyna Deilyk) and his despotic mother. After accepting Vova’s hospitality, Lukas is captivated by the absurdity and bizarreness of the region and its inhabitants. While still struggling to escape, he is faced with a series of extreme situations but also has time for introspection and to pursue a state of true blissfulness.

In his fiction debut, Bondarchuk makes use of many of the elements that were staples of his documentary work. He sets his story in a rural area that is practically a no man’s land, where there is a thin line between tragedy and comedy. Considering the vivid overexposure of his heroes’ characters, most of which are played by actual locals, the movie could easily have descended into a farce. Instead, the director decides to present his story in an accurate and – thanks to Vadym Ilkov’s cinematography – vibrantly realistic way. In conjunction with the serious approach to all of the events, a documentary feeling underpins the whole movie, even when the narration reaches the boundaries of pure fantasy.

This journey through paranoia in the steppe is almost just as absurd for Bondarchuk, as Volcano feels semi-autobiographical. He’s originally from Kherson, but his Kyiv upbringing makes him as much of a stranger as Lukas. Furthermore, the hero, portrayed in an awkwardly affecting way by acclaimed sound designer Stepansky – known for his collaboration with Myroslav Slaboshpytskyi on The Tribe [+see also:
trailer
film profile] – in his first acting role, is the same age as the director, is a passer-by and is embarking on a similar inner quest. In parallel, Ukraine is going through a similar experience.

Bondarchuk started developing Volcano ten years ago, initially with his wife, Dar’ya Averchenko, along with Alla Tyutyunnyk, who also co-wrote the script, as most of the heroes are based on the writers’ relatives from the region. Everything was shot in the town of Beryslav, perched on the banks of the River Dnieper and just one hour north of Crimea. During the film’s development, events of immense historical importance occurred, including the “revolution of dignity”, the annexation of Crimea and the War in Donbass.

Volcano manages to tread the narrow path where fantasy intersects with reality, and both coexist in harmony. By offering just a glimpse, Bondarchuk beckons the viewer into this parallel and enchanting universe of the undiscovered New East, which can still be enticing without being scary.

KARLOVY VARY 2018: Ukrainian filmmaker Roman Bondarchuk has presented his first fiction feature Volcano in the East of the West Competition, and has talked to us about it

Roman Bondarchuk sends a message to the international community

The Ukrainian director and art director of Docudays UA asks the international community, “Do not stand aside”

The Load and A Land Imagined triumph at Pingyao

The Man Who Surprised Everyone won the People’s Choice Award in the Crouching Tigers Competition, while Girl and Volcano scooped the same prize in the Best of Fest and Hidden Dragon sections

Our David Katz reviews the Ukrainian film Volcano from Karlovy Vary's East of the West, and references it with titles as diverse as Star Wars, Western and The Revenant 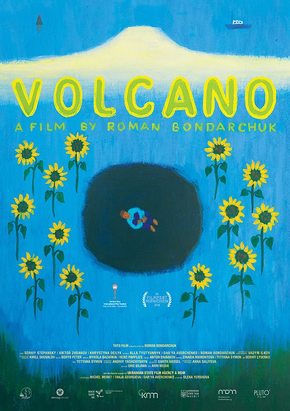 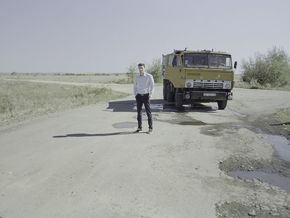 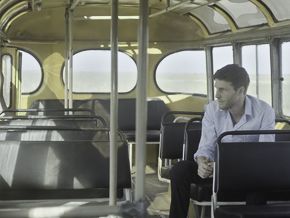 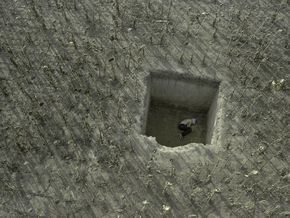 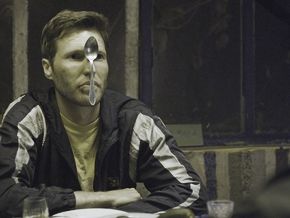 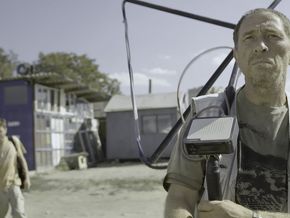 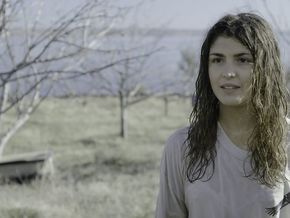 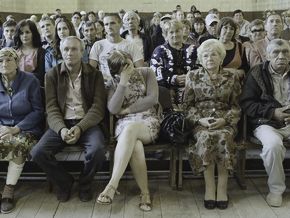