02/07/2018 - KARLOVY VARY 2018: Sonja Prosenc's second feature loses on the emotional front what it gains on the impressive sensorial level

Slovenian filmmaker Sonja Prosenc, whose first feature, The Tree [+see also:
film review
trailer
film profile], world-premiered in Karlovy Vary's East of the West section in 2014, is back with the highly anticipated History of Love [+see also:
trailer
interview: Sonja Prosenc
film profile], screening in the festival's main competition. Prosenc has kept her intensely sensorial approach that impressed audiences and critics alike in her first film, but has moved away from the socio-political angle that it had, focusing on intimate family relations, and particularly the main protagonist's inner world.

Teenage girl Iva (Doroteja Nadrah, from Class Enemy [+see also:
film review
trailer
interview: Rok Biček
interview: Rok Bicek
interview: Rok Bicek
film profile]), a high diver, is trying to cope with the loss of her mother, an opera singer who died in a car accident. Her father, a beekeeper, barely seems to be able to manage his own emotions, let alone those of his children – a younger daughter and a teenage son.

They live in a large house in what seem to be suburbs of Ljubljana, and when a courier delivers a belated package for the departed mother, the family learns she was having an affair – with the conductor of her orchestra, a foreigner of undisclosed nationality, played by Norwegian actor Kristoffer Joner (The Wave [+see also:
film review
trailer
interview: Roar Uthaug
film profile]). Now that she has a target to project her pain onto, she latches onto it and starts stalking him. This will lead to the final act of the film that the two spend together on a river, in a sort of a dreamy, hallucinatory segment where reality is as fluid as the setting.

However, in order to grasp the points of the plot above, the audience has to be attentive, as there is very little dialogue, and the narrative structure is non-linear and peppered with small hints that are often not easy to detect. This is Prosenc's forte, as she displayed in The Tree, except that this is a much more luxurious film, visually and aurally speaking.

Mitja Ličen's cinematography is rich and varied, and so are the settings. From the streets of Ljubljana to the family's large house in the suburbs to the lush banks of the river, the DoP lets the camera flow, pan and follow Iva, in both sunny daylight and nocturnal scenes illuminated by lanterns, torches or smartphone screens.

Also, the camera often goes underwater – one of the most consistent leitmotifs of the film. This is where Iva's hearing impediment comes into play, through the very creative and meticulously executed sound design. Combined with the score, featuring some of Bach's most sweeping choral pieces, the sound and images create a distinct world that belongs to Iva – and where reality and imagination overlap without any clear borders.

This is certainly one of the strengths of the film, but the excessive reductionism in dialogue and plot devices often leaves the viewer unclear about the characters' relations and motivations. The themes of loss, grief, family alienation, guilt and, finally, love, are clearly there, but it is hard to connect them emotionally to the characters. The acting, which is also on this low-key level of expression, despite Nadrah's commanding presence, is in accordance with this approach, which unfortunately leaves the viewer disconnected from the emotional core of the story.

History of Love is a co-production by Slovenia's Monoo, Italy's Nefertiti Film and Norway's Incitus Films.

more about: History of Love

KARLOVY VARY 2018: Slovenian filmmaker Sonja Prosenc, who received a Special Jury Mention in the Competition for her second feature History of Love, talked to us

The 8th MICI event kicks off soon in Como

The International Meeting for Independent Cinema will unspool from 6 to 8 December, with a focus on international co-productions and genre films

The latest movies by László Nemes and Sergei Loznitsa will get an airing at Lima’s Al Este Festival, which brings European film culture to Latin America

In our first interview, Marija Jeremić talks to Sonja Prosenc about her film History of Love, which screens in Karlovy Vary Competition

Slovenian filmmaker Miha Mazzini's first feature is a motherhood drama with a strong social and political angle, and an excellent performance by its star, Judita Franković Brdar

30 new projects in a more or less advanced stage of development were pitched in Turin, on 23 and 24 November, at TorinoFilmLab, including Spanish director Carla Simón's new film Alcarràs

My Last Year as a Loser triumphs at the Vesna Awards 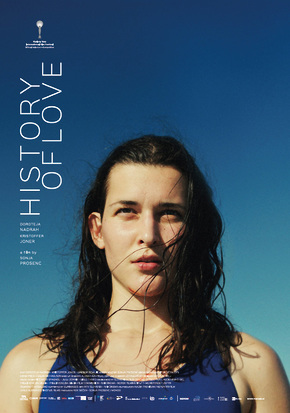 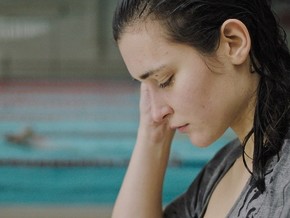