03/07/2018 - KARLOVY VARY 2018: First-time director László Csuja makes impressive use of a non-professional cast to tell the story of two youngsters with an ambiguous relationship

Blossom Valley [+see also:
trailer
interview: László Csuja
film profile] by Hungarian debutant director László Csuja features a non-professional cast and an up-and-coming crew, and it was developed through the Hungarian National Film Fund's Incubator programme, created to encourage young directors to make their first full-length feature films through a simple, low-budget scheme. All of this makes it a perfect fit for Karlovy Vary's East of the West section, where it has just world-premiered.

Laci (László Réti, in real life a Special Olympics champion in roller skating) is an intellectually challenged young man who works in construction with his uncle. But said uncle prefers him to stay in the workers' barracks, as it is simpler and cheaper for him. Bianka (Instagram celebrity, singer and model Bianka Berényi), on the other hand, is a homeless young woman with numerous friends and former boyfriends that she visits unannounced, asking for money or a place to crash.

Bianka has no qualms about just dropping into strangers' backyards and taking a skinny dip in their swimming pool, or entering a bar in broad daylight, cranking up the volume on the stereo and dancing wildly as the patrons look on. So it does not come as such a big surprise when she kidnaps an unattended baby in a park. And now, for all practical purposes, it's her baby, and this is how she presents it to others.

When Bianka and Laci meet accidentally, he quickly invites both her and the baby to stay in his room in the workers' barracks, and now the two pretend to be a couple with a child. As they can't stay there any longer than one night, they try to get Laci's uncle to let them sleep in a trailer in his yard, but he wants none of it, although he does buy the story that the kid is Laci's. So Laci borrows a stolen trailer from some criminals, and the three go on a road trip without any clear aim.

While characters like Bianka often seem unrealistic, perceived as quirky for the sake of quirkiness, and annoying on account of their lack of empathy, one actually grows to like the hero of Blossom Valley. Her freedom feels refreshing, maybe because the non-professional actress is natural and expressive without harbouring a visible need to impress. Laci, on the other hand, radiates innocence and kindness, so his flat-out acceptance of Bianka as she is, including the baby, is quite plausible.

The relationship between the two is pretty ambiguous. Is this love or just companionship? The two sleep in the same bed and hold hands, but there are no sex scenes in the film. With their psychological profiles in mind, maybe they don't know either – and with the theme of freedom that permeates the film, maybe there is no need to classify their connection in the first place.

This spirit is reflected in the technical contributions as well, especially the fluid, hand-held cinematography by Gergely Vass, who is also debuting on a feature film. The rhythm of the movie is dynamic, but the tempo is not too fast, courtesy of first-time editor Attila Csabai, who learned the ropes as assistant editor on Kornel Mundruczo’s films.

Blossom Valley was produced by Hungary's FocusFox, and the international rights are with the Hungarian National Film Fund.

“Fortunately, none of the actors read the script”

The director, who rose to fame with Loop, is in Budapest toiling away on his second feature, a FocusFox Studio production toplined by Péter Bárnai, Vivien Rujder and János Kulka

Girl wins the Golden Tower at the 25th EFF Palić

The jubilee edition of the Serbian festival, which also hosted the first meeting of the European Film Festival Network, has crowned the Cannes darling from Belgium, while At War got the FIPRESCI Award

A total of 16 titles from Southeast Europe, mostly directed by debutants and women, will be competing for the Heart of Sarajevo

KARLOVY VARY 2018: First-time director László Csuja makes impressive use of a non-professional cast to tell the story of two youngsters with an ambiguous relationship 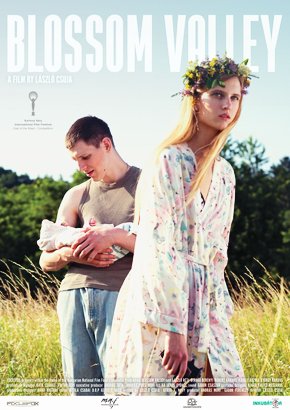 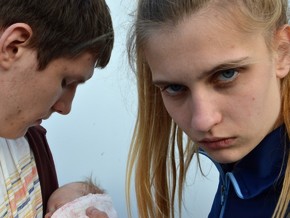 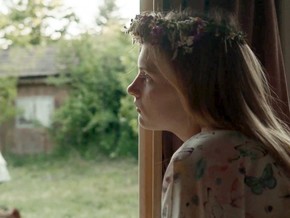