03/07/2018 - KARLOVY VARY 2018: The debut feature by Polish directorial duo Klara Kochańska and Kasper Bajon channels the spirit of Abbas Kiarostami in its examination of the migrant crisis in Europe

The majority of films dealing with the migrant crisis across Europe have done so from the point of view of said migrants. Debuting Polish feature directors Klara Kochańska (a winner of a Student Academy Award in 2016 for her short film The Tenants) and Kasper Bajon change the usual focus in Via Carpatia [+see also:
trailer
interview: Klara Kochańska
film profile], which world-premiered in Karlovy Vary’s East of the West competition, by filtering the experience through the eyes of a well-to-do middle-class couple.

Julia (Julia Kijowska) and Piotr (Piotr Borowski) are an affluent Polish couple who are dreaming of their next luxurious holiday. But Piotr’s mother reveals that she has been secretly saving money so that his father can be rescued from a refugee camp. Julia and Piotr embark on a road trip to the Greek-Macedonian border to fulfil her wishes, and there they start to see a Europe that has before only been available to them filtered through the eyes of the media. But as their end goal gets ever nearer, they begin to question whether leaving their comfortable lives behind was a good idea.

This is a raw and nervy piece of work that – given that it’s partly improvised – has a strong sense of documentary and realism as the camera closely follows the protagonists while they make their fateful journey. There’s also a strong sense of the “here and now”, as the film utilises contemporary radio and TV reports discussing the crisis. But these also work to distance us and the protagonists from the reality of the refugee situation. They are constantly separated from real life, observing the world from the safety of a car and their comfortable middle-class existence. As they inch nearer to their goal, and the brief encounters they have with others begin to bring reality closer to home, they find themselves confronted with the dilemma of whether they are able to break out of their cosy bubble. Certainly, the film comes across as a swipe at a sense of middle-class ennui and indifference, with people paying lip service to the terrible situations people find themselves in but not actually doing anything about it. The final moments are particularly savage, with a sense of resignation and defeat permeating the atmosphere. But while this tone is undeniably brutal and critical, there’s also a sense of exasperation – when faced with an issue as big as the crisis, is there anything that really can be done?

Kijowska and Borowski are compelling in the lead roles, both believably willing to do the right thing, but also flawed and human. Their chemistry holds the film together well, especially in some of the more staid moments set in the car.

Having had its world premiere in East of the West, Via Capartia should now pique a great deal of interest on the festival circuit, especially from those looking for an often brave piece of work by two young filmmakers whose future ventures will be anticipated with interest.

The film was produced by Poland's MD4, and was co-produced by Czech outfit Heaven’s Gate, Macedonia's Sektor Film, and Poland's Chimney Poland, Sound Mind and Kijora Film. The world sales are handled by IKH Pictures Promotion.

KARLOVY VARY 2018: We have interviewed Poland's Klara Kochańska, who has co-directed Via Carpatia alongside Kasper Bajon

Six films from Poland, Ukraine, Russia and Estonia were presented to an audience of film professionals at the Warsaw Industry Days

At GoCritic! Susanne Gottlieb reviews the Polish-Czech-Macedonian film directed by Klara Kochańska and Kasper Bajon, screening in East of the West section of Karlovy Vary

KARLOVY VARY 2018: The debut feature by Polish directorial duo Klara Kochańska and Kasper Bajon channels the spirit of Abbas Kiarostami in its examination of the migrant crisis in Europe

The River wins the Pitching Award at the Warsaw Industry Days 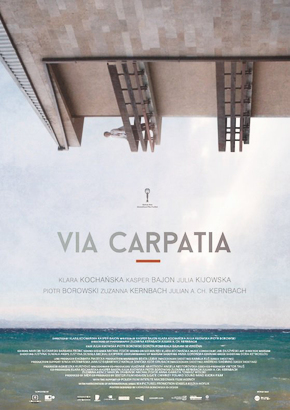 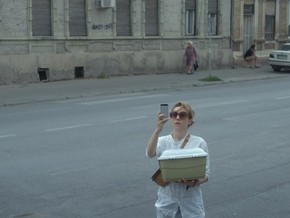 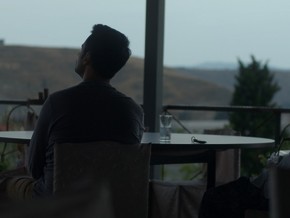