04/07/2018 - KARLOVY VARY 2018: Argentinian writer-director Ana Katz creates a tropical dream for a family going through a collective and personal crisis by the Brazilian seaside

Argentina’s Ana Katz has forged a multifaceted career as an actress, director, screenwriter and producer. She won an award at the San Sebastián Film Festival for her debut feature, Musical Chairs, her sophomore effort, A Stray Girlfriend, was selected in Cannes’ Un Certain Regard in 2007, while her previous film, My Friend from the Park, snagged the Screenwriting Award at the 2016 Sundance Film Festival. Her latest movie, Sueño Florianópolis [+see also:
trailer
film profile], is participating in the competition at the 53rd Karlovy Vary International Festival.

Set in the summer of 1990, an Argentinian family goes on a road trip from Buenos Aires to the Brazilian resort of Florianópolis. After an episodic 1,750 km trip, Lucrecia (Mercedes Morán) and Pedro (Gustavo Garzón), together with Julián and Flor, their teenage son and daughter, arrive at their tropical destination. There, a local man, Marco (Marco Ricca), will rent a house out to the family, although things are not as they appear. Lucrecia and Pedro, both psychologists, have decided to live “technically separated” after over two decades of marriage and are trying to reorganise their lives. Marco is also going through his own mid-life crisis, as he still lives near his ex-girlfriend Larissa (Andréa Beltrão) and with his teenage son, César. As the summer draws on, the relationship between the two former couples will become more perplexing and complicated. Likewise, the younger generation will explore new emotional adventures in the exotic setting of the seaside.

Katz, who co-penned the script with her brother Daniel Katz, creates a nostalgic and idealistic bubble set in a past that is not so far away chronologically, but definitely more so mentally. By using this “semi-retro” aesthetic, she also attempts to rekindle the memories of those viewers who might have lived through a similar experience – or wished for it. A holiday is the perfect time to liberate yourself and explore new things, especially when you are going through a crisis like the ones that all of the main characters are enduring, and especially Lucrecia. Personal issues, whether serious or trivial, can be put to one side as summer indolence conquers all. This is when deeper feelings start to emerge and desires become more profound.

Summing up, nothing is in its “right place” in this paradise, and similarly, Sueño Florianópolis fails to provide anything more than its apparently linear story. After the initial surprise, the dreamland feels schematic and stereotypical, and despite the performances by the ensemble cast, the movie only scratches the surface without diving into deeper waters. There are some, somewhat predictable, plot twists, but the conventional narration, in conjunction with the reluctance to evolve into anything as daring or spicy as the film often hints at, diminishes the sparkle of the Florianópolis dream. The movie thus remains a predictable, inoffensive, sweet, nostalgic portrait of lost memories and loves.

KARLOVY VARY 2018: Argentinian writer-director Ana Katz creates a tropical dream for a family going through a collective and personal crisis by the Brazilian seaside 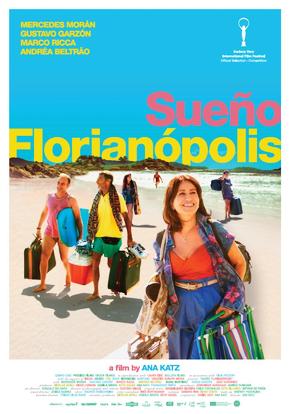 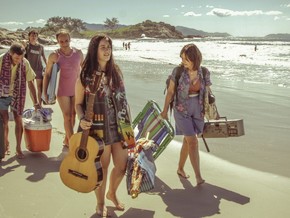 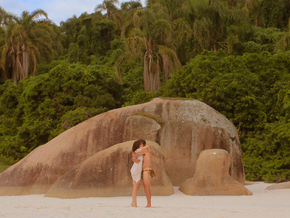