05/07/2018 - KARLOVY VARY 2018: Cypriot writer-director Tonia Mishiali focuses on the position of women in a conservative and patriarchal society with an emotional and realistic debut

Cypriot director-scriptwriter-producer Tonia Mishiali already has an impressive and long-running festival track record. Her shorts Dead End (2013) and Lullaby of the Butterfly (2014) were screened and awarded at more than 60 international film gatherings, including Locarno, Palm Springs and Sarajevo. In her films, Mishiali deals with subjects that touch on social issues and the role of women in modern-day society. This is also the main theme of her feature debut, Pause [+see also:
trailer
interview: Tonia Mishiali
film profile], which has had its world premiere in the East of the West competition at the 53rd Karlovy Vary International Festival.

Trapped in a turbulent and loveless marriage, middle-aged housewife Elpida (Stela Fyrogeni) is confronted with the first signs of the menopause, and both her body and her mind are being affected. Her crumbling relationship with her despotic and oppressive husband, Costas (Andreas Vassiliou), will amplify her emotional needs and emphasise the absence of communication between them. Her only connections with the outside world are her best friend Eleftheria (Popi Avraam), her car and her paintings. Elpida’s muted loneliness in conjunction with the ongoing symptoms of the menopause will cause her life to enter a state of limbo. Reality frequently starts to blend with her violent fantasies, where her true self emerges. Everything escalates after her encounter with a young painter and when her husband decides to sell her car. The titular pause could mark a fresh start for her.

Pause is a raw but fairly realistic portrait of the multiple emotionally flawed marriages and families that still dominate the patriarchal societies of Cyprus and Greece, among others. Elpida’s story, which was co-penned by Mishiali and Anna Fotiadou, could even be accused of lacking “originality”, as all the elements of it are so real that the barriers between fiction and reality are almost invisible. Elpida “shares” the same state of invisibility as another woman who is marginalised and forced to live on the sidelines of her own life, just because she is condemned to endure a domineering and exasperating relationship since it is impossible for her to gain her independence by herself.

Set in an almost clinical and drab apartment, lensed by Yorgos Rahmatoulin in his second collaboration with Mishiali, and haunted by Julian Scherle’s music, the images that Pause creates are frighteningly familiar, especially for whoever has been exposed to a similar conservative and almost anachronistic society. This is also confirmed by the director, who drew inspiration from the environment where she grew up. The whole experience is enhanced by Fyrogeni’s sublime and convincing performance as a spouse who must be constrained within her “territory”, as imposed by her husband.

Luckily, Pause is not just a depiction of an actual problem, as it succeeds in shining the spotlight on a slow-burning and devastating form of emotional and personal turmoil, which in real life is rarely expressed in words – and even less so through actions. The film will offer the much-needed voice that many women yearn for, as they will see a lot of themselves in the heroine. In her debut, Mishiali delivers an emotional film that comes straight from the heart, and despite the apparent bleakness, she still offers a ray of light, as the heroine’s name, Elpida – which means hope in Greek – suggests that there is a chance that change will come and there will be a new awakening for the position of women in society.

KARLOVY VARY 2018: We talked to director Tonia Mishiali about the importance of the story she tells in Pause, and the impact it could have on society in Cyprus and abroad

The 18th edition of Sofia Meetings announces its winning projects

Projects from Serbia, Bulgaria, Cyprus and the Czech Republic have scooped awards at the Bulgarian co-production market

Eight projects in development from eight countries in South-East Europe will receive €9,000 each

A total of 55 features will be available online for Romanian audiences to enjoy, starting 6 June

Keeping an eye out for emerging international and local talents, Cyprus’s biggest festival is about to kick off and has invited Udo Kier to chair the jury 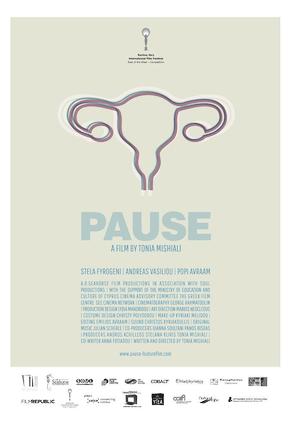 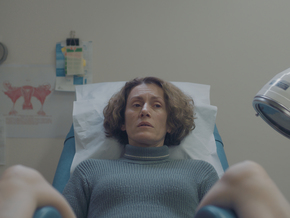 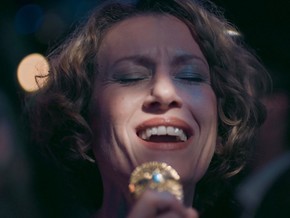