05/07/2018 - KARLOVY VARY 2018: While Turkish director Ömür Atay’s family melodrama does not always fulfil its early promise, there is plenty to admire about it

Turkish filmmaker Ömür Atay’s Brothers [+see also:
trailer
film profile] is a heady slice of familial melodrama that centres on the fractured relationship between two brothers and the secrets of the past that threaten to tear them apart. The Turkish-German-Bulgarian co-production received its world premiere in Karlovy Vary’s competition.

After spending four years in a detention centre, 17-year-old Yusuf (Yiğit Ege Yazar) returns home under the watchful eye of his brother Ramazan (Caner Şahin). As the reasons for Yusuf’s incarceration become increasingly clear – as well as the true nature of the secrets at the heart of the family – Yusuf finds himself facing a stark choice. Will he choose his family or morality?

Brothers provides a drip-feed of information throughout its duration, unveiling a new fact here or a startling revelation there. In this way, at least, the film carries a certain amount of intrigue as it shifts character motivations and perspectives. But as the last layers of the onion are peeled off, the movie settles into character stereotypes and a plot that never strays too far from the familiar. Narrative contrivances begin to pile up, such as the appearance of Yasmine, a woman whose convenient stranding at the family-run truck stop leads her to become a confidante to the dark secrets at the heart of the family.

But even when the plot becomes predictable, the film is somewhat saved by its strong performances: in particular, Yazar strikes a believable tone as young Yusuf, as he brings some quiet understatement to the role. But there’s an underlying sense of nerviness as well, a dam fit to burst as the secrets that he has been holding to keep his family together threaten to gush out at any moment. Şahin also has his moments as an ostensibly loving and caring sibling, but there’s always a shadow of the domineering and fearful within him. However, as the film wears on and the true nature of his actions begins to be revealed, there is a slight drift into the role of stock villain, rather than more of the nuance that was hinted at in the first half of the movie.

Atay does a creditable job behind the camera, often juxtaposing wide-open vistas with tight shots of dark rooms and confined spaces. There is often a sense of claustrophobia, as the world itself seems to suffocate Yusuf and his family as much as their secrets do. The family’s truck stop, where Yusuf shares a cramped room with his brother, is also a clever idea, placing Yusuf literally and figuratively far away from the mother whose forgiveness he so desperately craves.

This debut film from the almost 60-year-old Atay does not always fulfil its early promise, and anything for the movie beyond a festival run looks unlikely. But with some confident direction and performances, there are plenty of things to admire here.

Brothers is a production by Turkey’s Atay Film, and was co-produced by Germany’s Off Film and Fiction 2.0, and Bulgaria’s Chouchkov Brothers.

KARLOVY VARY 2018: While Turkish director Ömür Atay’s family melodrama does not always fulfil its early promise, there is plenty to admire about it

The Antalya Film Forum hands out its awards

The biggest development platform in Turkey has awarded 15 projects in six categories with prizes totalling €82,000 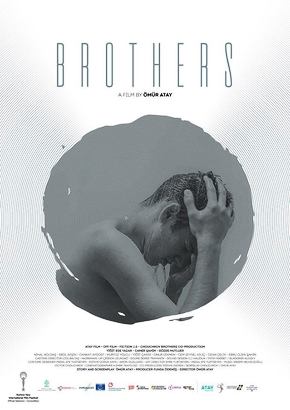