09/07/2018 - KARLOVY VARY 2018: The winner of Karlovy Vary’s East of the West competition is a blend of Kyrgyz folklore and family melodrama

Moscow-born director Elizaveta Stishova already has a number of well-regarded shorts behind her, including 2016’s The Seagull, a clever, engaging and vaguely satirical piece of work set in a Kyrgyzstan school, featuring an old teacher who wants his class to learn Russian and a new one who wants them to learn Turkish. She returns to Kyrgyzstan – and expands on some of the themes touched upon in her previous work – in her debut feature, Suleiman Mountain [+see also:
trailer
film profile], which won the East of the West competition at Karlovy Vary.

We begin with Zhipara (Perizat Ermanbetova) entering an orphanage and being overjoyed at finding her long-lost son Uluk (Daniel Dayrbekov). She rings her husband Karabas (Asset Imangaliev) to tell him the good news and – as his son is spewing forth tales of how his father is as strong as the heroes of Kyrgyz myth – he soon appears, drunk, shambling and with his second, pregnant wife Turganbyubyu (Turgunai Erkinbekova) in tow. But the strange foursome jump into his decaying van and – with Zhipara earning money as a healer and Karabas hustling and stealing wherever they can – they try to eke out an existence within the shadow of the imposing titular Suleiman mountain.

There is a certain amount of recognisable melodrama here with the plot beats feeling very familiar: boy idolises father; father turns out to be a complete wastrel; the brutal reality of the situation soon hits both of them. But this sheen of familiarity is undercut by Stishova and screenwriter Alisa Khmelnitskaya’s intelligent interweaving of some traditional narrative tropes with an examination of Kyrgyz folklore (alongside a timely view of hyper-masculinity and women being treated as second-class citizens). Zhipara may use her skills as a form of hustling, but there is genuine belief within her. The scenes depicting the practices and folk songs of a country that is not well known to many are fascinating and exotic. But it never feels like an exercise in cheap, touristic voyeurism – this is a tale that reconciles unfamiliar territory with an always recognisable story.

The performances shine, with each bringing another element to the film and also an intriguing sense of duality – Imangaliev manages to make Karabas charismatic but almost pathologically reckless and selfish, while Ermanbetova imbues Zhipara with a steely, spiritual determination tinged with a sense of desperate loneliness. The same goes for the boy at the centre of it all, as Dayrbekov gives an incredible turn as an innocent yet scarily worldly Uluk.

These juxtapositions continue in the cinematography, with Tudor Vladimir Panduru’s camera showing the wide-open vistas of the Kyrgyz countryside next to the cramped and claustrophobic “home” that our unusual family inhabits. Much like the protagonists, the country is fighting to contain two different elements: the folklore of the past and, in the years following its release from Soviet rule, a future brimming with the pleasures and pains of modernity.

The film has already screened at a number of major festivals, including Toronto and Palm Springs, though perhaps without a huge buzz filtering back to Europe. After its European premiere in – and subsequently winning – Karlovy Vary’s East of the West competition, there should be a resurgence of interest in the movie, and some arthouse theatrical interest would not be totally out of the question. When you consider that a legend like Larisa Shepitko made her debut with a film set in Kyrgyzstan, Stishova’s future career will be one to watch with much interest.

Suleiman Mountain is a Kyrgyz-Russian co-production. The production companies are Laeto Films, Virtual Kick Studio and Y-Yatsura for Russia, and Aitysh Film for Kyrgyzstan, and the sales are handled by Russia’s Antipode Sales & Distribution.

KARLOVY VARY 2018: The winner of Karlovy Vary’s East of the West competition is a blend of Kyrgyz folklore and family melodrama

Pingyao 2017: Where the old meets the new

Female filmmakers have triumphed at the first edition of the Pingyao Crouching Tiger Hidden Dragon International Film Festival, held in the ancient city named as a UNESCO World Heritage Site

13 feature films from the Baltics, Scandinavia, Central and Eastern Europe, Russia and Ukraine will vie for the Eurimages Award 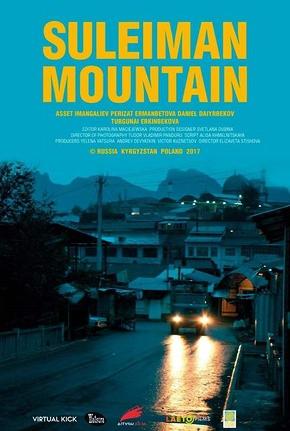 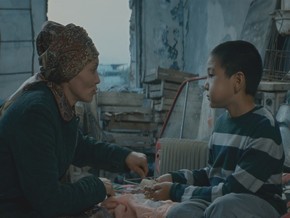 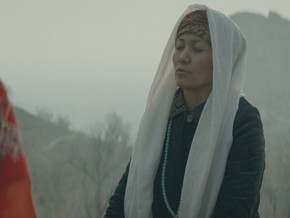