09/07/2018 - KARLOVY VARY 2018: Shown as part of the Special Events, Šimon Šafránek’s entertaining first feature documentary is a loving portrayal of the surprising skateboarding phenomenon in Czechoslovakia

Although focusing firmly on the 1970s and 1980s, it’s funny how little is explained in Šimon Šafránek’s King Skate [+see also:
trailer
film profile], screened as a Special Event at the 53rd Karlovy Vary International Film Festival. What’s even funnier is that it quickly becomes apparent that no explanation, let alone background information, is actually needed, and to enjoy it, one doesn’t need to know a single thing about either skateboarding or Czechoslovakia. For a film about a specific period of time in a specific country, scored to the likes of Devo, Sex Pistols, The Clash and Pravda, it actually proves surprisingly universal.

And it’s personal, too, as it’s assembled from hours and hours of never-before-seen archive footage, shot in 8mm by the protagonists themselves. Now well in their sixties, Ivan Zobák Pelikán, Petr Forman (son of Miloš), Luděk Váša and others pop in for a chat, revisiting the places where they used to ride and rustily trying to repeat their old moves. But King Skate is mostly about a bygone era, and the material chosen by Šafránek is nothing short of spectacular – it turns out the boys were just as carefree with the cameras as they were with their skateboards, and were quite unapologetic about their glory days. This is especially the case when they were asked about women, sometimes referred to as “stickers” – because they would just “stick to them”. “I never liked female skaters, but some of them looked hot,” says one, just before Šafránek dives into never-ending close-ups of evenly tanned body parts. In King Skate, hormones are running high, and political correctness scratches its head in confusion.

But – predictably – it’s not just about guys horsing around. Inspired by the gloriously titled book Prkýnka na maso jsme urizli by Michal Nanoru and Martina Overstreet, which could be roughly translated as “We Cut Our Chopping Boards”, the DIY culture shown here should put all skateboarders to shame. Highlighting the lack of any basic equipment, not to mention any parts readily available unless brought straight from the United States by somebody’s father, Šafránek revels in stories of wheels made from hockey pucks and bearings made out of grenades. He is not alone, as the resourcefulness exhibited here is certainly bound to scare and inspire in equal measure.

Still, apart from its extreme watchability, what strikes us most about the film is the fact that Šafránek finds time to focus on individual experiences and somehow ends up with an accurate portrait of a generation. A generation that, it must be said, still doesn’t care much for sympathy. While affording small peeks into the regime, when every whiff of the West was coveted and valued, instead of dwelling on what they were missing, the skateboarders gleefully come back to a time when they were running around in the forest, “eating” beer and not having a care in the world. Such moments of unabashed, explosive freedom come as a bit of a surprise, given the often-grim surroundings, but perhaps they shouldn’t. Not with all of these bearings made out of grenades.

King Skate was produced by the Czech Republic’s Negativ and co-produced by Ceská Televize and MagicLab. It is being distributed by Aerofilms.

KARLOVY VARY 2018: Shown as part of the Special Events, Šimon Šafránek’s entertaining first feature documentary is a loving portrayal of the surprising skateboarding phenomenon in Czechoslovakia 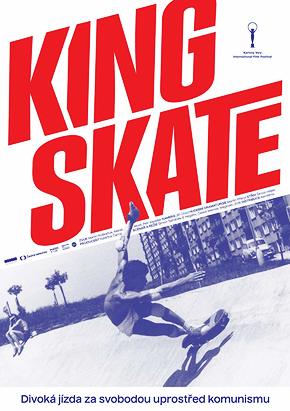 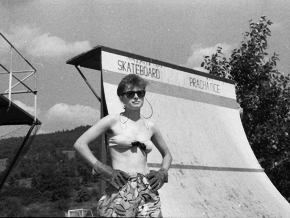 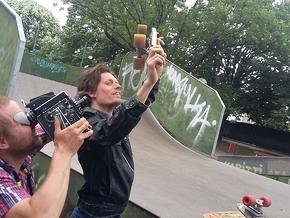 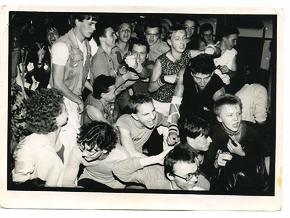