"You can theorise about anything you want, but I trust my intuition." A very original character stars in Summerhouse [+see also:
trailer
film profile], the second fiction feature film by the Croatian director Damir Cucic, discovered thanks to A Letter to My Father [+see also:
film review
trailer
interview: Damir Cucic
film profile] – a filmmaker who loves to navigate the blurred lines between fiction and documentary, a game he has previously played in The Spirits Diary and Mitch-Diary of a Schizophrenic. Unveiled in world premiere and in international competition at the 29nd edition of FIDMarseille (from 10 to 16 July), his new film focuses on a blind man who roams the corridors of a vast clinical hotel – nestled in the middle of the countryside and empty during the winter months – while embarking on a journey through human frailty and childhood trauma.

"I like to approach things from an unexpected direction." The blind Vojin swims lengths in a deserted indoor pool and then fumbles around in his hotel room drying his hair and getting dressed before meeting thirty-something-year-old Marina at the hotel bar. An enigmatic beginning to the film sees the duo clearly getting to know each other over a solitary meal that ensues in the hotel's huge dining room, as if they are both stupefied under the bright lights. An introduction that is refined with a much more intimate face-to-face meeting in the calm of a hotel room, in which Vojin questions Marina about her childhood while recording the conversation. Little by little, a sort of therapy session ensues, with the woman revealing in snatches and with difficulty – occasionally gently prodded by the person she is speaking to – the circumstances of a rape that occurred when she was a teenager ("I stopped shouting because I knew it was useless, there was blood on my thighs.") A story interspersed (or superimposed) with scenes of the blind man walking through the corridors of the hotel and scenes showing meditative Marina in the sauna or in her bathroom (cleaning herself, "freeing" herself...) before leaving the film and hotel, soon to be replaced by another character, a man who will explain, in the same way and after some curious detours, how a thirty-year-old teacher seduced him when he was only 13 years old. A third story closes the loop with an old man recounting the events of the Second World War and the voluntary exile of his family to work in Germany, then to Lublin where they were transferred ("we were tasked with managing a bar-restaurant called Sesame, which belonged to a Jewish family, whom we knew nothing about") close to Majdanek extermination camp. A 10-year-old boy at the time, the story recounts his horrific perception of pieces of bread trampled underfoot as he tried to give them to deported Ukrainian children walking past his house, his memories culminating in the confession of a sexual assault by a soldier.

Very sophisticated in its apparent simplicity, composed of very polished fixed shots and evocative soundscapes, Summerhouse methodically and subtly carves out the symbolic dimensions of its setting and text. Intriguing and interesting, the film presents a relatively tenuous psychoanalytic foray into childhood violence in a very realistic way, a film that could fully fit into the field of documentary, but which the director mixes together to such an extent that it's almost impossible to pin point the whys and wherefores. A deliberate yet skilfully infused opacity (the main character is doing a recording for a radio show, which is never really explained in the film), which passes by at a rather slow pace, but which we must succumb to in order to be lured in by the strange and ascetic charm of this hybrid film.

Summerhouse was produced and is being distributed by Spiritus Movens Production.

Sonja Tarokić’s feature debut, The Staffroom, to be presented at Karlovy Vary 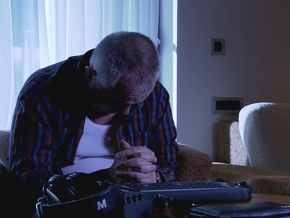 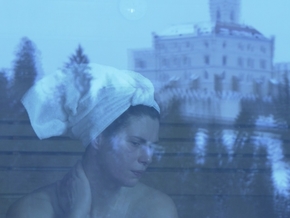 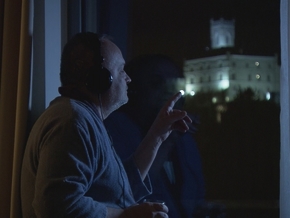